The Wendover Arm was opened in 1797. It was originally built as a feeder to bring water from springs at Wendover to the Grand Junction canal main line. It was decided to make it navigable and was busy serving wharves along it`s 6.5 miles. Many failed attempts to stop leakage ended in the canal being closed to boats in 1897.
The Wendover Arm Trust formed in 1989 completed phase one from the stop lock to the present end of navigation in 2005. This included the Little Tring bridge build. 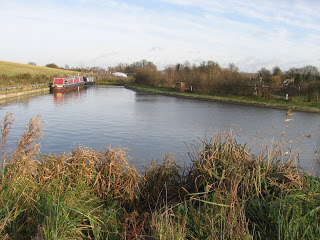 This is the winding(turning) point on the Wendover. Straight ahead is filled in and is used as storage by the Trust. It is also the access point for the machinery used in the restoration work. 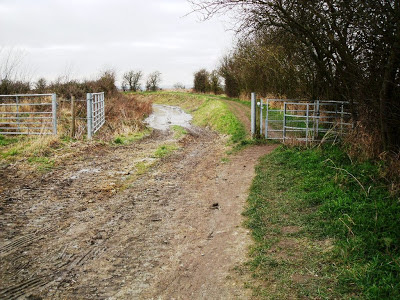 This is the storage/access area used by the trust. Towpath is on the right and the muddy canal bed can be seen. Easy access to this point is from the new bridge at the winding hole just walk past the houses and you will see the entrance a very short distance past the last house. 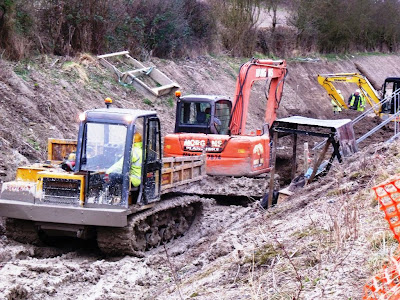 The equipment has to travel through deep mud to reach the work site. 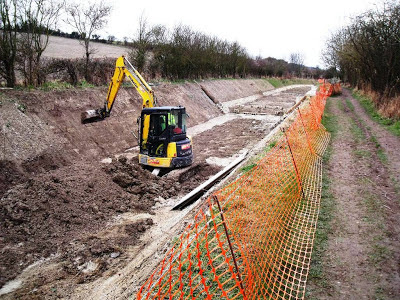 The sides are shaped in sections of about 70feet , both sides remember. 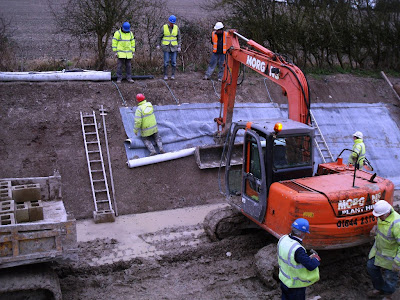 Next the self sealing  Bentomat liner is fixed in place and rolled down the slope. 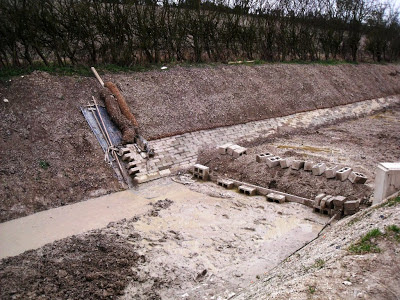 The liner can be seen here on the last section worked on. The liner being laid above is a continuation of this section.  The liner comes down both sides and across the canal bed. The bed is then covered as can be seen on the right. Those blocks on top of the earth bed are the bottom course that the concrete bricks are laid upon. On top of the bricks is laid Coir Rolls to hold up the grassed bank. 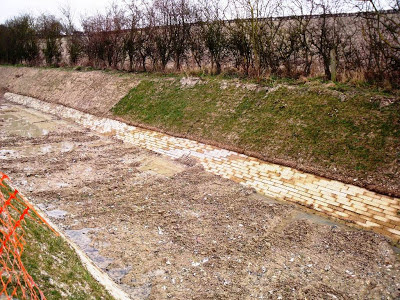 This is the previous section to that above and you can see the length of the section last completed. 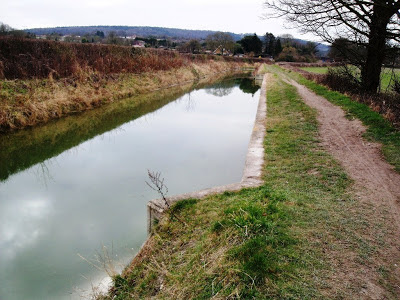 A finished section complete with visitor moorings. In this Wendover Trust working party newsletter can be found some interesting figures in the progress report section. 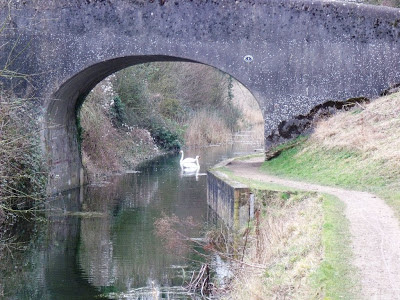 Bridge 5. Just beyond this bridge are the steps to the church. 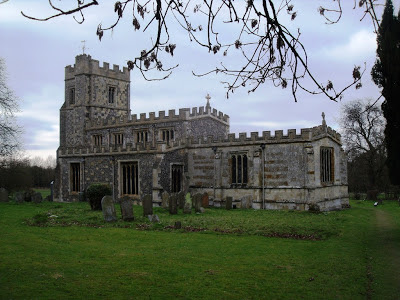 The Parish church of St. Mary the Virgin, Drayton Beauchamp restored and partially rebuilt from the previous structures. It can be accessed via steps from the towpath. 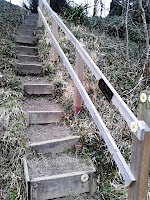 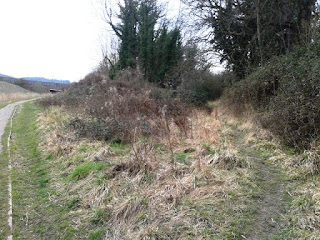 Just past the steps to the church is the point the canal has been re -routed. In the picture on the right the old route is to the right through the trees. Ahead on the left can just be seen the reason for the diversion the bridge carrying the road that by passes the small towns and villages in the area. While constructing the road Saxon graves were unearthed. Just beyond the new bridge the old and new sections merge and a winding hole has been created.
Posted by Les Biggs at Tuesday, March 12, 2013