Cow Roast and Dudswell locks. Then and now.

We spent a couple of days at Cow Roast then decided to move on. As we took on water by the lock I tried to re-create the old picture from the Gerald Massey site. Owing to the private moorings now occupying where the old working boats are moored I am closer but you can see not much has changed over the years. 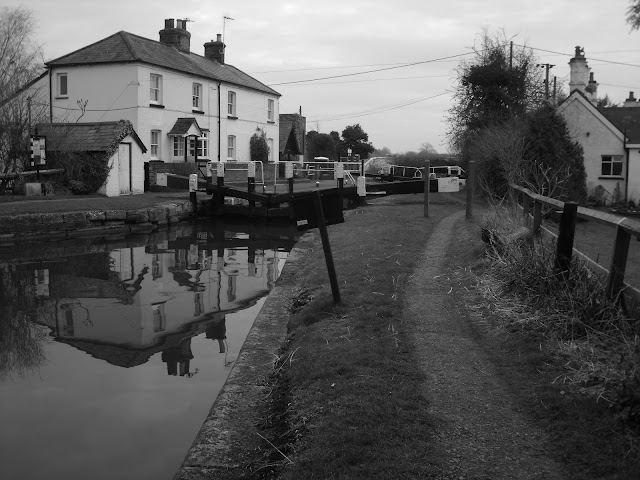 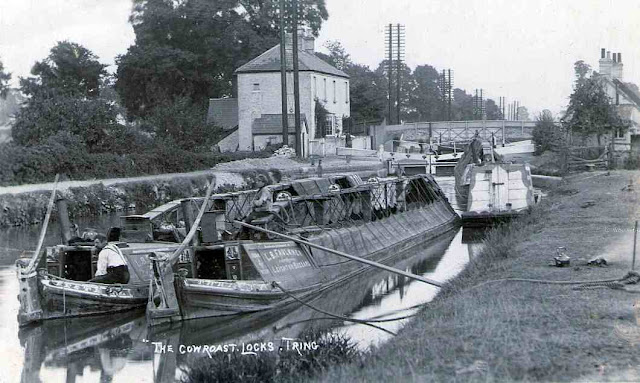 The first of the Dudswell locks No.47, just back around the bend, was a joyful sight with lots of wood to be cut from two fallen trees. Jaq brought the boat up to the lock on the offside and we spent an hour with the chainsaw.

Above and below pictures of  Dudswell lock 48 on the Grand Union with quite a few years between. 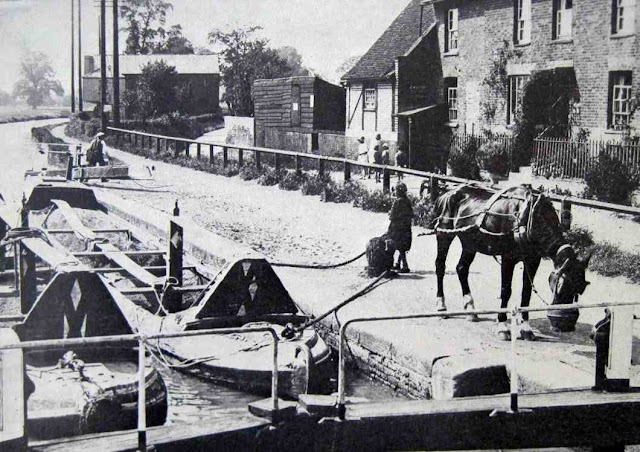 ©http://gerald-massey.org.uk/canal
The small wooden building has been re-placed by a sturdier looking one. Also in the old picture one of the two buildings further along the lane appears to have been removed.
I would guess the horses liked all the locks being so close together as it gave them a lot of breaks from pulling those boats.
Just a few locks on and we spent 3 days in Berkhamsted after which we needed to seek peace and quiet away from the town but it served it`s purpose with supplies and a few wants loaded  aboard.
Posted by Les Biggs at Friday, March 15, 2013

Les:
a year older, eh?
Saturday?
Congratulations...
May your dear wife bake you a delicious birthday cake!
May your pension cheques arrive
with proper and due dilegence
henceforth.

I spent an absorbing half hour browsing your website - well done!

Hope you enjoyed my canal e-book. At present I'm working on a similar effort to that on the GJCC, but this time taking on its (former) near neighbour at Tring, the London & Birmingham Railway. Another two year project, I guess.

Hi bryce
jaq has asked for my choice of B`day cake.
Not sure yet perhaps Carrot cake.

Hi John
Some more pics to come but take a look at the site I quoted it really is excellent.

Ian
many thanks for use of the images.
look forward to the railway piece.