Going to try and include more pictures of the canal for folk back in the U.S. so they can get more of an insight into the life of Jaq nowadays.

The decision to move away from the reservoirs was made after 8 days. Family had come back and forth and now we were to go into Luton on the bus to have dinner with family without transport at the moment. In the past - this might be useful to other boaters - the 61 bus ran past the White Lion and the Bluebell tearooms and provided a link to Luton, Aylesbury and Tring hourly. Now the 61 has been routed via Bulbourne and the 164 runs through Marsworth 2+ hours between buses. So being near the Bulbourne end makes it easier especially returning after dark.
As it happened son Kev gave us a lift back when he finished work, thanks son. 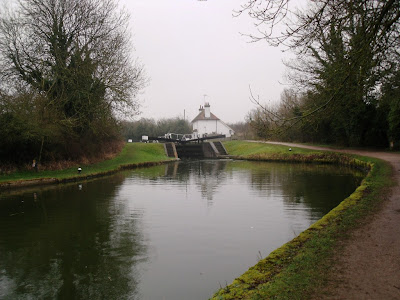 The cottage part way up the lock flight was recently sold and now has an extension on the back. In case anyone is interested this is where you can spot at least 3 old working boats taken out on the Wendover arm and slid down the incline to rest just past the cottage. Just walk past the cottage and look through the trees. Better in winter before the trees hide them away. 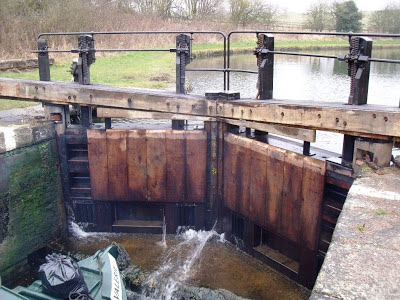 A recently fitted new set of lock gates but still slightly leaking. The gates weigh about 3.5 tons each and are made of British Oak. Canal River Trust have about 1600 locks to maintain and this year 173 gates will be replaced across the system. A lock gate has a life of 20/25 years. 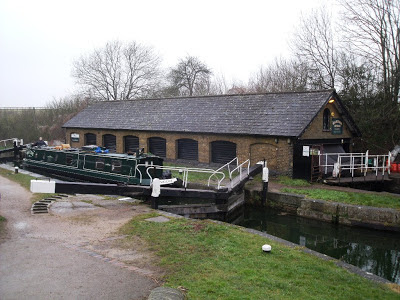 This is the top lock 45 on the map (see last post) just near to point C. I am taking the picture from the bridge over the Wendover arm Junction ( see 2nd picture below). 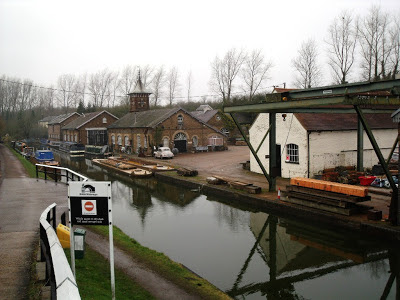 Just a half mile on from the lock we filled with water and turned the boat . We are moored 3rd boat on the left. The bus we need runs just behind from where I have taken this photo. 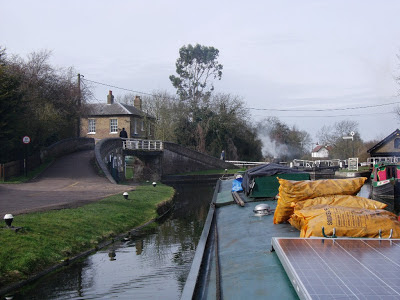 So after a couple of nights we make the short journey back to the junction by the top lock. This area was the location for part of the 1964 film `The Bargee`. The building, bridge and lock all appeared in the film. http://youtu.be/CdNj4_iDpzg 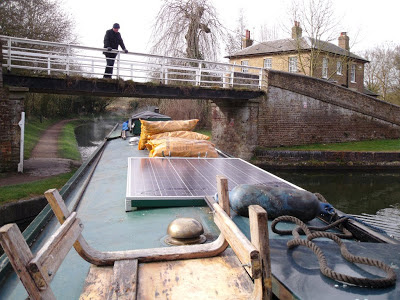 This time we turn under the bridge into the Wendover arm. I think the guy on the bridge had his doubts about me getting round in one go as he gave a nod of approval as I passed below him. 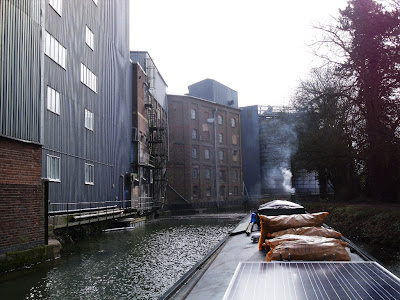 The modern day view of Heygates Flour Mill. Below the same scene when part of the site was occupied by Bushell Bros. boat builders. 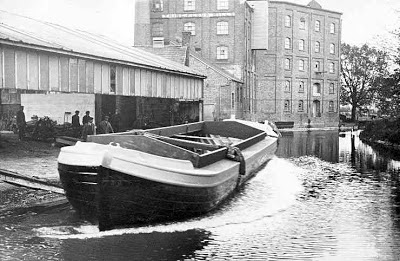 
Next to the Mill, where the tree is, there once stood a Windmill built in the earl 1800`s and demolished 1930. In those days the mill would have milled a half ton per hour. Now Heygates mill 100,000 tons each year, about six tons per half hour. Bushell`s yard was here from 1875-1952 and replaced an earlier boat repair business started in 1850. Heygates can be seen on the map in the bottom right side on the way to point D.
Further along the Wendover arm is little Tring bridge number 3 built in 2000 by the Wendover Arm Trust. The original built around 1797 was demolished in 1973 and the road past across the canal bed on the level. The canal at this time was dry with a dam near to the pumping station being the limit of navigation. 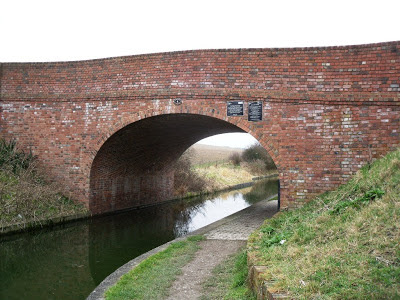 The new bridge is concrete and is brick faced to match the original. It is also wider giving more room on the roadway it carries. So now we are at point D  the end of navigation on the Wendover arm and will moor just through the bridge.
A lot of work to re open the 6 miles or so into Wendover is taking place. More on this next time.
Posted by Les Biggs at Sunday, March 10, 2013