Through Bourne End and Winkwell

This is a nice stretch of canal through Bourne End with the back gardens of the houses running to rivers edge. The River Bulbourne has flowed alongside the canal for some miles now and it has been 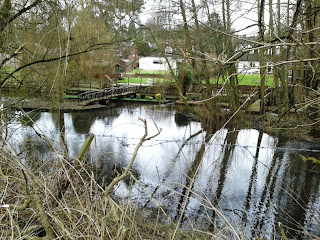 the water source for Cress beds along much of it`s course. It merges with the canal in places and joins the River Gade at Hemel Hempstead. 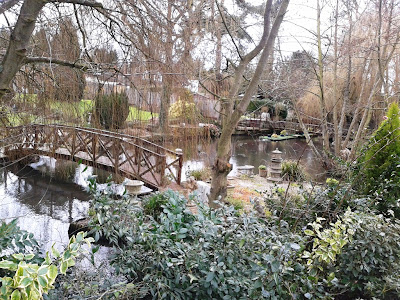 Next obstacle for cap`n Jaq is Winkwell swing bridge carrying a single track lane across the canal. 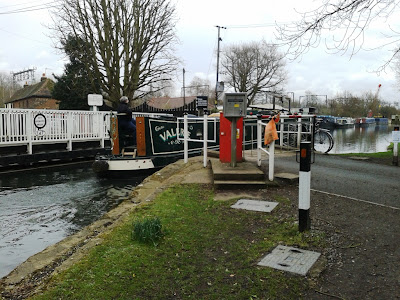 It probably takes 5 minutes for the whole sequence to swing the electrically operated bridge but for sure small as this lane is it never ceases to amaze me the number of cars that end up queuing to get across. 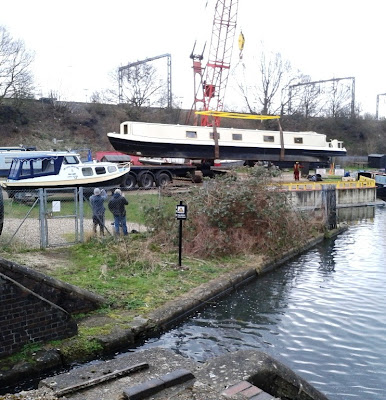 A new build wide beam is being craned in as we arrive at the next lock. Being very quiet with little boat movement we spent a while in the lock watching with interest. You notice the Yellow barriers around the launch area well they are in case they drive the crane into the canal for a second time! 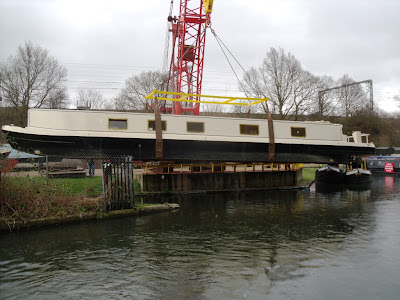 The crane has the boat and the lorry has moved away 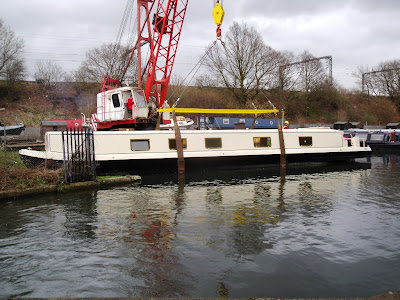 and into the water it goes. 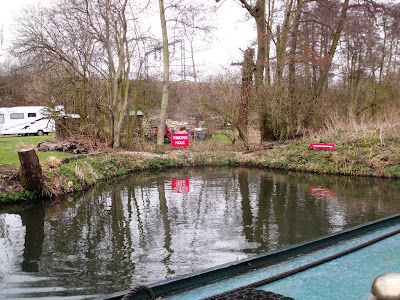 This is the winding(turning) hole just next to the marina. I`m thinking the marina owner has clarified the location with Red signage probably fed up with boats turning in front of the marina moorings.