The Aqueduct at Nantwich has been leaking for years not from the iron trough but through the bank next to it. Contractors were on site to plug the leak by pumping grout under high pressure 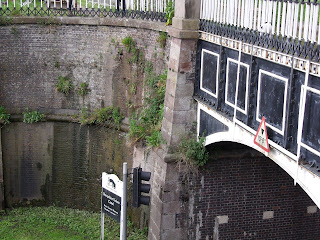 through several bore holes that had been made in the towpath. Once they had detected the wet
spots the grout went in and a couple of days later i noticed the brickwork was drying out so it
seems to have done the trick. 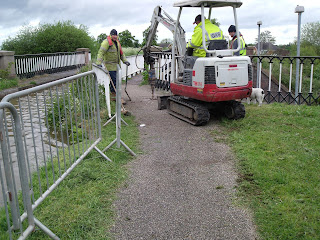 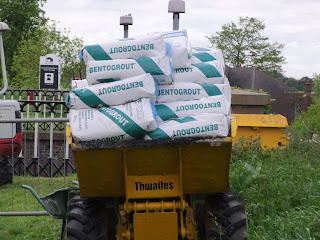 Since coming off the Llangollen i have or was (not there now) moored up longer than the 48hrs
allowed, the reason was i had an appointment with a mobile Vampire and had mixed up the dates but more on that next time.
While here it was nice to meet up with fellow blogger and good friend Sue who together with hubby Vic cruise the waterways on No Problem.
Sue and Vic have recently had some work done on No Problem and very smart the interior now looks. 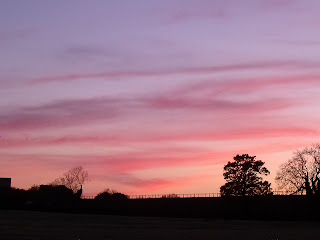 I`ll leave you with the sunset over Hurleston Reservoir.
Posted by Les Biggs at Monday, May 25, 2009