The Whixhall & Bettisfield Mosses are located between bridges 45 & 47 and the Welsh Border mentioned later in this blog is about half way between 46&47. If you click on the link above the map will show the canal and the Prees arm and to the left of the arm on the canal bend by the `A` of Taraloka is where i entered and took the pictures. Just scroll the map around. The black line going through the `r` of Shropshire union canal is the Welsh border where i took the pictures lower down.
Commercial Peat cutting stopped here in the early 1990`s and it is now a nature reserve covering 2,300acres 70% of which is in Wales. Walks of 2-4 km are clearly marked and mapped at various entry points along the canal. 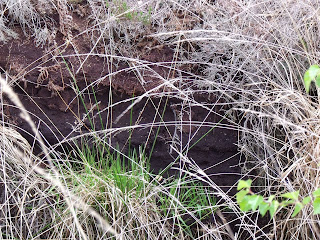 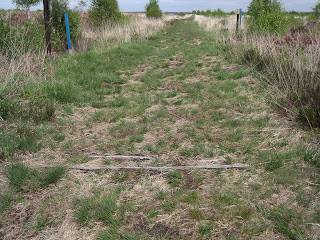 Just the odd wooden sleeper is all that remains of the large tramway system that covered the Mosses taking cut peat to the old works below. 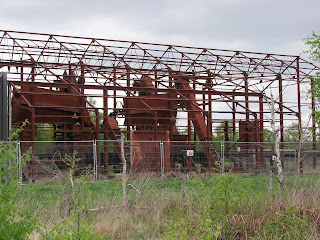 As well as crossing the England/Wales border at Chirk it is also crossed near Bettisfield between the Prees Arm and bridge 49. The entry into Wales is brief lasting only about 1 1/2miles before once again entering English Shropshire. 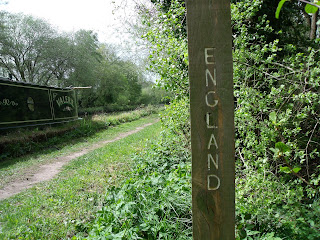 So here we have NB Valerie not sure of her nationality with her stern still in Wales and below the
bow back in England. Me i went to the galley in Wales and made a Paned o De then sat on the front deck to drink my cup of tea while she decided. It seems NB Valerie is English as when i started the engine she cruised into England. 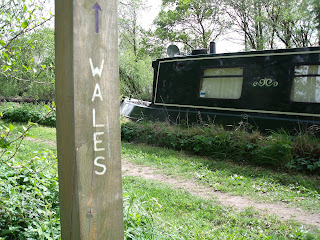 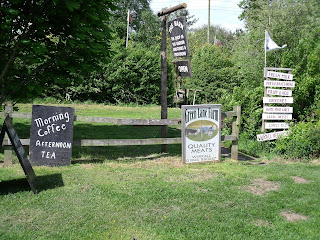 with home made cake. So walking through the gardens the shop is in the Barn at the top of the yard. Enquiring after chocolate cake the lady told me she had just taken some chocolate Brownies out of the oven and off she went into the farmhouse returning with a tray of still warm cakes.
Half an hour later, well we were chatting, i exited with 8 brownies and a 4 pack of beef burgers.
Now as this all happened a while ago i can tell you that those burgers were 95% meat produced on a friends local farm and they were fantastic unlike the Bird`s Eye ones i last had that contained god knows what and shrunk to the size of almost bottle tops. 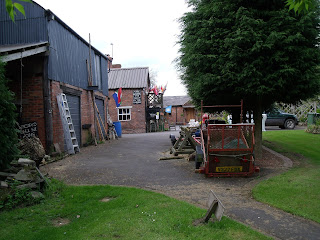 Give the place a try if you pass by and have a look through the second hand books for sale and enjoy a chat with the friendly lady who cooks so well.

Swan update: now 2 chicks hatched and i think i can see just 2 more eggs.
Posted by Les Biggs at Wednesday, May 20, 2009