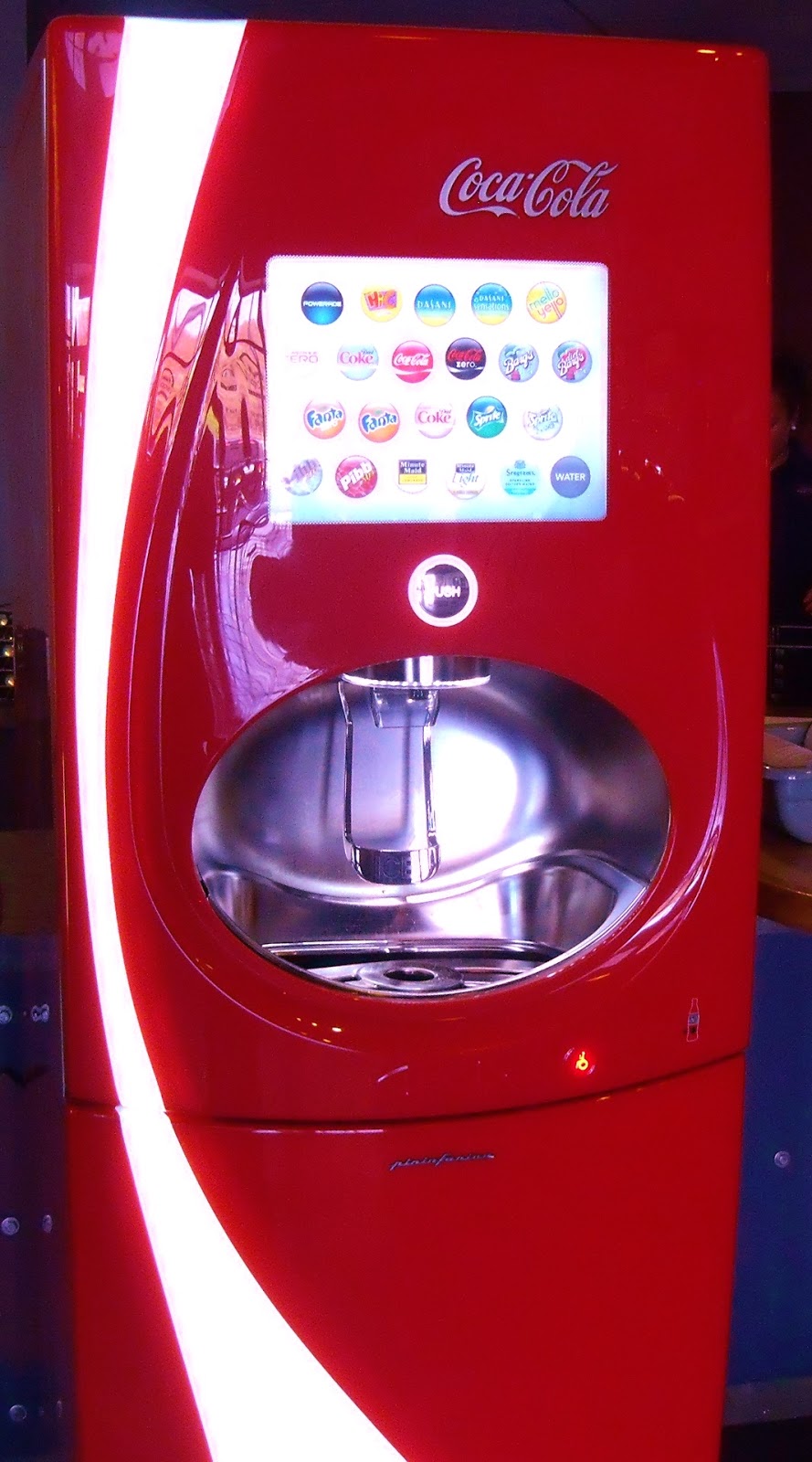 Coca-Cola Freestyle is the latest drinks machine here across the pond. I came across this one in the cinema where we nearly saw the latest Bond movie Skyfall. I say nearly because although the commercials played ok the projector said NO when the film was due to start so a refund was given to all. 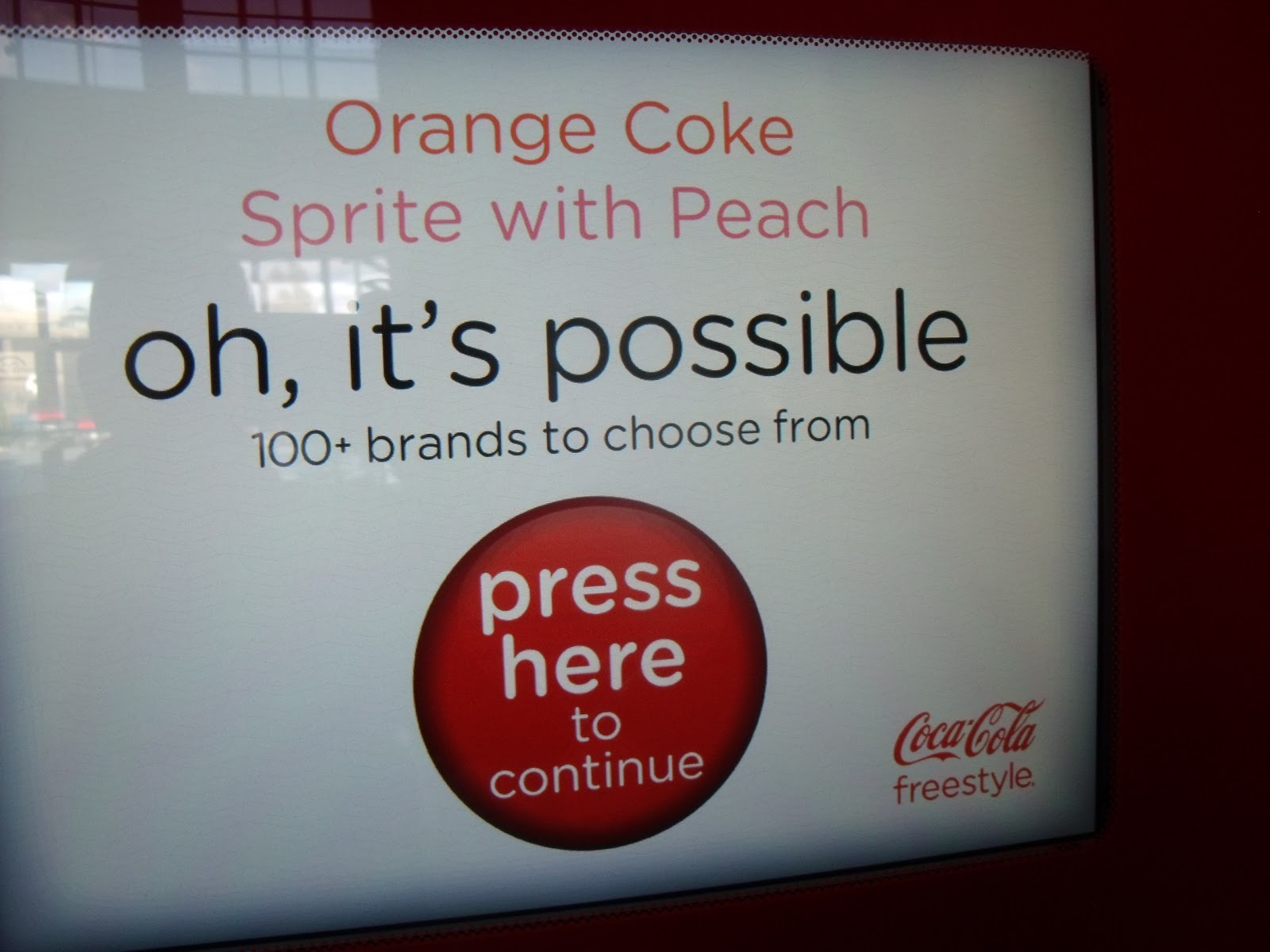 This machine, the Freestyle, will dispense a hundred different flavours, yes that is 100.
In the UK a deal struck with Burger King means it is already amongst us Brits. In the greater London area since last June 16 BK`s have had the machine on trial. The `press here` button on the right brings up the screen below. 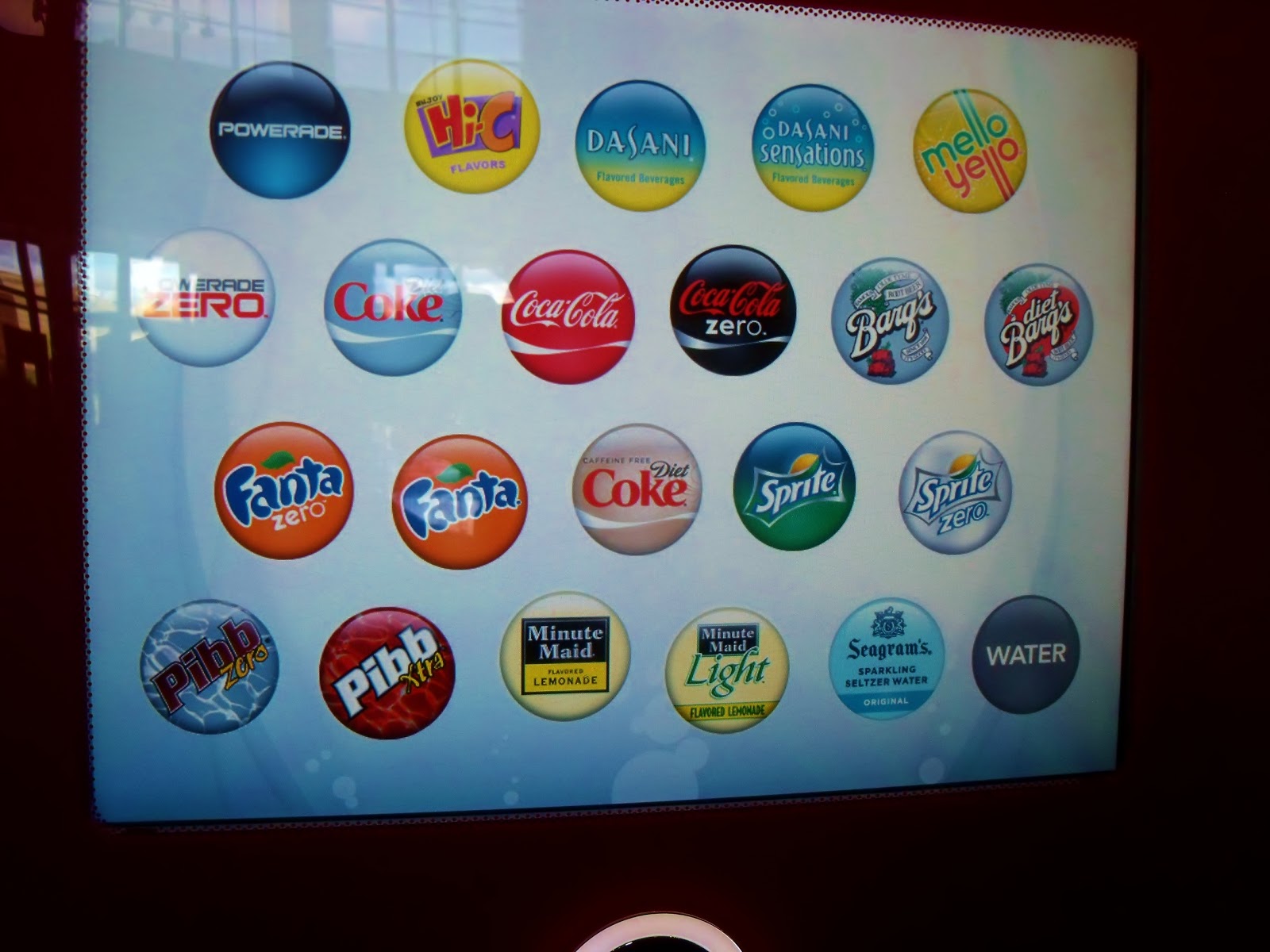 Selecting Fanta above gives us 7 flavour options as listed on the screen below. 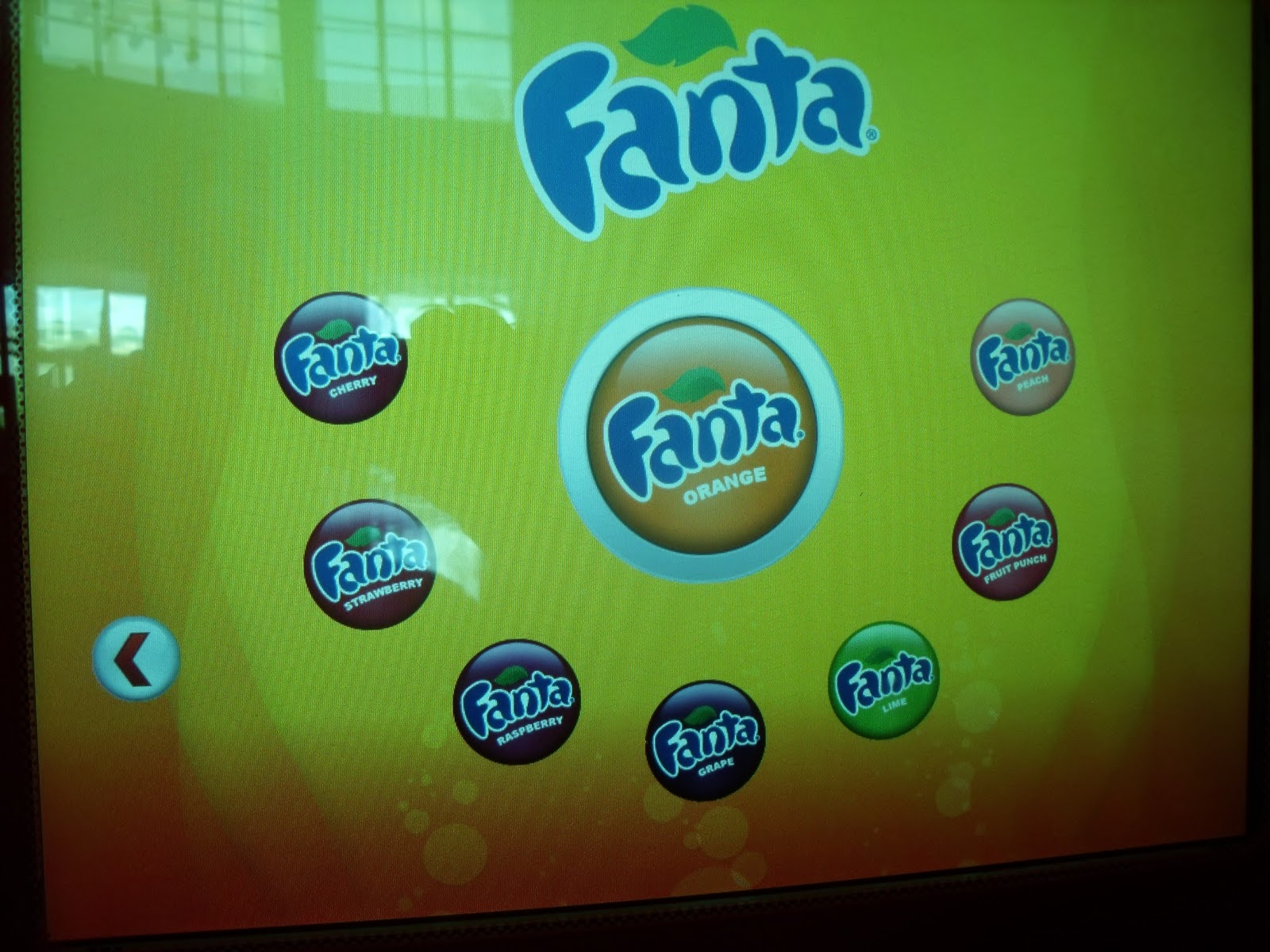 Peach Fanta?  Perhaps Grape, Lime or Raspberry flavoured Fanta. Will it catch on in the UK.....of course it will. Do we need it...well I was going to say NO but without the freedom of choice and speech our civilised society`s give us life would be dull and after all you don`t have to buy a drink.
Check out the full list of all the drinks  HERE.

I did not use the machine but others did and together with their mega buckets of popcorn had plenty to carry out to get the ticket refund.

Not sure what cinema prices are in the UK but here the full adult was $9(£6). Adults 55+ and children below 12 were $6(£4).
Senior discounts seem popular here with some supermarkets on certain days giving a discount. I received 10% on Amtrak and Jaq received a 55+ discount in a department store.

Sorry you missed the film - we both loved it - the best yet. I hope manage to catch it in due course. FYI - we paid £2.95 each - special Tuesday rates!

Saw one of those in my local Burger King the other week in Leyton, didn't use it though as we opted for milkshakes. Gladf you are having fun!! LOL. Carol BV

Hi Jennie/Chris
That`s about $4.5 U.S. not bad. I would not have minded paying double if the film had run.
Hope all is well....
Les

Hello Carol
Yep I suppose Leyton comes under the Greater London umbrella.
Heading London mid December but not sure when we will arrive. Need to check stoppages so we must meet again.
Les