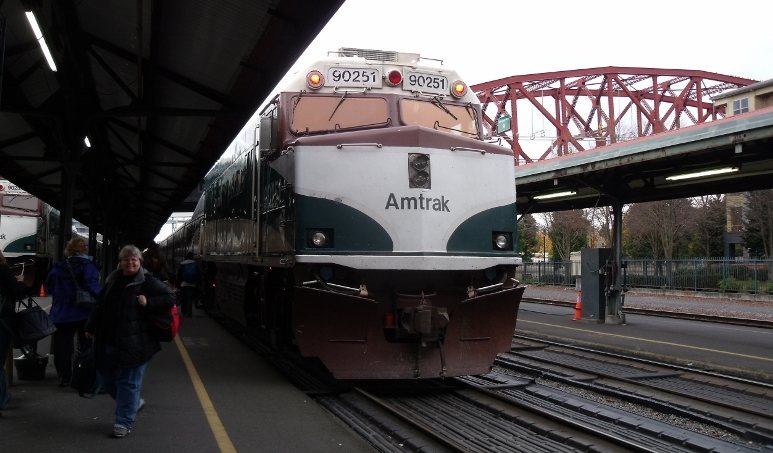 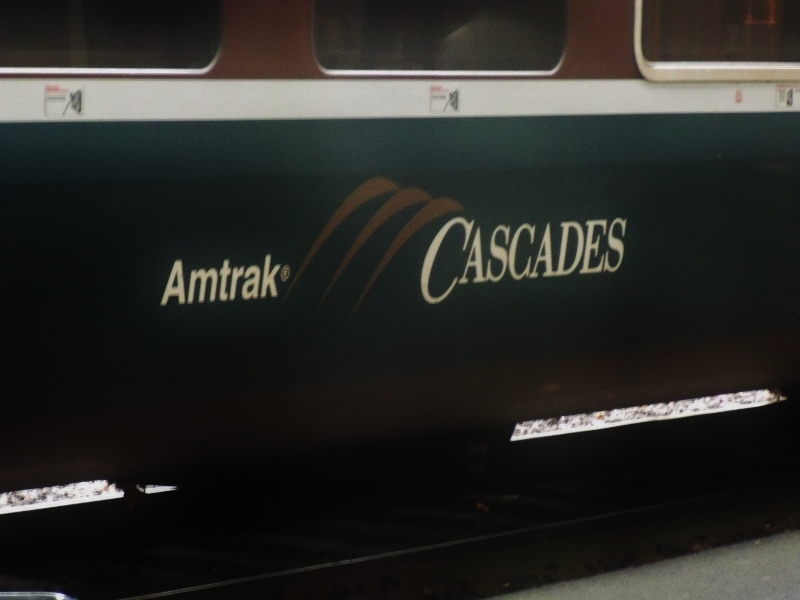 I am writing this post as we travel on the Amtrak Cascades train from Portland, Oregon to Tacoma,Washington. The overhead sat nav screen is similar to the one on the plane and tells me we arrive at Centralia in 38 mins and the time is 1.41pm, 8 hours behind the UK.

Looking out of the window as we travel at a sedate 79 mph. lakes and rivers dominate the landscape with plenty of houseboats. They each have a speedboat moored along side but no sign of a car or road. Also seen as the train hugs the waters edge was a Bald Eagle swooping low over the water and snatching a very large fish......Wow!!!! 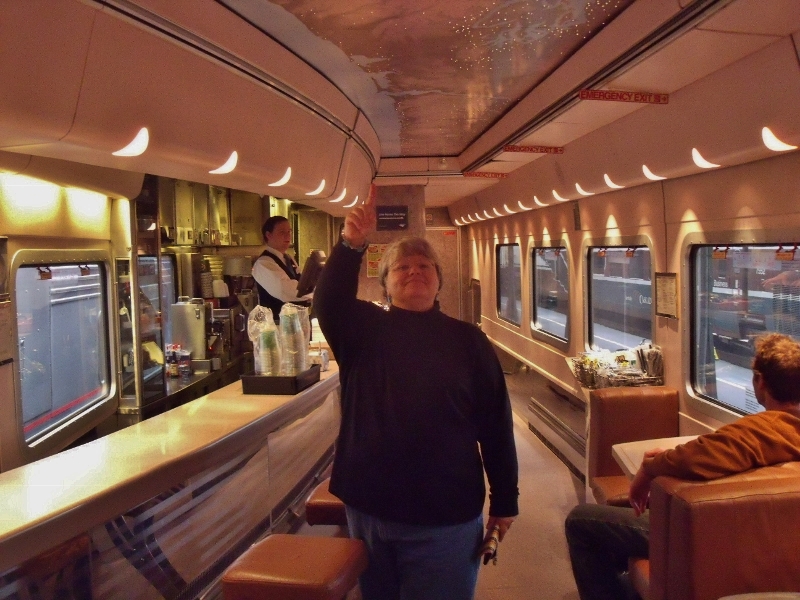 We are travelling up the Puget Sound between the Pacific Ocean and the Cascade mountain range in what I can only describe as the most luxurious leather reclining seats I have ever seen on a train. The amount of room far exceeds the plane and on longer trips headphones can be used to watch movies on the overhead screens--and this is just basic coach seating not 1st class!
The Bistro car is beautifully fitted out with seating down one side and bar stools at the coach length bar. Food is expensive, what`s new I hear Brits say, but this is good food.
Another thing to mention is when we arrived at Union Station in Portland, which was built in 1890, we were able to check as many bags as needed as you do at the airport.

The way to travel! Have a great time - loved the wedding photos.