The tax on Booze 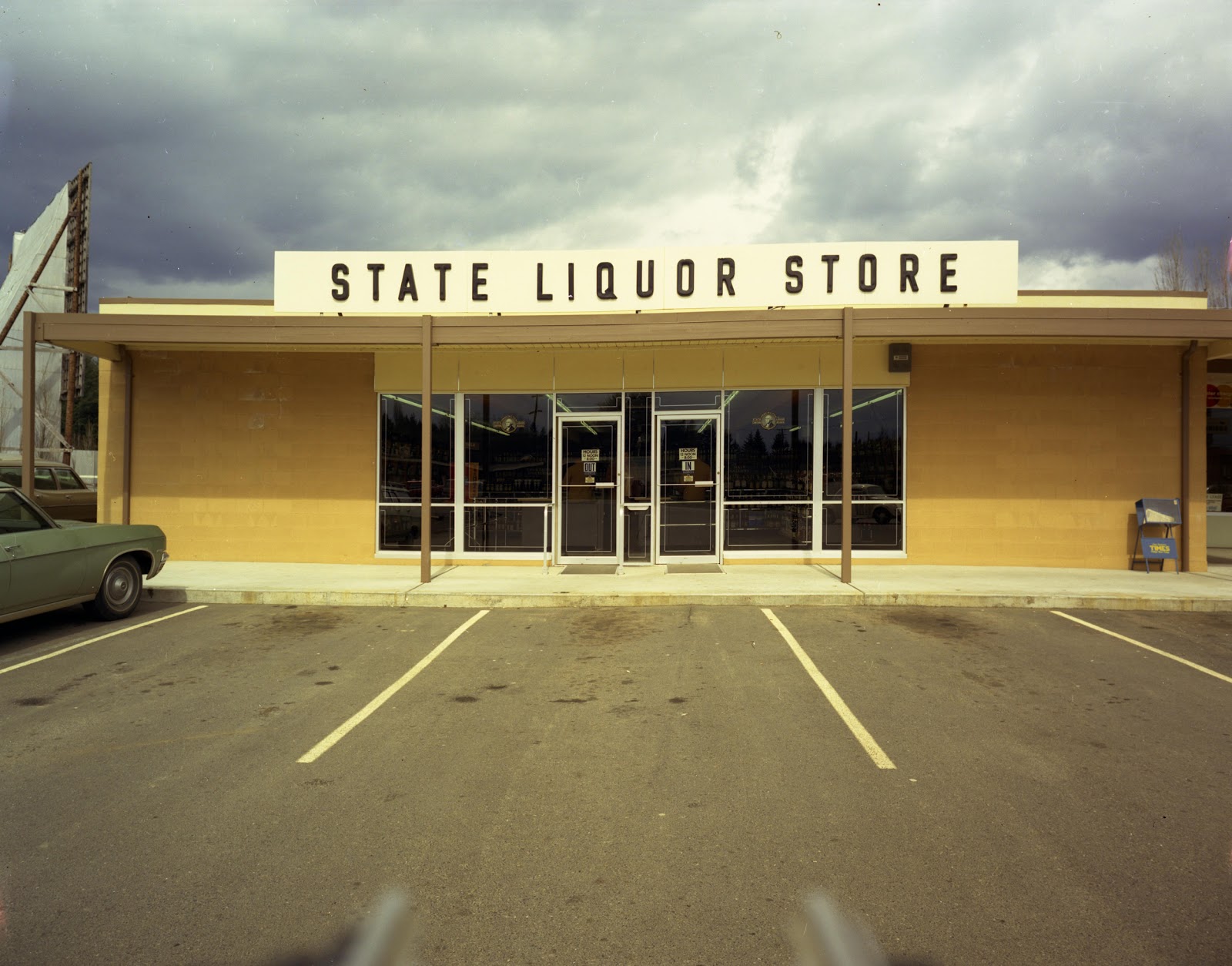 In November 2011 Washington state residents voted for booze ie, spirits to be more available in stores. Finally after appeals against the result that would allow this hard liquor began appearing in supermarkets on June 1st 2012. Although beer and wine was widely available the strong stuff had for the past 78years  only been available in a state controlled  store 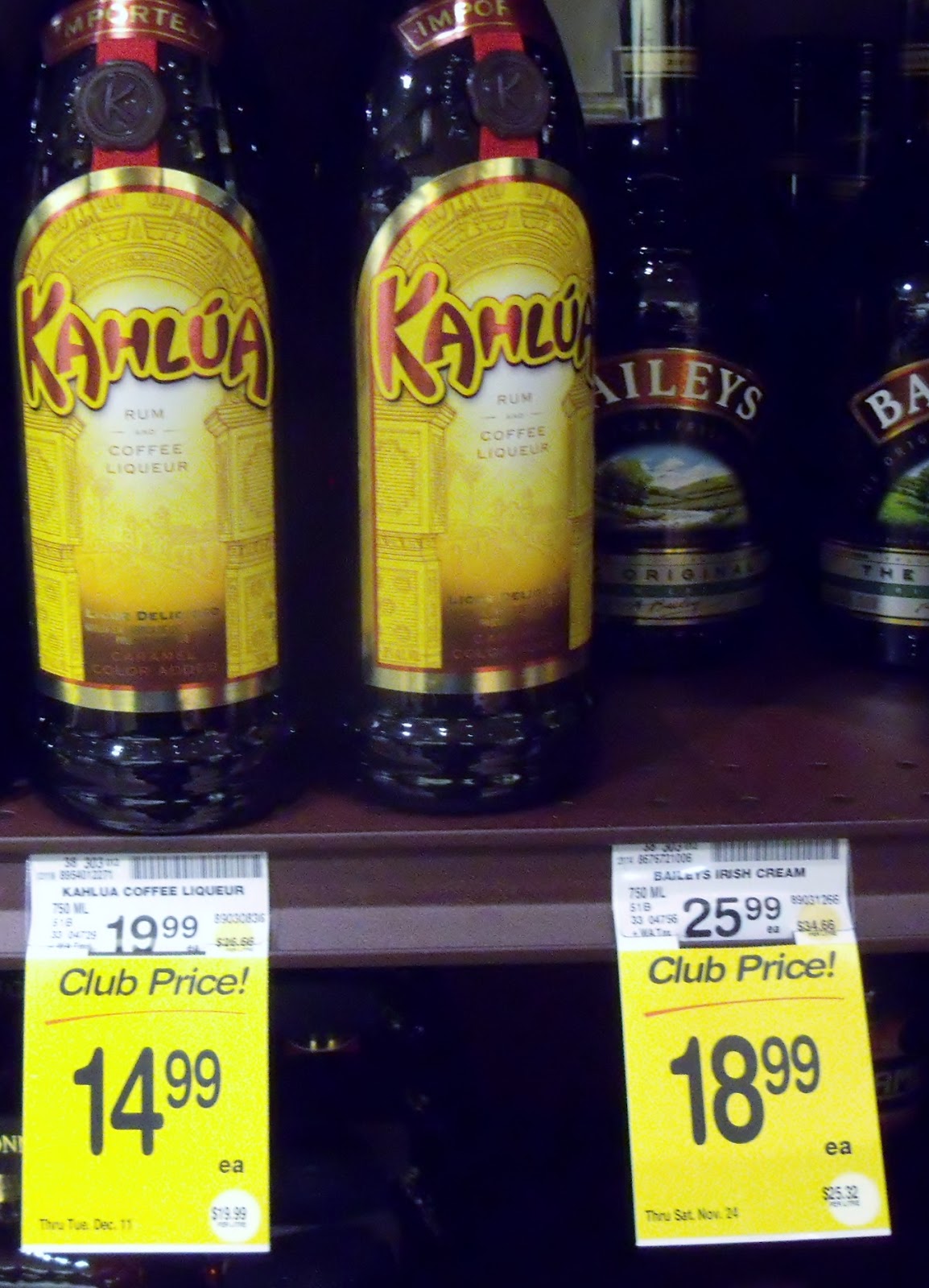 This display is in a Safeway store, yes Brits Safeway survives here, and as you can see they have 2 prices. The club price is for those holding a Tesco like card.
The Kahlua at $14.99 attracts not just a spirit sales tax but also litre tax, yep the size attracts tax.
The tax table is below and I will leave those with the ability and stamina to work it out. The Kahlua in Tesco is on offer at £12 ($18) and U.S. readers this is the price you pay at checkout NO added taxes.
Brits take note: Washington State stores have a state sales tax of 6.5 % added at the checkout. Groceries are exempt as are bedding materials for chickens?!!!!!!!! Life is short so a bit of humour is good for us all but it`s actually true.
U.S. readers, in the UK we have a 20% tax on non grocery products BUT the price you see in store is the price you pay at checkout.
Over to Jaq;
While residents of all States pay Federal income tax, only some states have a State income tax. Idaho does, Washington does not, hence the State revenue tax of 6.5% is Washington`s main tax revenue source.
In addition, Washington counties may also charge sales tax! King County in Seattle has a local sales tax of 9.5% in addition to the state tax! In Whitman county where Pullman is located, the local county sales tax is 6.5%.
State tax is not charged on prescription drugs, newspaper, and most food. Prepared food, candy, gum, and bottled water are the exceptions.
Washington residents who itemize on their Federal income tax returns may claim a refund for the state tax they have paid during the year.
Thanks Jaq we Brits thought that crystal clear. 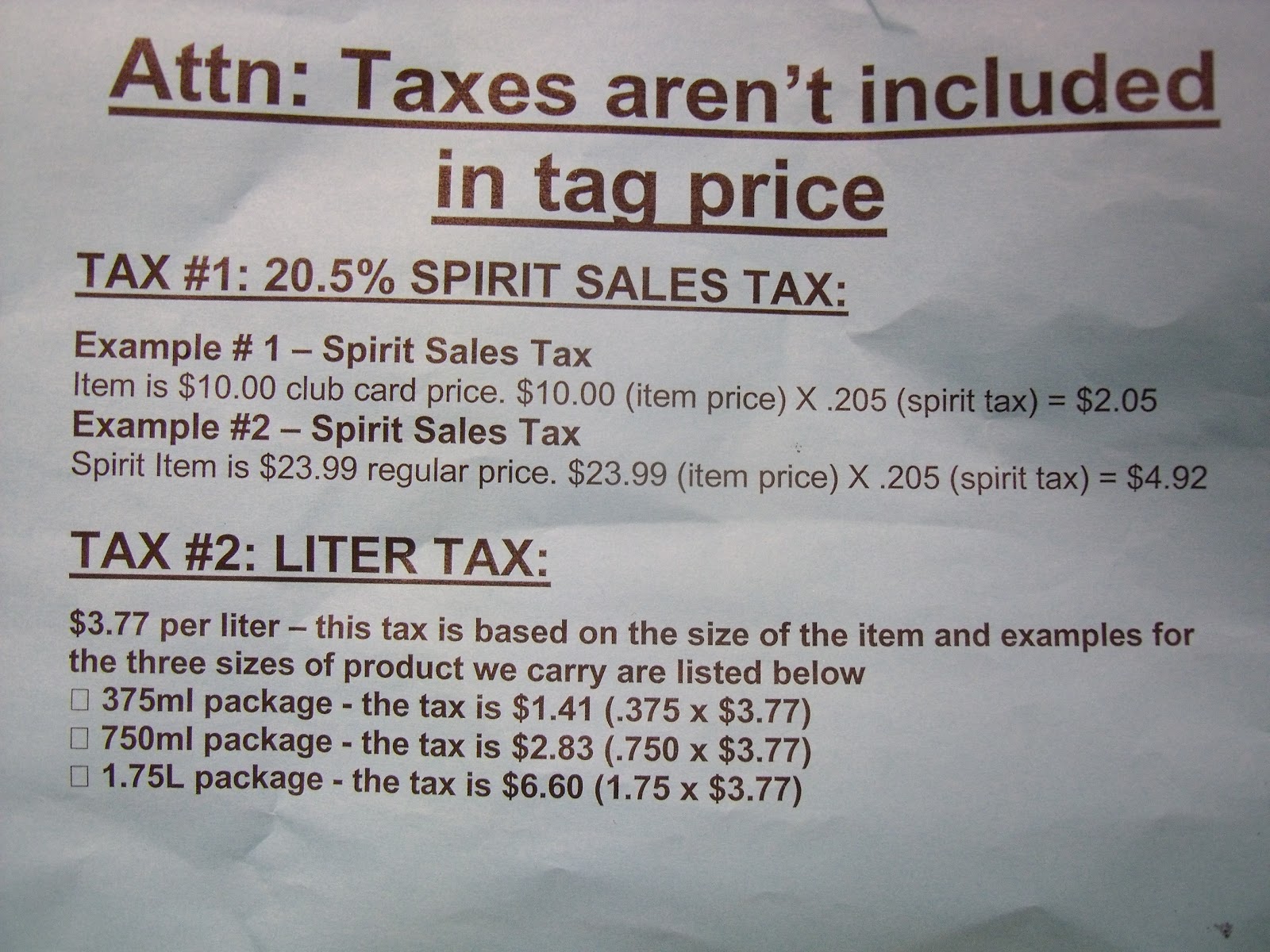 So the U.S. shopper is aware of the added taxes so why can`t the stores just display the price and save the booze shopper standing using a calculator.
Opinion on the web gives me the impression that prices have generally increased since the abolition of the liquor store. Once again Joe public digs deeper into his/her pockets.
Posted by Les Biggs at Tuesday, November 27, 2012