Before leaving the mooring at Brdg 15 time to have walk around and see what`s over the hedge
as cruising along a lot is hidden away and it pays to read up on the area before you pass through.

All that remains of Higher Poynton Stn. on the old Macclesfield to Marple railway line are the 2 platforms. This is now part of the Middlewood way offering a 10 mile traffic free route for walkers, cyclists and horse riders and as you can see in the picture the old trackbed has become a picnic area. 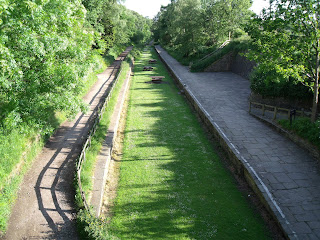 Below just to the left of the old rail line is all that remains of Nelson Coal pit, 2 car parks and a
visitor centre that looks shut but is un-manned so just pull the door and step in. 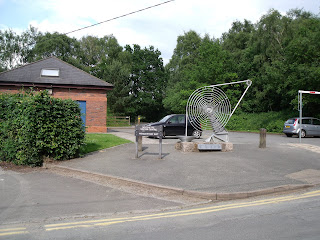 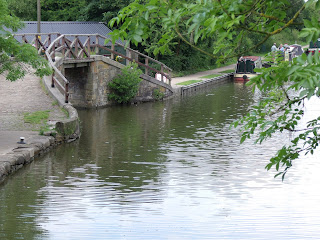 canal arm that went into the pit is still there. Now it is the home of Braidbar Boats.
Over the rail bridge down Anson Road can be found the Anson Engine Museum but it opens only 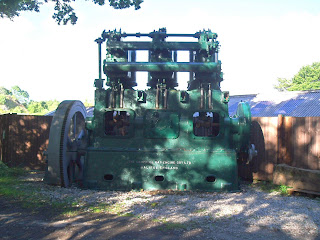 Fri,Sat&Sundays but at least i saw one engine standing proudly by the gate, bit big for the boat so i`ll not be making an offer for it.
So well worth a look over the hedge with the 1st two less than 100yds from the canal and the
museum just about a 10 min walk.

Cruising on and coming into Marple Goyt Mill looms up above the canal. Built in 1905 it was a
Cotton Mill and a hundred years later it became the scene of a big drugs bust with £1.5 million
of class 1 & 2 drugs found in one of the units. Shame to think of all the hundreds of honest mill 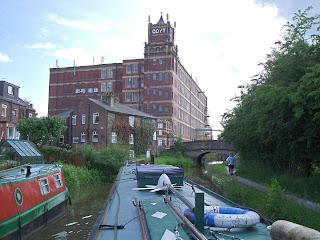 workers who did a hard days work......well just compare them to the scumbags who tried to use
this fine old building for a fast profit........you know what i`m getting at. Never needed drugs in my time a few beers got us in the mood for a party or a club and a good night out.
See i start researching the picture find this druggie thing, off i go and canals get lost along the way.

At Marple the canal becomes the Peak Forest Canal and i turn right along the upper Peak Forest towards Bugsworth and Whaley Bridge but 1st it`s nearly lunchtime and i want to walk down the lock flight so what better than to moor with the view below in the direction of the Peak District. 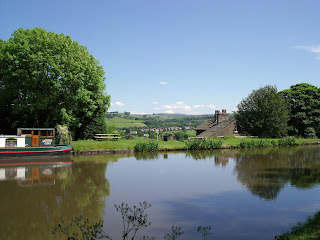 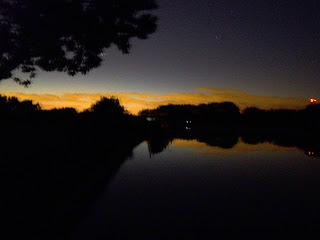