The picture below shows the Jct. of the Macclesfield & Peak Forest canals and i have turned right under the bridge and moored up to have a walk down the 16 locks taking the Peak Forest canal down 214` that`s an average 13` per lock all just within a mile.
The flight is mostly set amongst trees and makes a really nice stroll on a warm afternoon with a few things of interest to see. 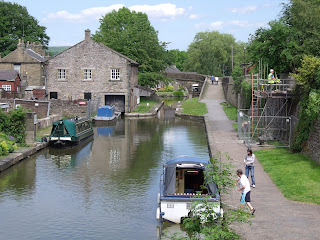 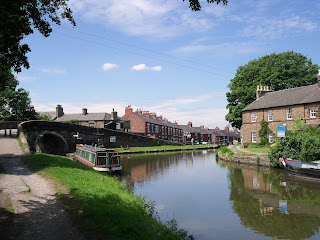 The junction, the Macclesfield left under the bridge and to the right the 16 locks. 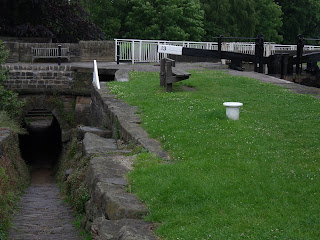 Just 3 locks down and it`s getting interesting with the horse tunnel and just to the right you can see the even smaller tunnel for the boater to get up to the lock from under the road bridge. 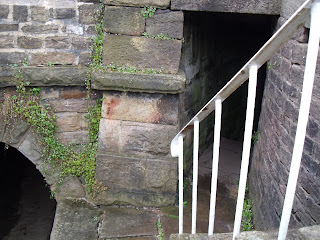 Close up of the boatmens tunnel. 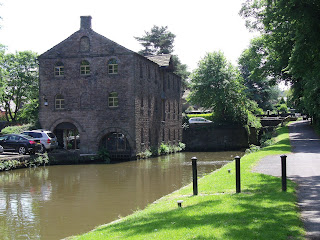 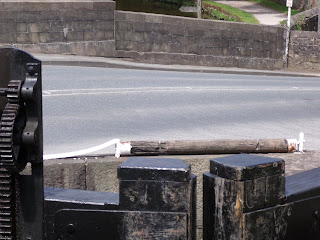 The wooden roller that stops the tow line of horse drawn boats rubbing on the stone, very similar to the metal bars on the bridge arches. Looked at this for a while trying to work out how the horse could pull the boat through but now typing this i am thinking the rope was fixed about halfway back on the boat so the horse could get the boat moving un-hitch and meet the boat on the other side. Coming the other way, from the towpath top of picture, the horse would un-hitch and the boats momentum would carry it into the lock where the horse would again tow the boat out and onto the next lock. All sounds like hard work but i bet those old boatmen made it all look simple. Anyone who thinks i`ve got it a bit wrong please comment as i`m always ready to learn. 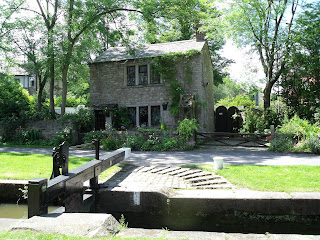 The lockeepers cottage built 1834. The last 3 pictures were all between 2 locks so a very interesting short stretch of canal. 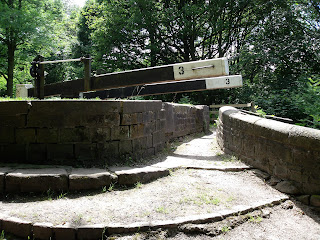 No walking across lock gates on this flight as a bridge is provided. 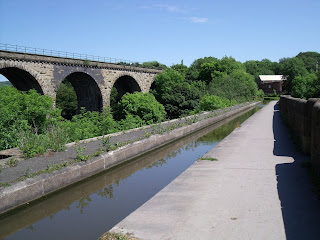 Bottom of the flight Marple Aqueduct carries the canal across the River Goyt 100` below. Alongside the railway viaduct built in1865. The patches on the viaduct caught my eye as i took 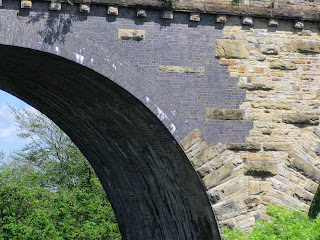 the picture and so i took a close up. It gives the appearance of a brick built arch being clad in stone which seems a lot of work just to make it look nice, assuming that it was stone faced when built. Have to see if Mr. Google can come up with the answer.

So that`s a walk down the lock flight just got to walk back up now and have a nice cup of tea and a piece of cake........i know but someones got to do it.
Posted by Les Biggs at Wednesday, June 17, 2009