So having spent the night outside the museum we set off early at the start of what turned out to be our longest day. The plan was to turn left onto the Hertford Union Canal (A) then turn north onto the River Lee Navigation at Hackney Wick(B). Having discovered an emergency repair to a lock had closed the canal the only route was via Limehouse (C). The number of locks was almost identical but the mileage had increased. I suppose in hindsight we should have stopped the night in Limehouse Basin but we seemed to be making good time and decided to push on. 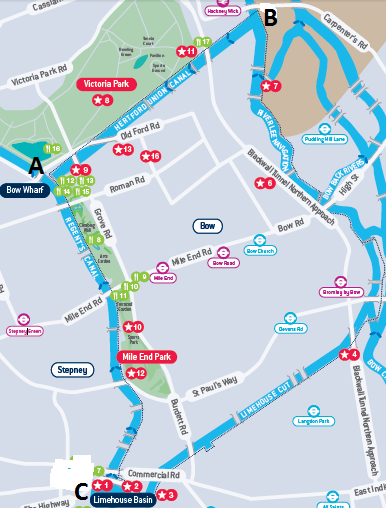 The intention was to get through the north London areas of  Tottenham and Edmonton to spend the night at Enfield about 12 miles from central London. Being London born feeling was not to moor in the north London area but having made the journey my feelings are now different but more in future blogs.
As most of you know our location is always way ahead of the blog posts so the following is a bit more of a photographic catch up of our journey onto new waterways.
Our day ended at Waltham Abbey after 12 hours and 15 locks.﻿ 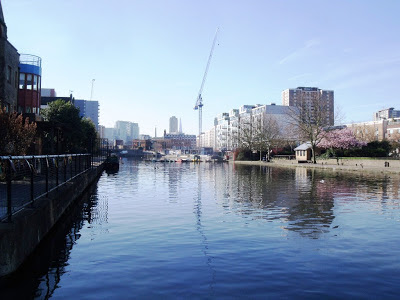 We thought the museum basin was big but City Road basin is huge. 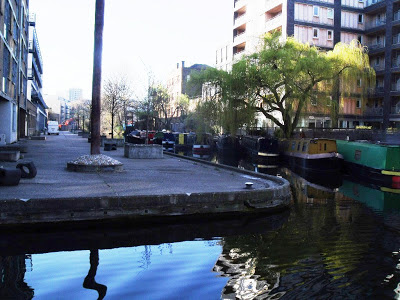 Along the way many basins of all sizes were reminders of the industry of the past. 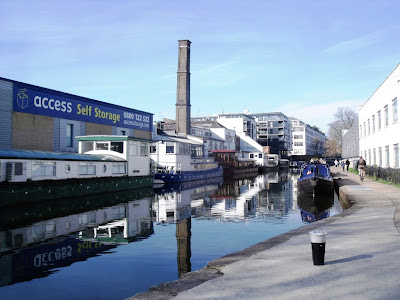 Looking back from the first lock industry and housing mix along the canal and everything is neat and fairly clean considering we are passing through a very large city. 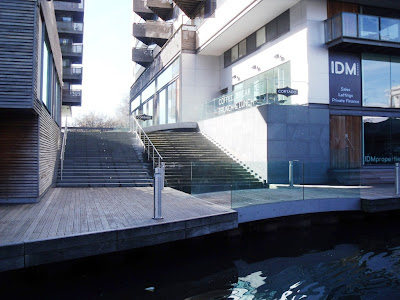 Where old buildings have made way for new offices and apartments the connection at waters edge is very nice. 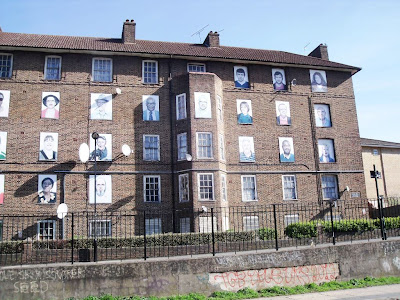 Further along this housing block is obviously being vacated possibly to be improved or replaced by new housing. The windows of the empty flats are covered by large photo posters. I suppose it`s better than smashed glass or industrial shuttering. 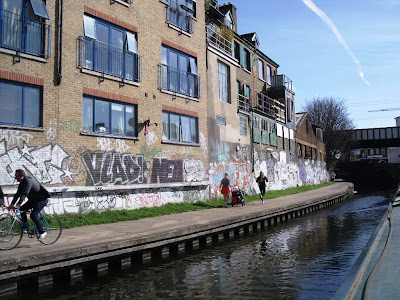 Graffiti is everywhere. Now if they just planted some bushes grown behind metal railings  where the grass is the paint vandals would be beat. 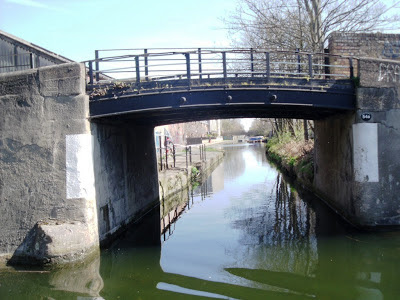 This is the entrance to the Hertford Union Canal or Ducketts cut as it`s known. This would have been our short cut at point `A` on the map. Sir George Duckett was the instigator of the River Lea being canalised in 1769. It has the name Lee (note the two spellings) navigation as the river is not followed 100% of the time but enough to supply the navigation`s water and a large amount of London`s as well. 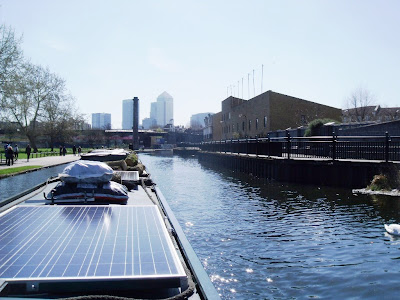 Passing Hertford Union the scenery seemed to start getting nice. To the left of this picture is a very large green open space and everything seemed tidier. I think the clue is in the far distance of the picture, Canary Wharf and the other tall office blocks of the financial city. All along our journey boats have been moored in some places three abreast 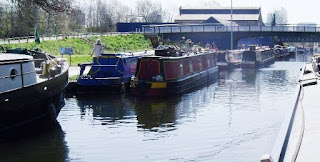 and it didn`t take someone with a degree to see most never moved. In seven years of boating I have never seen so many widebeams moored along the towpath in one small area. Hackney and then Victoria Park were the worst places for congestion along the towpath. Then it all seemed to fade away as we approached the last section into Limehouse Basin. So glad enforcing the moorings in London is not my job. 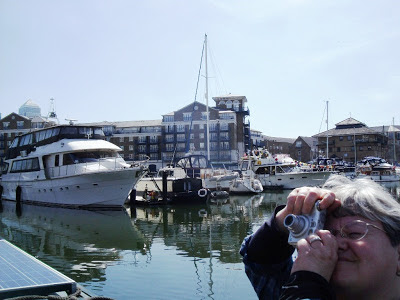 This is Limehouse Basin and Jaq is adding to the 1,000 yes one thousand photos she took in London while we were moored in Paddington for a week. 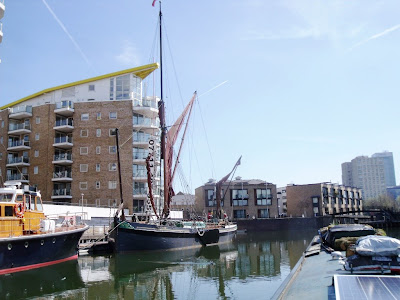 I would like to see that going up the canal in full sail. 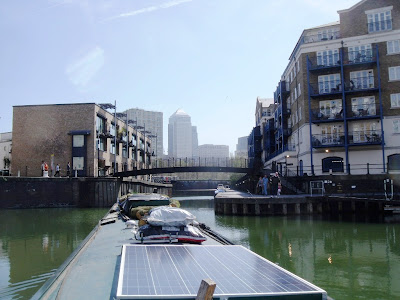 Leaving Limehouse and entering Limehouse Cut and then onto the Lee Navigation.
Posted by Les Biggs at Monday, May 13, 2013

At least, there was an alternative route to follow given the original plan. Sometimes I suspect such alternates are not available and one has to wait for the problem to be cleared. Still interesting to see London in a way many never see the area.
Parked wide beam boats means either
something is happening or nothing is happening or maybe the waiting boats are the sign of a lagging economy.