From Paddington through north London 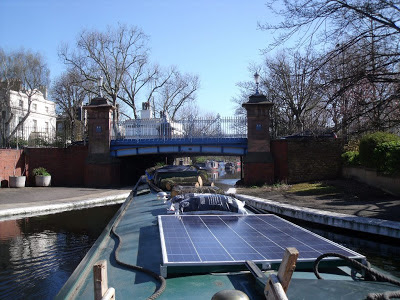 Leaving Little Venice and heading onto the Regents canal. 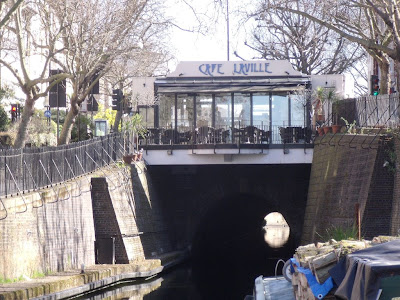 Just a short tunnel of 272yds, you can see the other end, passing under the Edgeware A5 road. Nice cafe up there but a bit early for customers. These mansions are in the outer circle of Regents Park and sell for many many and many more than you are now guessing millions of £ or $ it makes no difference Jaq and I are not selling. 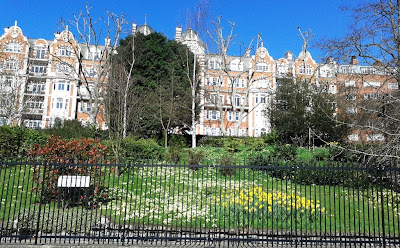 Blocks of apartments overlooking the Regents canal and Regents Park. £3+ million will get you a 4 bedroom leasehold. That is getting close to $5 million and you never own it outright. U.S readers can get leasehold facts HERE. 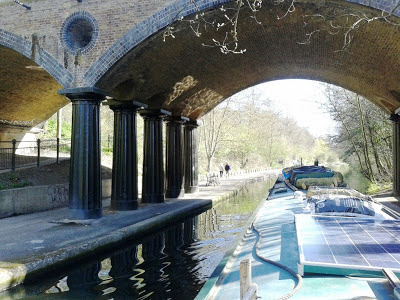 This is Blow up bridge in Regents Park. In 1874 a boat one of 5 being towed by a tug blew up and destroyed the bridge and killed 3 men. The cargo carried was gunpowder and barrels of Petroleum. The bridge was re-built in the same style.
All the money in this area and housing costing millions just on the right under the bridge people were sleeping rough. What a contrast of life above and below the bridge. 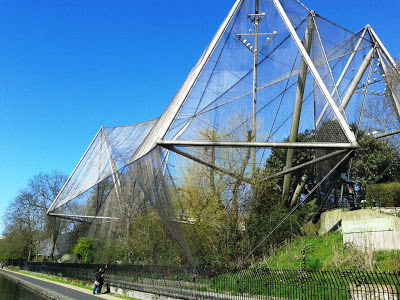 The canal passes through the London Zoo giving a wonderful view of the Snowdon Aviary. As a youngster growing up in London we often visited the Zoo and walked through the Aviary on a very high bridge with the birds flying to and fro. Even before the Aviary was built we were regular visitors. 50+ years ago, I wonder if our secret corner low fence entrance is still there. Ssssh. 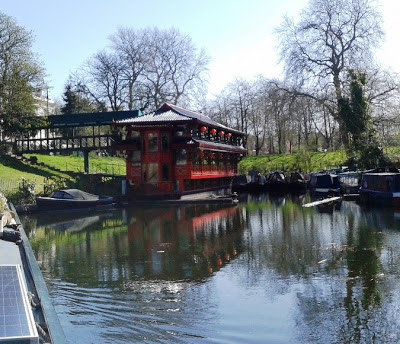 Cumberland  Basin. This was once the arm that went down near to Euston station. Now just some permanent moorings and a floating restaurant. 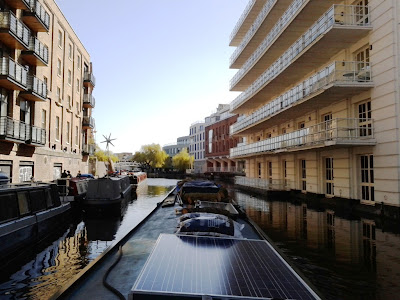 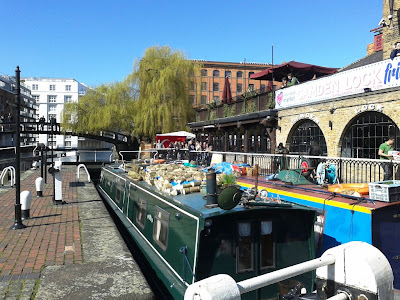 The locks are doubled here, the other lock is to the left. 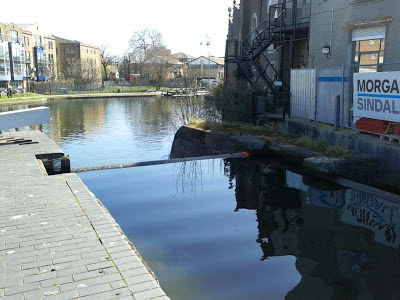 The next locks are again doubled but this one has no gates and needs some attention as you approach thinking the gates are open for you to enter. No chance of going over but all the same could be a shock when you hit the blocked off end. 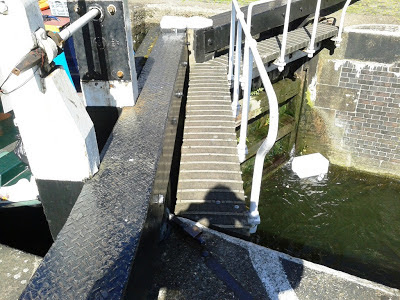 Nice little walkway across the lock so no getting grease on your clothes. 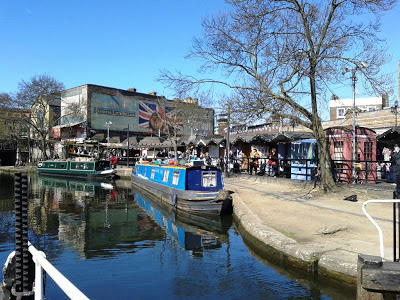 Camden market is on most tourists to do list. Now picture this: it`s 9AM and amongst the many onlookers Jaq is holding the centre rope as I open the lock gates. Along came the local drunk with a can of beer in his hand. Jaq says he put the can down, good move--don`t want to spill any.
Then he grabbed the rope from Jaq; BAD move. Jaq reached around him and grabbed the rope yanking it from his hands. She then shoved him away with an elbow and a  few strong words making sure he was under no illusion as to his position in the movement of the boat. He staggered away muttering he was just trying to be a gentleman. My Alaskan baby has walked with Grizzly Bears; did he really think he could take control of her home? 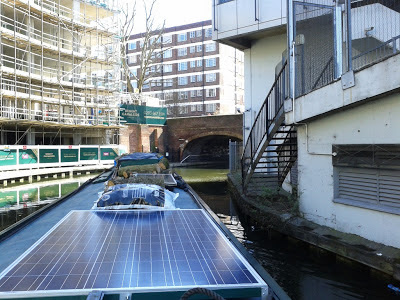 Further along and the office blocks are closing in. 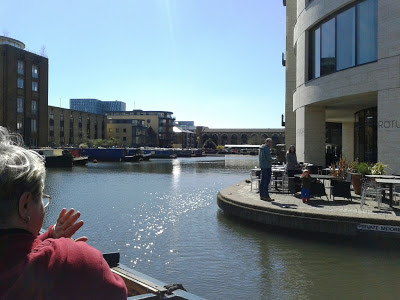 This is Battlebridge Basin home of the London Canal Museum. We decided to moor in the basin to break the long journey into manageable lengths.
Posted by Les Biggs at Tuesday, May 07, 2013

Good for you Jaq

Yep!
Good for you my darling
Les

Seems strange your life began in the city and now mine is just beginning, thats what they call following in your fathers footsteps i suppose, its not the same now though i can tell you...... although we love the ambient flow and that feeling of a sunday morning el fresco coffee is pleasing i bet