Doing nothing on another rainy day

Another rainy day so no cruising, still work on my solo boating motto of "there`s always tomorrow", and so a time to look through the picture files.

Must say i was pleased about the holiday weekend sunshine for those of you still working. Nowadays these holiday Mondays tail ending a three day weekend mean little to retired folk. To us every day is a holiday and we have those work days of the past to catch the sun hence ` there`s always tomorrow`.  I do remember though that when working not only did I know how many days to the weekends but also how many weeks to a three day one.

Everyone of you will hopefully come to an age that you can have my `tomorrow` attitude although the way the cutbacks are going folk might end up never retiring except government of course. We can`t have them working to long and not collecting their pension package the man in the street has sweated to provide them with.

Just a few thoughts as I gaze out at the rain battering the surface of the water. Best I stop before I mention that hole in our economy called the EU.


About seven weeks ago we came across contractors ripping out the old water points and
installing new flimsy looking, Stainless steel?, water points. Now I`m not sure if the two 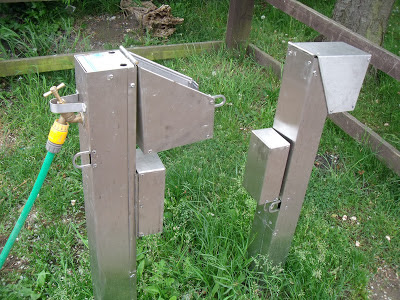 sites (Coy Carp lock and Bulls Bridge) we saw this happening had the black cast iron posts or a small metal box with locking door so best not attack CaRT yet. Ripping out the tall black posts would I think be a waste as they were very study and quite resistant to vandalism.
The other box type had weakness in their design but if this is it`s alternative they should have saved their our money.
The one on left we are using and the one on the right is ready to use. No lock but you can see where it could take a padlock and yes those metal rings are very thin and easily forced off.
Have you noticed more and more of the hose attachments are missing around the system. I believe it down to metal thieves and this new style post will result in the taps also being stolen.

The small box half way down contains more metal fittings in the way of a drain valve and a stopcock all very vulnerable as is the metal casing. 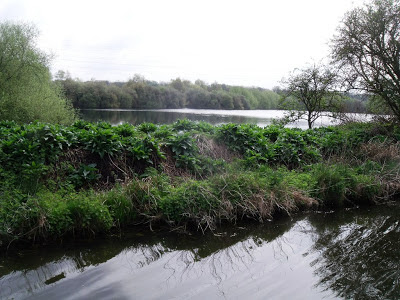 All along the navigation's of the Lee and the Stort reservoirs and worked out gravel pits form large expances of water. many have been turned into nature reserves and decent pathways have been laid 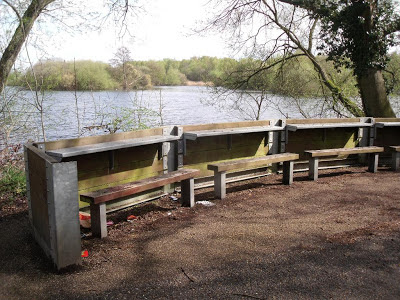 to allow access around and across these watery areas. Here at Chesthunt a half circle of seating has been provided for walkers to sit and relax watching the wildlife on what was an old pit and now part used as a sailing club. 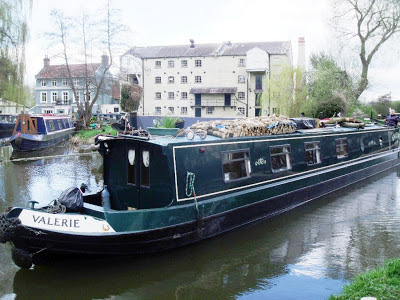 Above our home in the capable hands of Jaq leaves Parndon lock and  passes Parndon Mill one of several along these navigation's. This building of 1900 replaced the one that burnt down in 1897 and is now used by artists and sculptors.

This Glass and metal walkway over the weir at Parndon lock is one of several sculptures in the Harlow area. Another link here. 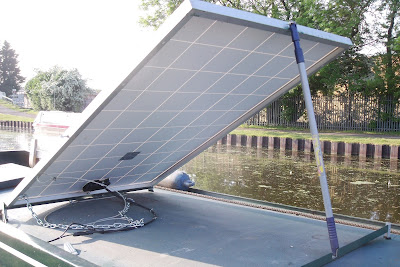 I did some time back finish the solar panel fixing. it can now be tilted in four directions with the telescopic handle. I have attached some chain and wire rope to deter the opportunist thief but if someone wants it they will succeed although not while we are on board. The panel is shown at it`s lowest position using the pole. Laying it flat does not need the pole to be removed on any of the four tilts. The London Book Barge seen as we passed through London. Link HERE.  There are several floating bookshops on the canals this is just one. 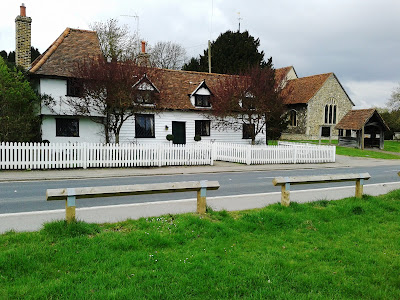 Church House Roydon is Grade ll listed and stands next to St. Peters Church in the village high street. It dates back to 1425. The British listed buildings site notes a 15C small house with 16C and 19C additions. The site had no photo and mine will appear as soon as it has been approved.
Just to finish off some pictures from our Cambridge visit taken on the R. Cam. 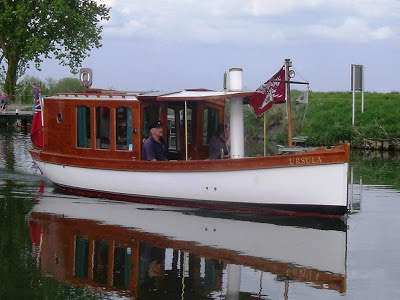 Steam boat Ursula steams past Wide beam Pippin. The hull is 2001, boiler 1992 and the engine 1890. Altogether someones pride and joy. 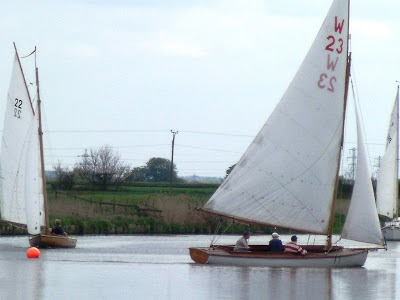 Sailboats gently turn as we eat nearby with our Cambridge hosts 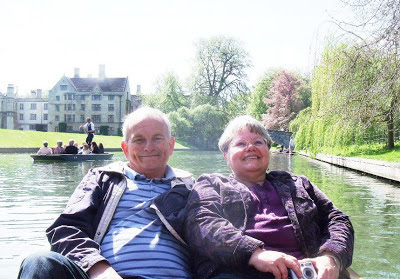 Punting on the College Backs.
Once again many thanks to John and Jackie on Pippin and Amy and James on M.B Willow we had a wonderful day.

okay boys and girls ... a rainy day you are inside NB Valarie ... take us all on a photo tour (up close and wide) of your home. We don't get enough of that.
Still waiting for good weather too in Pullman. Karen