Moorings or the lack of them 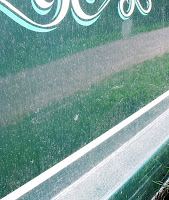 This is the mooring at Waltham Abbey that has nice well kept bank to moor against. problem was after a few days the never ending cyclists passing left the boat filthy. Windows on the towpath side had to be kept shut to keep the airborne dust out. Mooring on the Lee was reasonable. This is based on getting close to a decent bank side not on the surrounding views. 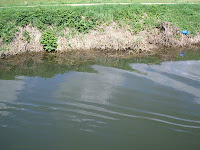 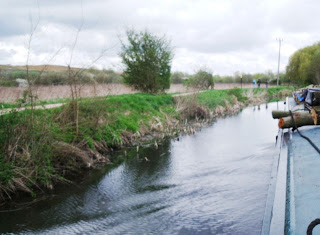 Along the Stort navigation is a different story where the mooring choices left and above widespread with the bank being high. 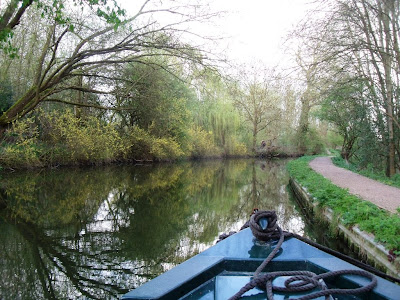 Now this looks pretty tranquil i hear you saying. We have just exited a lock and have moved past the lock mooring in fact are moored just in front of our friends Jacquie and Stein on Like Ducks 2 Water. This was the first time we had caught up with them on these waters.             So back to the mooring. What you can`t hear in a picture is the main road that is just behind the trees on the left. Also because the water is so shallow on the mooring we have a continuous crunching as the bottom is sitting on stones. Just ahead around the bend the bank reverts to as pictured above and the road comes out of hiding from behind the trees so you can watch and listen to those trucks as they roar past. 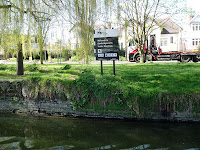 Aaaah! here we go Sawbridgeworth town visitor moorings. Quite handy next to the road and trucks passing...so it should be peaceful not.                Perhaps if we move along the mooring the road might curve away, after all I can`t see any other boats so we can choose our spot. 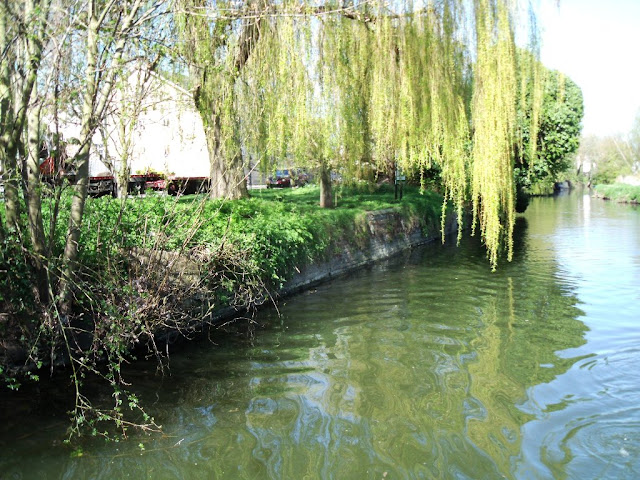 As you can see just room for one boat to squeeze in under the tree. Welcome to Sawbridgeworth. 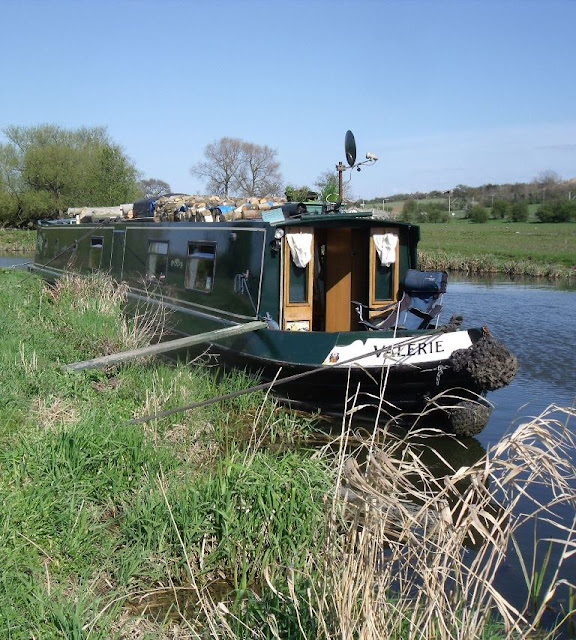 If you want a rural mooring the plank is a must. We have managed after several attempts to get the back in, Jaq says planks are for Pirates` captives to walk. So it`s just me using the front door. 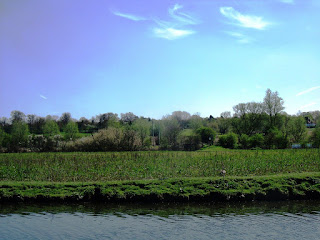 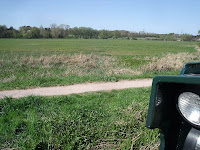 Now the views to both sides are quite nice. Across the water is Roydon Mead a bit of a nature reserve. We spent a pleasant couple of days with Binoculars watching Lapwings, four Shelducks only seen on migration usually and a Little Egret that seem to be appearing more lately. In the other direction a Kestrel hovered over the grassland hunting for a meal.
All sounds very nice. Problem on the Stort is it`s not just the moorings that are a problem we also have trains and planes. 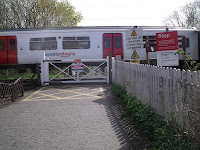 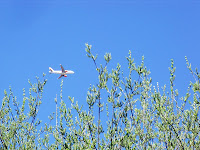 The plane problem is the close proximity of Stanstead Airport. It seemed that for a long section of the Stort we were either near the take off or landing flight paths. So you move away and the planes seem to have disappeared but suddenly they appear from a completely different direction, I assume it`s a change of wind direction forcing a change of approach. Trains are never far away and can be tolerated at a distance but the sound of their two tone horns is a bit annoying. The train tracks are crossed in many places by small access tracks or footpaths and the approaching trains have to blast a warning.
So not my favourite waterway but don`t let me put you off as you might think it wonderful. I think the problem is that on the main canal system you can mostly choose your spot and adjust it by a few hundred yards if need be. Here the mooring opportunities are very sparse and we did pass some very nice places because even with a plank we were unable to get close enough to the bank.
The Lee was better re planes trains and moorings but it seemed to be the Motorway of cyclists.
Posted by Les Biggs at Thursday, May 23, 2013

You forgot to mention the flying beasts xx

Keep thinking; oh they could drop anchor anywhere. Then realized, this isn't the sea, still afloat but with a different depth underneath Valerie. Maybe install one or two folding vertical poles on the plank to enable Jaq to walk same without fear of falling>

It's all about balance and if you don't have it, you may well need assistance walking said strip of narrow beam.

The intrusions of the outside world upon the peacefulness of acanal, it happens, which may have at the time made the canal viable. You win some you lose some.

Hi Jacquie/Stein
Forgot about those giant midges that swirled around you. Just goes to show what good taste the Stort midges have.
Look after yourselves see you along the way
LesX

Hi Bryce
All that plank construction, perhaps Jaq can swim ashore but don`t tell her I said that.