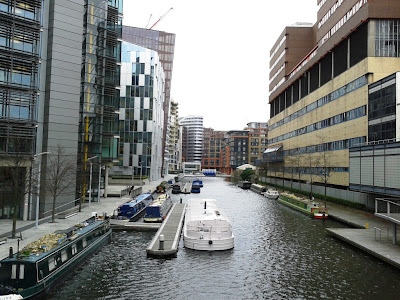 Paddington Basin and home for 7 days. Jaq says avoid hotel costs and bring your home with you. 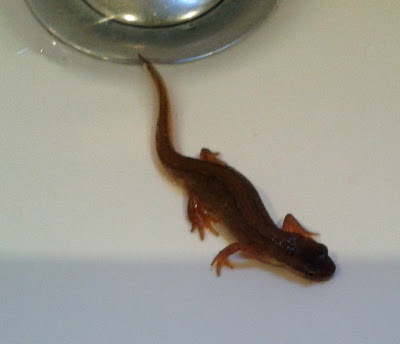 Trouble is no one told this fellow he was in our home as he popped up from the bathroom sink drain. Jaq sat on the loo and was eye level when she demanded I immediately come see our visitor before he disappeared. I assume it`s a Newt. He stayed long enough for photos and turned back the way he came. 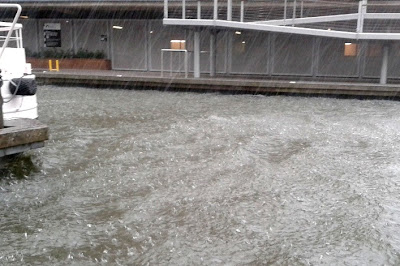 Maybe the Newt was sheltering from the hail stones in this sudden downpour. 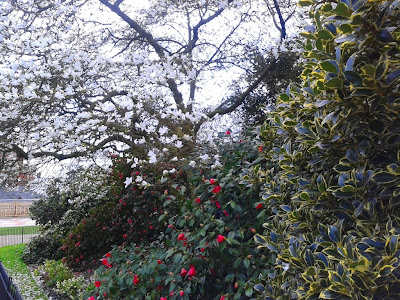 I had just returned before the downpour from a walk across the park and took this picture on a sunny afternoon thinking spring is here. 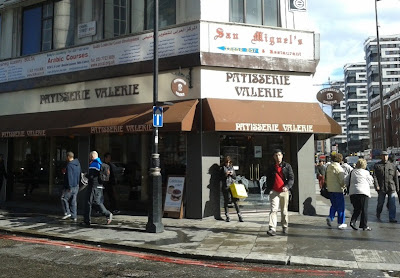 When the downpour stopped Jaq and I walked around outside the basin and found a shop with a familiar name. Notice the wet pavements and shadows cast by the sun. Jaq is starting to get used to the sudden changes of weather in just a couple of hours. 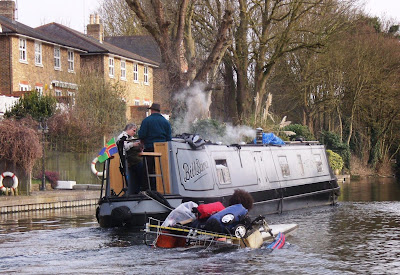 It`s a canoe loaded with what looks like the guys, you can see his mop of hair, worldly goods. Now the people on the boat don`t look the type to be towing a guy in a canoe but ........i`m speechless. 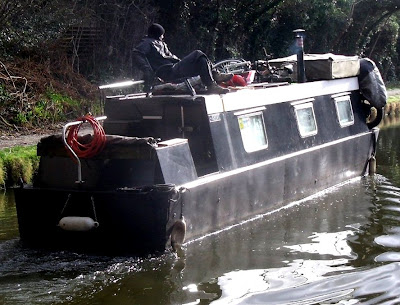 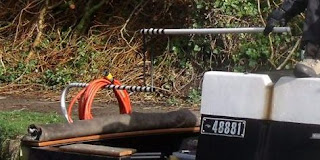 Well if you are comfortable sitting on the roof steering then why not. The picture on the left shows his extended tiller arm. Maybe the motor cycle and the roof box up front blocked his view in the normal steering position. 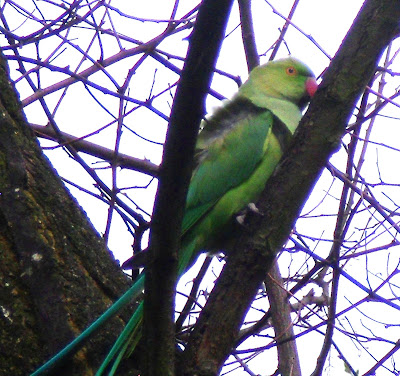 Plenty of Parakeets to be seen on the way in to London. Usually seen around Cowley and then all the way into Paddington. They have been around for many years and are now spreading into the midlands. As to where they came from the answers are many. Jimmy Hendrix released them to brighten up Carnaby Street. Some escaped from the film set of African Queen. Another theory is some escaped from a cargo plane at Heathrow airport. Anyway for sure there are thousands now as they have acclimatised to our weather and have no problem breeding and surviving. Plenty of them in Hyde Park. Anyway we need a few brightly coloured birds in the UK.