ALONG THE COVENTRY CANAL 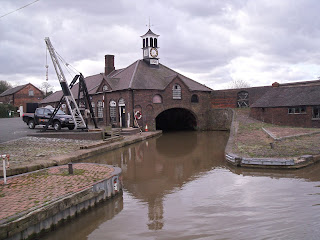 having to do any locks for quite a while except the Hawkesbury Jct. one that drops just a few inches but don`t speak to soon Les because here comes the Atherstone flight of 11 taking the canal down 80`. Still i don`t mind these as they are single locks and the 2 small exit gates can 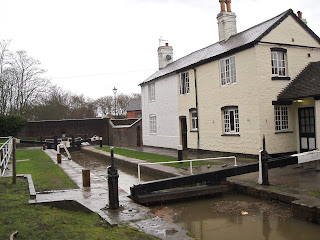 stepped across and can be closed as i exit with the boat pole so no getting off to shut them. Sods law says it will rain as i descend the flight and it did not continuous but stop start so when i decided to moor up it stopped and when i kept going it started again. 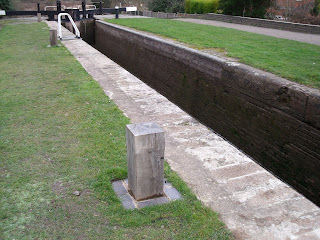 Above the first example i have seen of the controversial wooden square bollards that BW have installed at great expense. Boaters don`t like them because of the fact ropes will not freely slide around the square edges so the boat will not get caught up as the water drops but i suspect that most boaters like myself never use bollards of any shape in a single lock. In a double lock the bollards are needed to restrain the boat but in these singles its got no where to go. 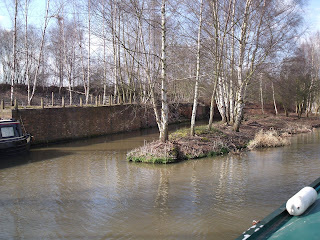 All along the Coventry are signs of the industrial past and this is an old wharf probably used to serve the mining industry that was so prevalent in these parts. 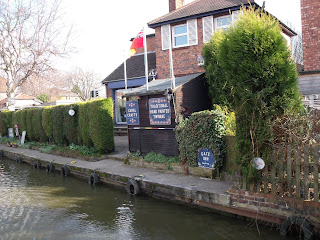 Nice to see this little business is still trading selling painted pots and other canal memorabilia mostly i suspect to the holiday boats that pass by seeking a souvenir of their canal boat hols.
Shame that business was not brisk enough to keep this hostelry open, sadly like in towns and villages this is becoming a common site. 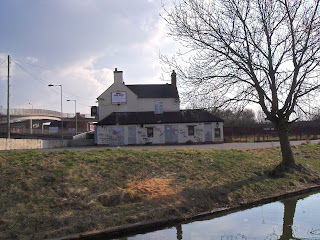 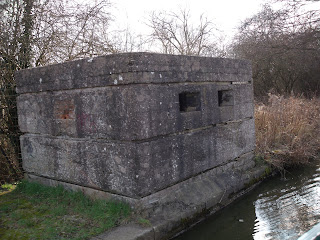 Skirting around the town of Tamworth an Aqueduct takes the canal across the River Tame that wasn`t tame when i last passed as the summer rain had caused it to burst its banks flooding the fields on the left. 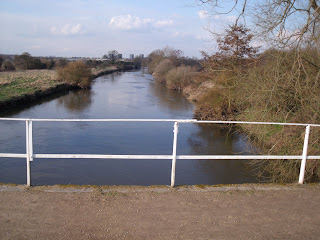 Now we are at Fazely Jct. and the Coventry now becomes the Birmingham & Fazely canal before shortly after changing back to the Coventry, more next time on that as i want to get a picture of the changeover spot. 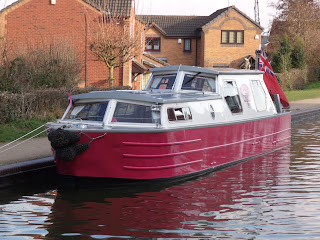 Above is the un-missable pink cruiser "Thursdays Child" belonging if i`m not mistaken to Brian Holmes who writes a column for Narrowboat World under the heading `In the Pink`
Posted by Les Biggs at Monday, March 09, 2009