Arriving at Newbold on the outskirts of Rugby it was nice to be met with an invitation of coffee from Dot & Derek on Gipsy Rover. It was nice to have a chat having not seen them both for some time but that`s the way it goes travelling the system boaters sometimes passing each other several times and then perhaps a year will go by before meeting again. 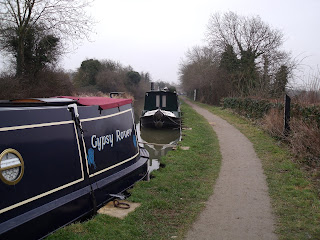 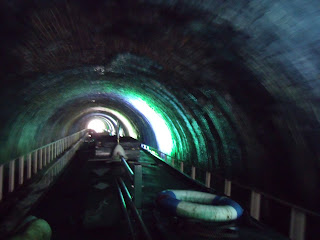 being to make a return trip up the Ashby canal but will just see what happens.....no pressure. 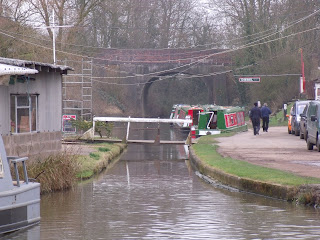 Above is the Stretton base of Rose narrowboats whose hire fleet look neat and tidy ready for the already started hire season. The little bridge gives access to workshops for the fleet and all the times i`ve passed someone has pushed open the swing bridge.
On to Hawkesbury Jct. and it looks as though the old Toll hse has been turned into a sub Police 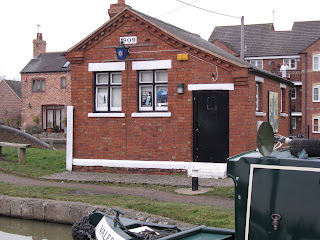 station as there is now a blue lamp above the door with West Midlands Police crest on it. 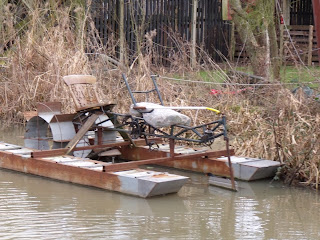 Onto the Ashby Canal and first stop was somewhere quiet so i could get the chainsaw out to cut down some rather large trunks i had obtained near to Hawkesbury Jct.
moving on as I passed Limekilns pub I spotted this novel form of water transport looks a bit like it was based on the pedalo boats that can be hired on some beaches.
Posted by Les Biggs at Friday, February 27, 2009