The Skipton boat festival took part over the early May Bank holiday w`end. The picture below taken from the Springs Branch a small narrow arm that stretches 700yds or so and was once used to bring limestone from a nearby quarry. This B`Holiday w`end it`s being used for moorings for some of the boats attending the festival. 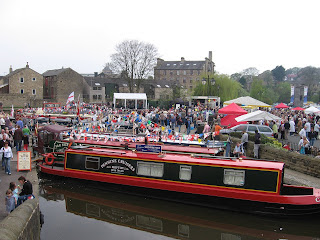 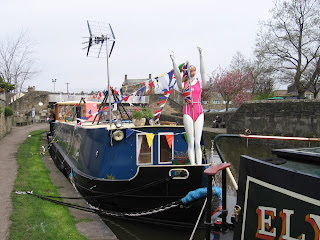 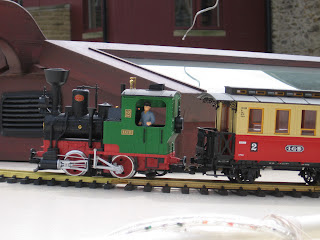 This model railway was set up on the roof of a widebeam boat. 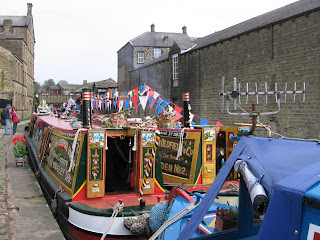 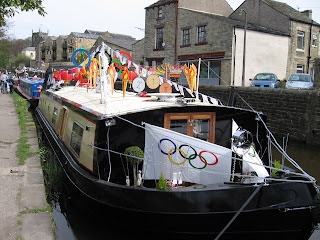 Below one of the music acts performing over the w`end, the youngster in the foreground was i believe the son of the guitarist on stage and while they played so did he. 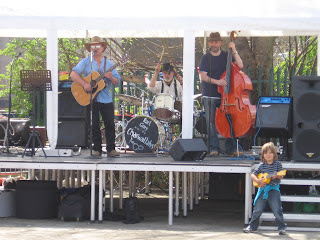 In the picture below John (NB TUI) was trying out one of the sideshows, this one was the human fruit machine. The guy on the right had his arm wrapped in silver foil to represent the machines handle and a downward pull of his arm sent the 3 of them turning and as they stopped a fruit card was selected from a rear pocket of their costume, 3 identical fruits won a prize. 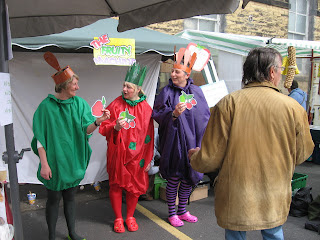 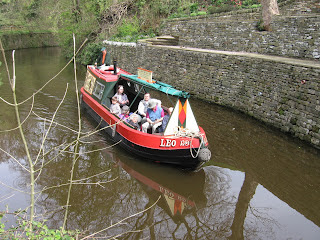 Trip boat LEO took visitors up the Springs Arm but i think a walk was much more enjoyable as you could walk past the arm`s terminus and on into Skipton woods. 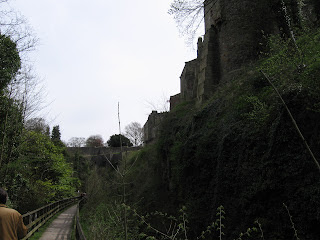 Walking up the arm Skipton Castle rises up above 100`where it has stood for 900 years. On the opposite side of the footway in the picture below runs a stream where i was lucky enough to see a DIPPER swimming underwater against the flow foraging for food. 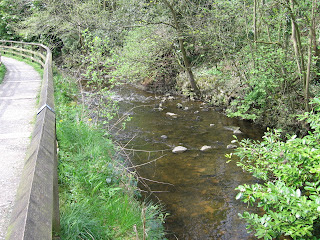 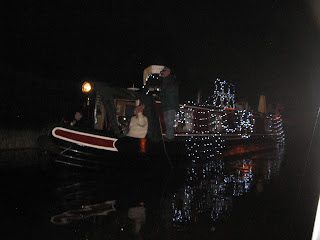 route passed by our mooring on the edge of the festival site pictures could be taken through the open window while enjoying a nice cup of tea. 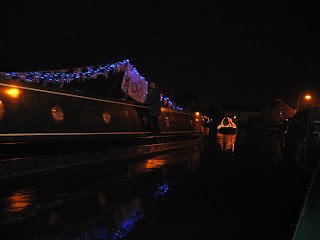