BLACKBURN THROUGH TO GARGRAVE

Cruising away from Wigan still on the 127 miles, 92 locks of the Leeds&Liverpool canal we pass Chorley, Blackburn and Burnley and as we do so we pass some fine buildings and some wonderful scenery but this is spoilt by the rubbish floating in the canal at Blackburn. As you pass houses that back onto the canal their garden fences 2` from the waters edge you realise how the rubbish gets in the canal as this 2` strip of land is covered with rubbish of all descriptions from toys, bikes, fridges, furniture all thrown over the fences till it piles up only to fall into the canal. What makes people behave like this puzzles me as councils provide tips for this type of rubbish so it just boils down to laziness and their kids must see them do it so they grow up with the same nature.
So after several stops to go down the weed hatch to remove countless plastic bags,rope,clothing etc. Blackburn&Burnley were in the past. Hooray! 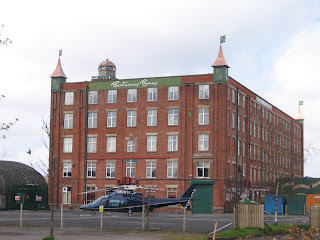 Botany Bay built in 1855 just north of Chorley was once a canal cotton mill but is now 5 floors of home & garden shopping, at least it wasn`t pulled down to build houses. I assume the helicopter belongs to the owner unless the Beckhams were there shopping. 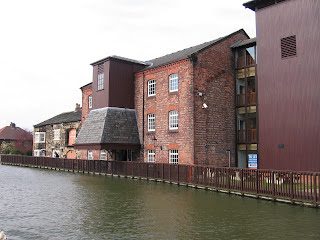 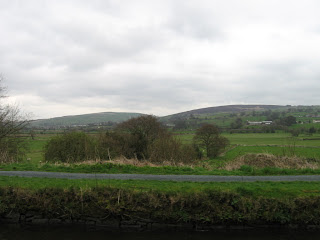 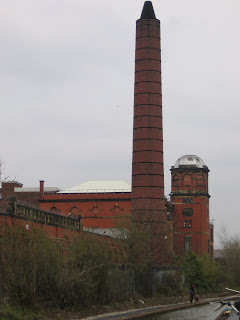 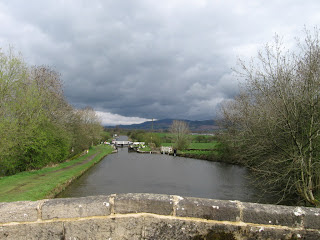 Some stunning views across open farmland to hills in the distance. 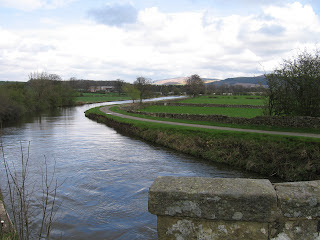 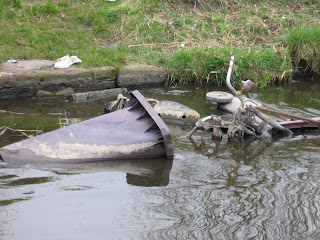 Above and below just some of the rubbish floating through B`burn & Burnley. 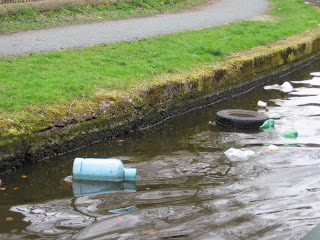 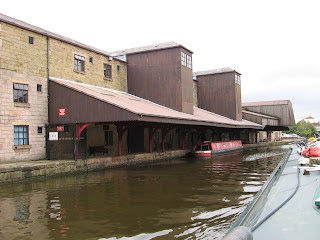 Nice to see these buildings still around. 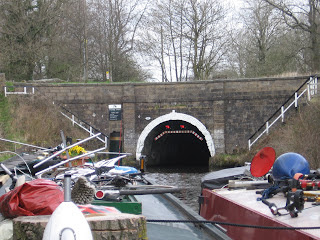 Above is the entrance to Foulridge Tunnel (1640yds) which is controlled by traffic lights as there is only room for one one way traffic owing to the narrowness boats cannot pass in the tunnel, on the left is NB Valerie and breasted up alongside is NB Ytene waiting for a green light.
Along this stretch we are cruising the summit level of the Leeds & Liverpool canal and having climbed up through what seems hundreds of locks well 40+ soon we will be going down just as many but at least some are staircase locks. 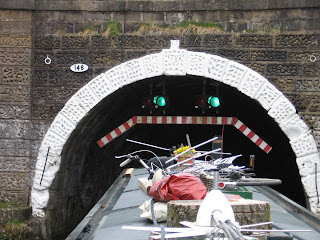 With the lights in my favour in i go, notice the width as i enter.
About 3 miles after exiting the tunnel Barnoldswick is reached and it was here that the Rain Hall Rock branch left the main canal and went up to a limestone quarry and as i had read that what is left can still be found behind some houses off i went and sure enough deep in a cutting some 400yds or so was still in water, sorry no pic as i forgot my image storage device. (camera) 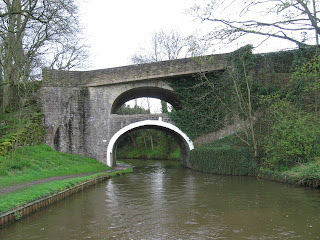 Above is the Double arched bridge at Gargrave.

Well apart from the rubbish along parts of this section of the trip towards York it has been very pleasent and as we enter Yorkshire countryside i`ve been told by other boaters along the way the views get better by the mile.
Posted by Les Biggs at Tuesday, May 13, 2008

Sure is but fortunatly the majority of the canal system is rubbish free.