A VISIT TO MANCHESTER

As our journey to York doesn`t include cruising through central Manchester i took advantage that our mooring at Dunham Town was close to Altrincham and decided to have a day out in Manchester a city i have never visited.
The city of Manchester has a very good transport system and a 25min trip from Altrincham on the Metrolink Tram system pictured below took me into the city centre. An all day off-peak ticket cost £2.50 and enabled me to visit museums and the docks at Salford Quays and the canal system within the city centre.
The system runs from Altrincham in the south to Bury in the north with a branch through Salford Quays to Eccles with trams every 6mins on the Bury line and 12mins on the Eccles service. The trams were built in Italy. 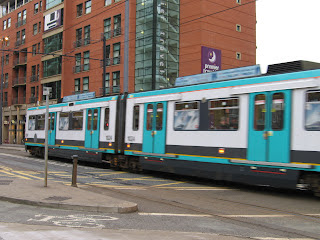 Another good transport system is the Metroshuttle Bus pictured below. Three circular routes cover central Manchester completely free, just hop on and off as you please. Also a good idea is that if you arrive from the Greater Manchester area by train your ticket will also be valid on the Metrolink Tram system. Surely with a transport system as in Manchester why would you want to drive in. 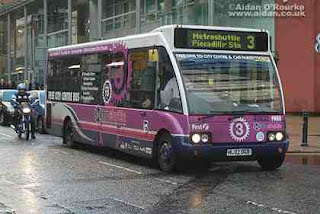 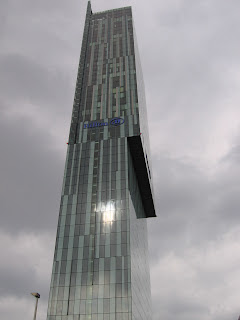 The glass fronted building above is 48 storeys high. The Hilton hotel occupies floors 5-23 and above that is residential and allegedly the highest residential building in Europe. 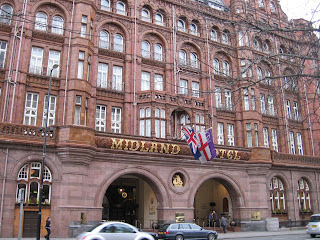 The Midland Hotel built in 1898 Grade 11 listed where a suite will cost £355 including breakfast, well that`s ok then. Twin room£135 no brekkie if you want to be a cheapskate. 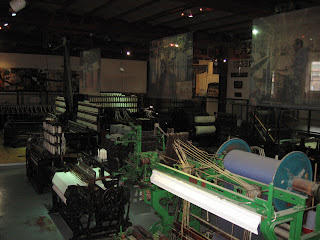 Above and below the Museum of Science & Industry showing weaving machines from mills long closed down. This is a very large museum showing a vast variety of exhibits, click the link to see. 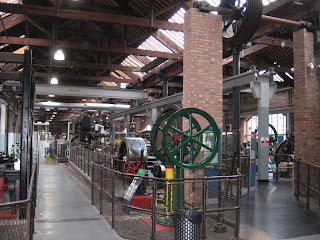 The following 3 pictures were taken at the Museum of Transport in Manchester. 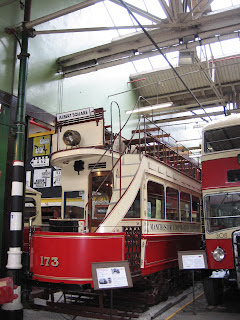 The Tram above dates back to 1901 and was one of the first electric Tramcars built for Manchester. Bit different to the Metrotram at the top of the page. 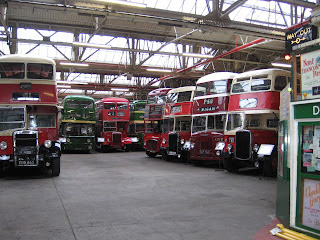 Just one section of the museum showing buses of the past. 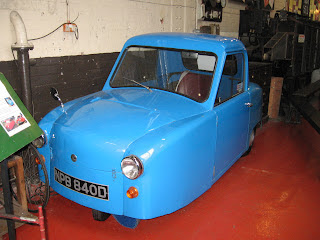 1966 will bring back memories to readers who like the author are of mature years, not just of the World cup but the Invacar(above). Made by AC cars these 3 wheelers had a 349cc engine and were used by the disabled as a dry form of transport but they always remained the property of the government. 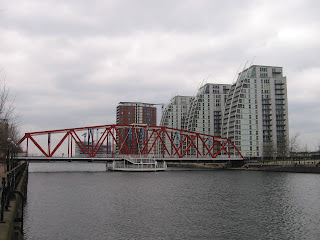 This bridge over one of the Salford Quays used to swing open to allow ships from the Manchester Ship Canal to dock and un-load their cargoes. The warehouses have all but gone to be replaced by housing and high rise blocks of flats a bit like London`s Docklands. Just to the left of the bridge is located the Imperial War Museum (north) and on the right -out of picture- the Lowery centre. 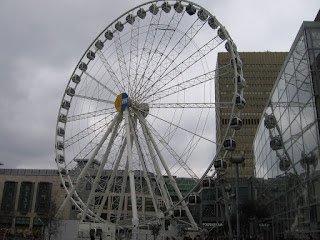 Manchester`s answer to the London Eye has 42 passenger cars and stands 180` tall. It`s fully transportable and in fact stood in Paris on the Champs Elysees for a number of years. 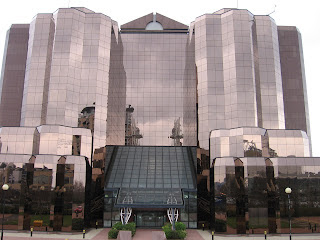 One of the fancy office blocks surrounding the Quays. 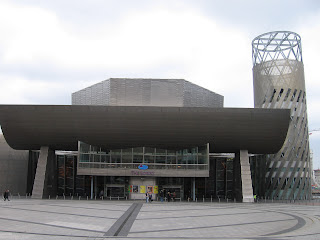 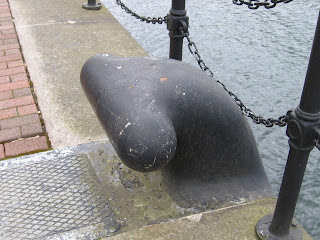 Now this is what you call a mooring bollard, British Waterways take note! 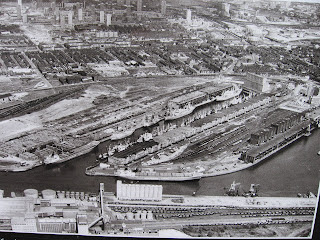 Above Salford Quays in the 1970`s and below just a few years ago. 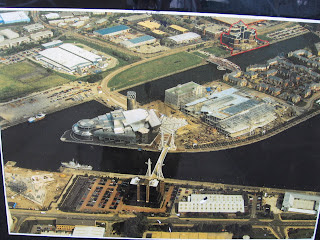 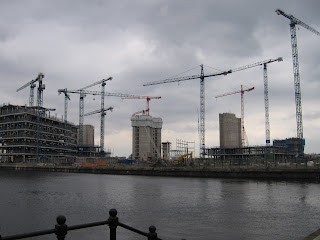 Above building around the Quays goes on and below an artists impression of the finished job. 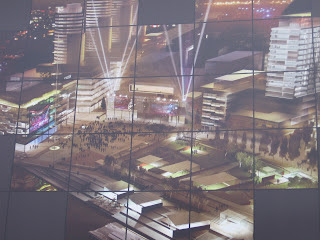 Take a ride on the metrotram.


Just took a few minutes to look back through the Blog and remind myself of the many places i`ve visited, some Blogged some not, and the things i`ve learnt of a country i`ve lived in for 60 years with so much still to see and experience. When you travel about you realise a life time is not that long and i know that at a major turning point in my life i made the right decision.
Boating is a wonderful way to relax and see whats around the next corner or over that hill, friendships have been made and interesting places discovered.
It`s not 100% perfect, what is?, but for sure it beats moping around in a house.
Up where i am in West Yorkshire, blog is always behind, the scenery is stunning so to people who have asked by e-mail have i any regrets the answer is NO.
Posted by Les Biggs at Thursday, May 01, 2008

Glad to see you have finally got to the "great North" in your travels. You now see what the South is missing!

I used to sail out of the container dock at the keys with Manchester Liners, when I was a boy. You see the city in a different scene to what it was 20 years ago.

Trust your travels are going well and the northern air feels good!

Hi Handyspanner
Hope you`re well.
Yes i bet it is so much different to when you sailed out of Manchester.
Must agree the south could learn a thing or two and it would be great to move some of the scenery from here to the south especially so from Yorkshire where i am at the moment.
LES