We came back from the Wendover arm and noticed the changing colours of the canal side vegetation. Two Kingfishers in formation escorted us off the arm and another took over halfway through Tring cutting where the leaves played their usual trick of gathering around the prop giving the impression of something attached to the blades.

Cow Roast lock was having some tlc. The flaking paint on the railings was being cleaned off and repainted. Some of the brickwork was being replaced on the roadway.
A boat turned up as we were descending the lock so we arranged to wait for them at the next lock. With eight locks to do sharing was the practical way as well as the Green way in saving water.

Chatting as you do we discovered the two young lads were going to London. One had lived aboard in London for five years and was helping the other one to get his recent purchase into London.
The five year veteran had the sense  to realise that the mooring situation couldn`t last and he said boats were in some places four abreast and expected not only CRT but the London assembly to take some action soon. 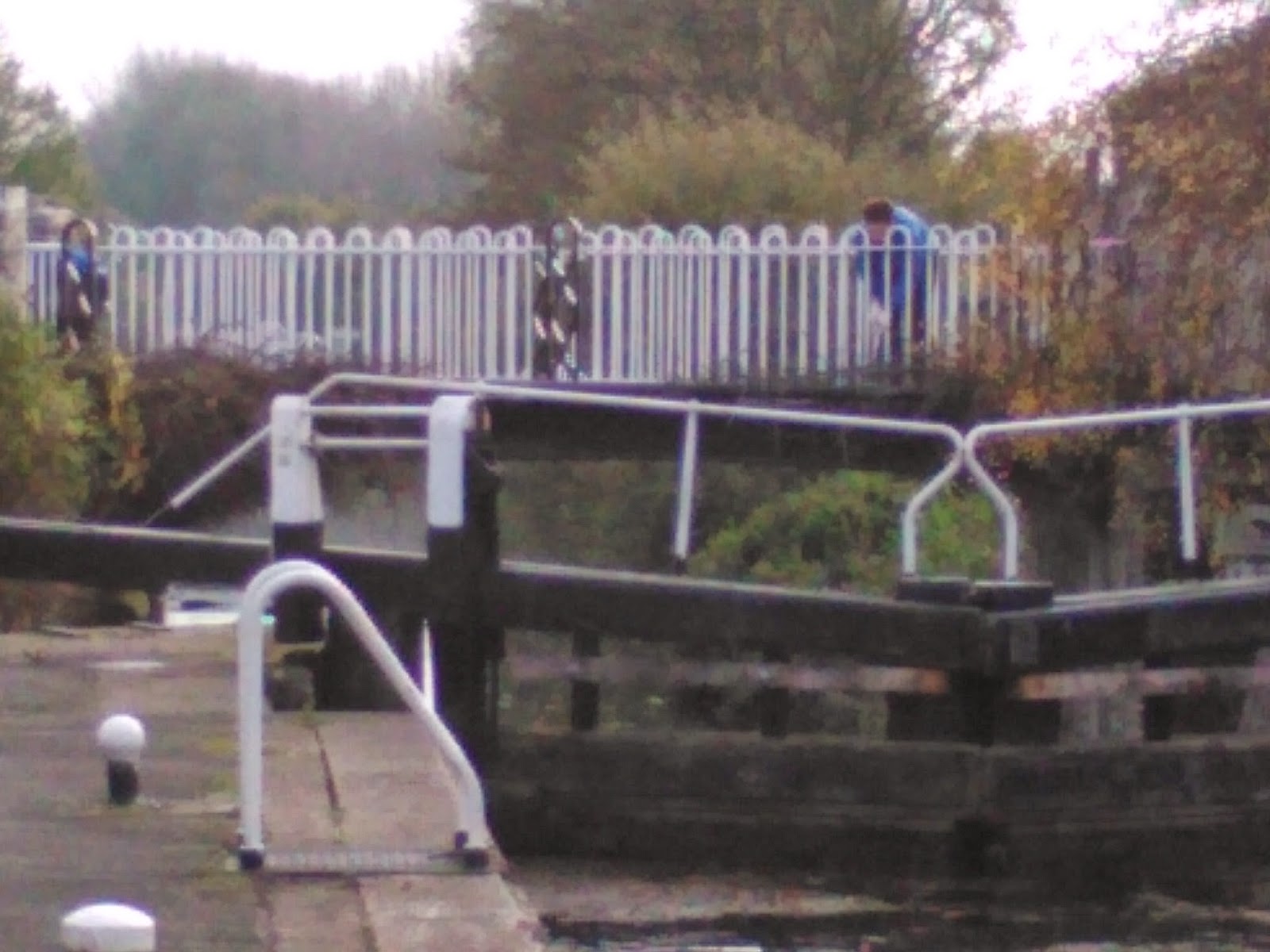 It`s been a week since British Summer Time ended and the clocks wound back an hour and we  are now in Greenwich Mean Time and the dark evenings begin earlier each day. Don`t despair because 51 days from now, winter solstice Dec. 21st, and it`s finished and each sunset will then on be getting later each day.

So what do you all do these dark evenings, steady now remember it`s a family blog, while we wait for summer when the towpath BBQ becomes the norm and those of us with solar see our fuel bills plummet.

Here aboard Nb Valerie we find it hard to find anything decent on the TV and some evenings never bother locating the on button preferring instead to read or get a game out. Now Jaq having just a basic phone that is no cleverer than herself and me having just entered the "Internet on the phone" era we for sure do not mean any game that requires power. So no X Y or Z boxes etc.

Phase 10 and Mille Bornes are two card games we enjoy and some of you have been aboard for an evening and played.
Bananagrams is a very good Scrabble like game to keep the mature mind sharp.

Have you ever bought the grandchildren a present and fancied playing it yourself? I hear lots of yes`s but have you ever gone out and bought that same game for yourself? 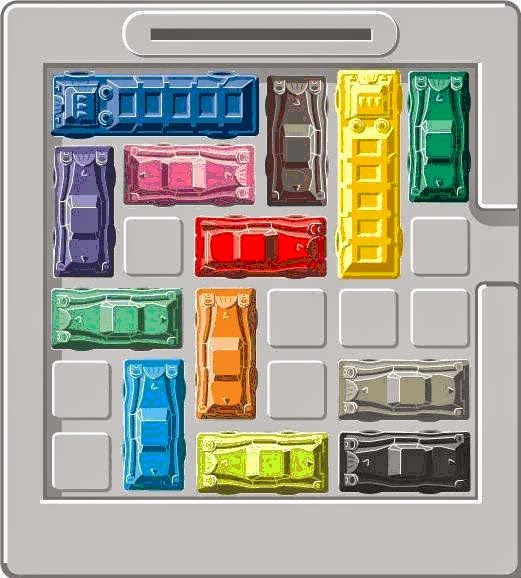 Confession time, Jaq selected this game Rush Hour for four of the grandsons here and across the pond.
Yep you guessed it I was hooked and Jaq ordered me one.
You can try it HERE. I put the link just to show you how it`s played but for me having the set in my lap as I lay back in the chair is better than clicking a mouse. The thought processes are completely different. Set the game to medium in the link and see how you get on. Altogether there are 40 different layouts to master from beginner to advanced.
All you have to do is exit the Red car through the gap on the right. No different to getting the car out of the supermarket car park/parking lot on a bust Saturday morning.


You can always fall back on a book and my best source was for many years the charity/thrift shops. I can tell you the most expensive shop is Oxfam, perhaps it`s the Harrods of the charity shop circuit.
Nowadays I have been converted to Kindle and use sites like Amazon not just for up to date volumes but also for the many discounted or sometimes zero priced E books.
Another site for E books at a discount or even free is Bookbub a site both sides of the pond that lets you select your book preference and e mail frequency.

Bit of deja vu now as once again on Monday the NHS play their own game called find the intensive care bed. Two weeks to the day since we last took part and lost. I want to win this second round game if only to go on to the next stage that takes place on the boat called nurse and patient. It`s a good game because both contestants win an unrestricted cruise.
Edit, not sure about the comment thing but as long as things are a bit easier and we get no spam we are happy.
If you still get the word thingy just respin until you can read it.
Posted by Les Biggs at Saturday, November 01, 2014

Fingers and toes crossed for Monday Les that the bed is available for you and all goes ahead as planned. xx

We have everything crossed for you both. Have you tried Bezique - a card game for two that Chris and I enjoy. Good luck for Monday.

Now to see if I get the number option this time. Jennie and Chris

Yet again no numbers to add up - the post just posted.

OK, fingers crossed for you here in NZ.
Loved the bit about the games - I enjoyed Bananagrams with Jaq and am going to get a set. I am also going to try getting that red car out of the carpark next.
I think the nurse and patient game shouldn't be out off any longer and nb Valerie is the ideal venue for it. Good thing Jaq is the nurse and not me, Les - I tire of that role pretty quickly ...
Love and hugs to you both, M&D xox

That's a coincidence -- my blog today has a photo of mushrooms growing in a crack in the balance beam at Stoke Bruerne top lock! The ones you've seen are a bit bigger, though.

Hope it all goes well on Monday.

As with the others, good luck for Monday, this business is beyond dericulous!