The problem of London moorings 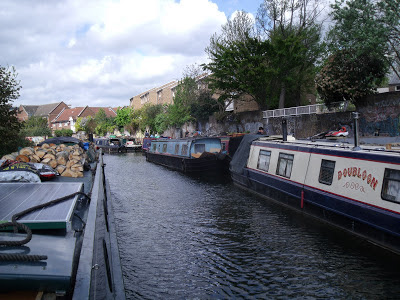 We have cruised through London twice and seen the huge number of boats moored along the Regents Canal. In places they are breasted up alongside another but also in places there are three alongside each other. Well what is the name for three boats adjacent to each other, Jaq suggests ` ménage a trois`. Perhaps we should just stick to mooring London style. 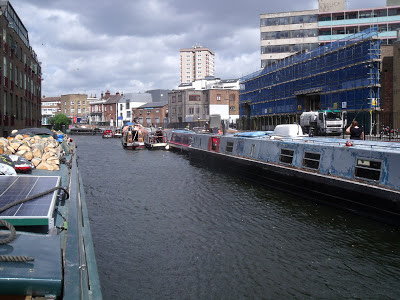 Anyway I mention the amount of boats seeking to moor in the biggest marina in the country because I see the London Assembly is to conduct an investigation into London moorings.
Not sure what authority they have to do anything but British Waterways and now CaRT have had their chance so why not let them try.


I can understand the large amount of boats in London with property prices so high youngsters find the floating option very attractive. The answer is not easy. Canal and River Trust have the answer in the Uxbridge area. All the non movers monitored over past years are to be given a mooring permit at a small cost that enables them to move up and down a very short distance. It`s supposed to start in August but this is to be confirmed. My source is a friend who has registered and been accepted. So all that changes is..........nothing. So will it spread all over the country in the hot spot mooring areas.

Another thought is will the sale of boats holding this mooring permit reach record prices in the market place. Whatever restrictions are put in place I can see some wheeling and dealing occurring.﻿
Posted by Les Biggs at Tuesday, June 11, 2013

Well a residential mooring in the Limehouse link (not a pretty
place as you have seen) went recently for £12,500 per year!!! So the Yups are moving onto the water too and soon boating won't be a cheaper option in London either. Hope you are both ok. x