Out onto the River Thames

Coming down into Brentford from Bulls Bridge I noticed how clean the canal was compared to the filth in and out of the water on my trip back I think in 2009. As the heavens opened  we moored at the bottom of the Hanwell  flight just after the River Brent and the canal merge for two days. 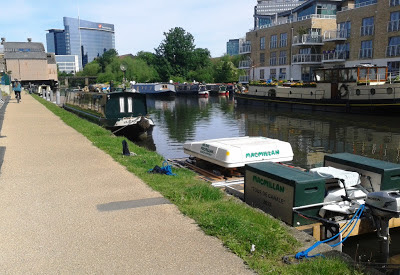 Brentford and time to pause on a sunny day. We did try booking the lock to take us onto the River Thames but received no answer. The plan was to speak to the lockeeper face to face and go the following day which we recommend if your phone call goes un-answered.
The strange craft moored in front of us has just come off the Thames and is doing a charity cruise for the Macmillan cancer charity. Link 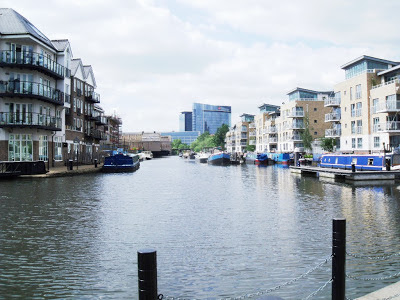 Looking towards our mooring 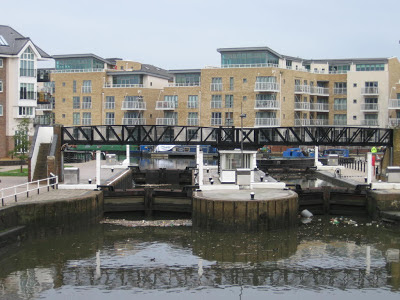 The gauging locks where boats were checked and tolls collected according to the type and weight of their cargo. This was done by measuring how high out of the water the boats were sitting. 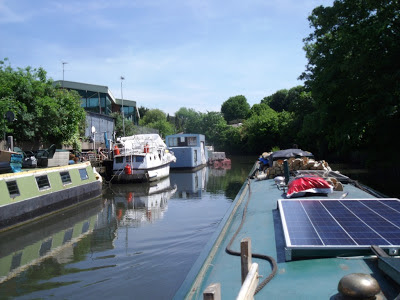 Having come through the Gauging locks we carried on down the River Brent towards the Thames lock so just enjoy the boats moored along the way. 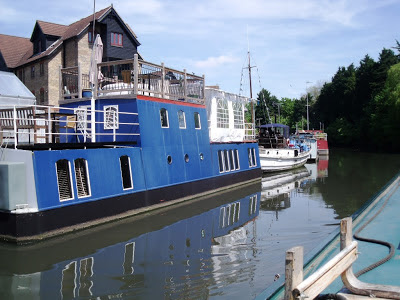 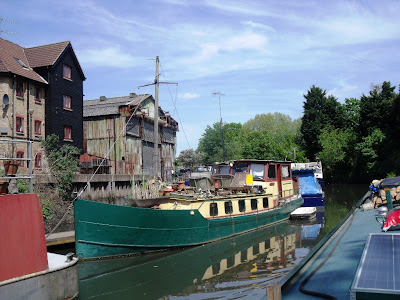 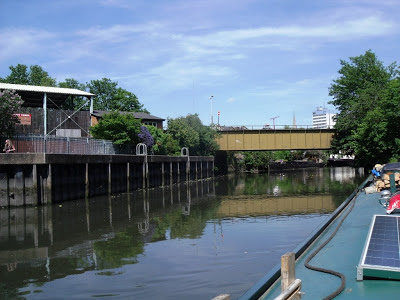 The bridge ahead carried the Great Western Railway into Brentford dock. 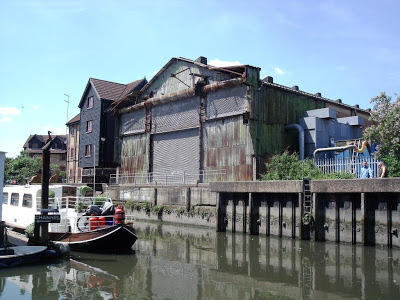 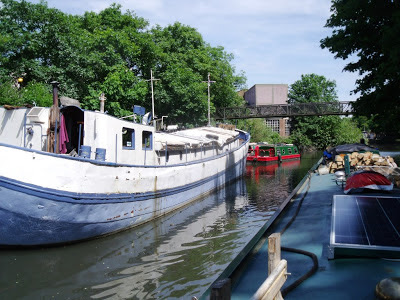 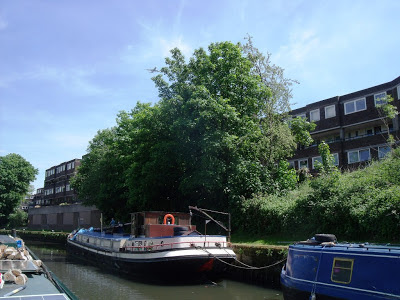 On the right as we approach Thames lock was the site of the old Brentford dock that enabled interchange of cargo between water and rail. 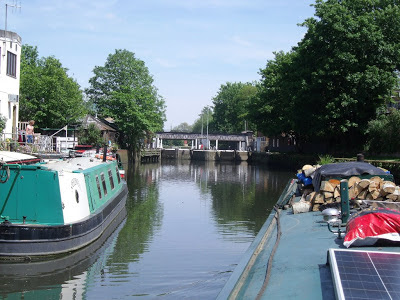 Arriving at Thames lock for our 2.30pm booking out onto the River Thames. 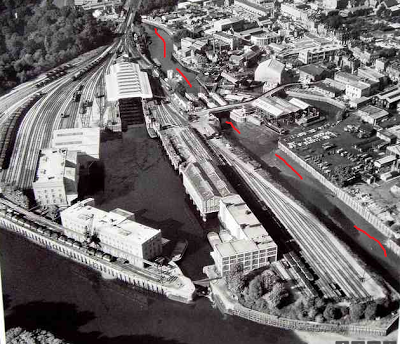 Aerial view of Brentford dock when it was covered in railway lines and warehouses. It was built in the 1850`s and closed around 1963 and by 1980 it had been developed by the Greater London Council into flats and a marina.
The red lines mark the route off the Thames through Thames lock (almost centre of picture) and onto the River Brent that will eventually join the Grand Union canal. 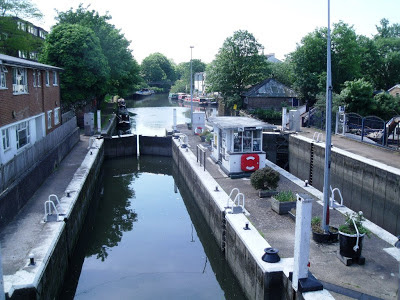 Thames lock with the Thames behind me and Nb Valerie sitting moored awaiting the lock to open. 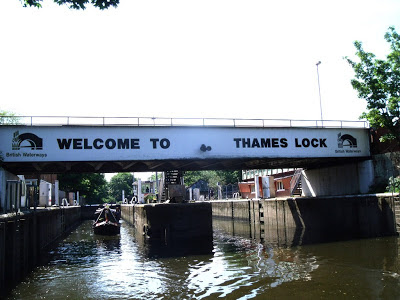 ﻿
Having left the lock first it`s up to me to lead the way. The other boat hesitated but us liveaboards have no fear and I headed towards the 10 foot waves!!!!!!!! 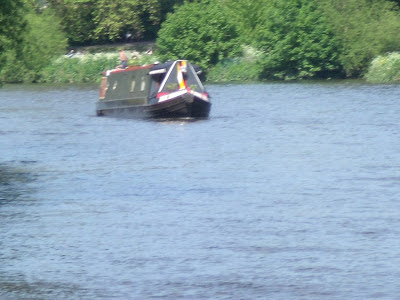 Ok he`s made out onto the Thames but still letting me lead. The waves?  Well by this time they had subsided....would I lie.
Posted by Les Biggs at Monday, June 24, 2013

Hi Les & Jaq. Welcome to The Thames! What's tour ETA to Abingdon? (I know your blog is behind your actual location.) It would be great to say hello.

Did you have to obtain a special permit to navigate the Thames? Am thinking back to the flotilla that was used for the Queen's celebrations;
something in one of the posting about special permits to use the Thames. And obviously you're not on the lower stretches of the waterway...

I had thought to let Phill read this, as it might encourage to get brave about the tidal Thames (as it is we are having deep discussions about the non-tidal Thames above Oxford), but 10' waves!!! Thanks, Les.
Mike, currently still in Seaford.

Hi Alistair
Not sure of an ETA as we cruise as and when. At the moment we are in Windsor area.
Just looked at the map and at a guess not until at least August.
Need to put a reminder on the laptop to give you a reminder as we approach.
Be nice to say hello.
Les

Hi Bryce
We had to buy a licence for the Thames that also covers the Middle Levels in east Anglia.
It cost £300 $450 on top of the normal canal licence.
The Royal cruise was in London and permits were issued for security reasons. Now it is all open with no restrictions.

Hi Mike
The Thames at the moment is very smooth with a gentle flow. It is magical.
Les