After leaving St. Pancras lock towards Islington and coming around the curve you will be faced with the view below. On the right are the new moorings mentioned by our friends Jacquie/Stein. The signs are very small and we missed them on the way out to the Lee and Stort. 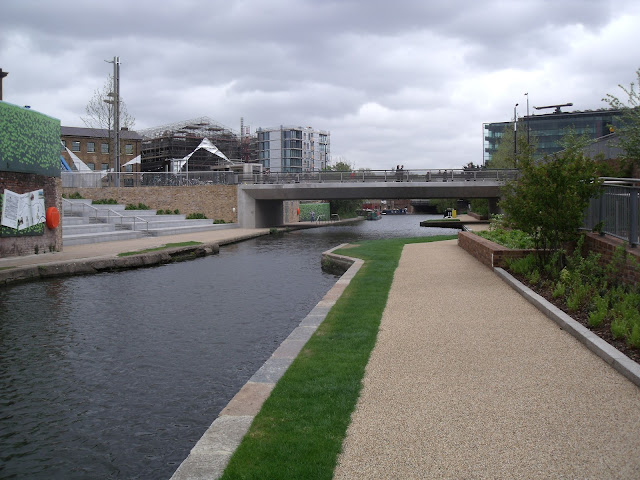 The moorings are owned and managed by a property company who are developing the area, Jaq has a blog post in the making so I won`t tread on the boss`s toes. You can see Nb Valerie moored beyond the bridge on the right. 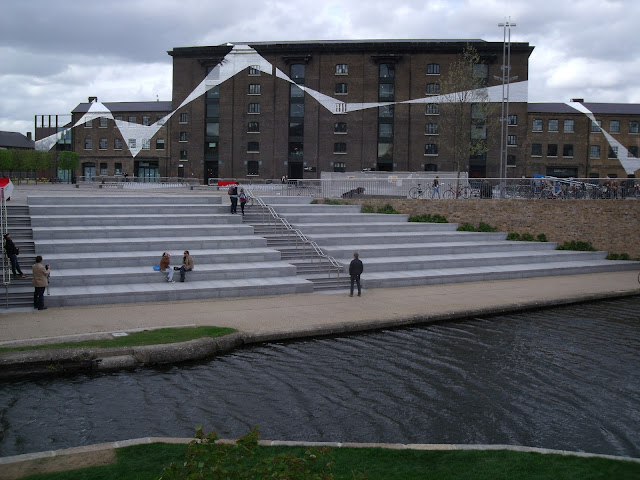 The steps across from the mooring lead up to what was the Granary store for grain arriving by train. As time went on it became a carriage shed and train formation shed for goods wagons departing out of London. 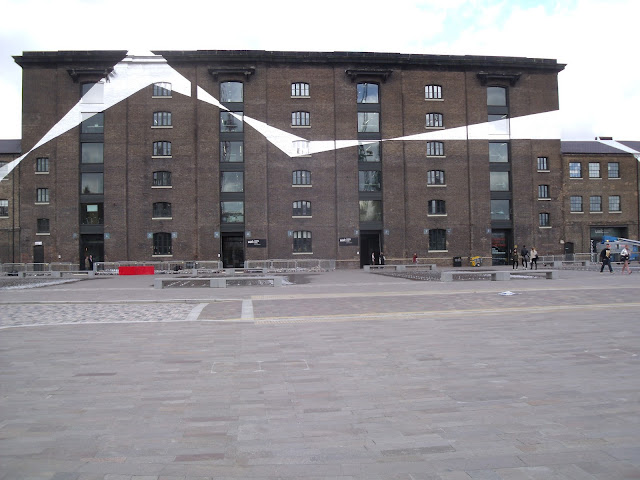 Now and then pictures. Lower picture is property of National railway museum York. Just a visit to the developers visitor centre and this picture in a book of the Kings Cross area started my historical bones a trembling. 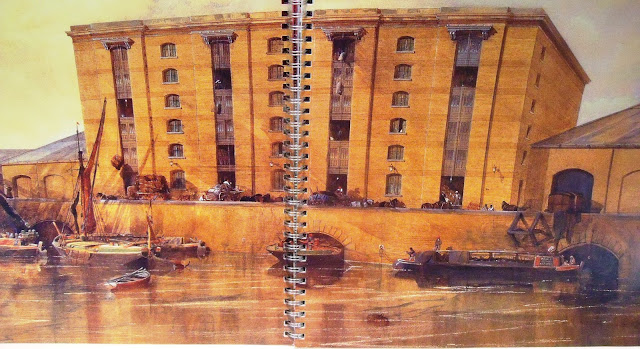 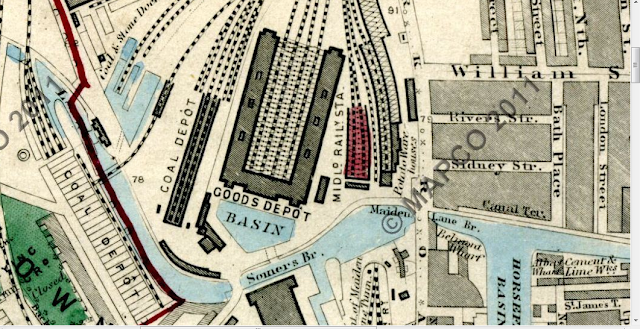 The above is copyright of Mapco and is just a screen snip I made. Before you go to the link make a mental note of some interesting places.
In the lower left the Green patch is part of the St. Pancras burial ground gradually swallowed up by the railway expansion into St. Pancras station, Jaq is blogging about the church soon.

Just above this the three train lines are going into the coal depot is now Camley Street nature reserve. The strip of Blue adjacent to the lines is St. Pancras basin and home to the cruising club of the same name. 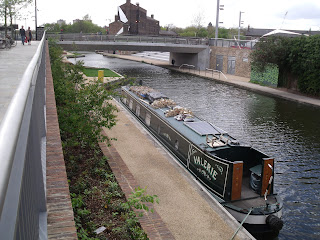 The goods depot further right with the canal basin is the one pictured above. Nb Valerie is moored just about opposite what was the basin entrance and her stern is almost at the entrance to the Gasworks basins.


This LINK will take you to the page where you can zoom in on a larger map of the area. The map is 1872.
Another link HERE (select image 3) shows a map of  the extent of the railway lines all around the area back in 1866 and details the canal.
On the map along the bottom just right of centre can be seen the Cemetery Station. This was used to transport coffins and mourners seven miles out of London through what was in the 1800`s just fields to burial grounds in Southgate which today is a suburb of the capital.
Reminds me of the gates on the canal at Kensal Green that were the entrance for coffins unloaded from boats out of London. Need to do a bit of research on this.

Kings Cross is a great place to break the journey through London and we had a quiet night once all the commuters and students had departed. The London canal museum is just along the towpath.
As I have said my editorial partner is prepping an epic blog post so you can read of the locality in greater detail. This area is for sure on our visit again list.

Hi Les,
Thanks for those interesting links, they kept me occupied for over two hours this afternoon... whilst I was 'working' LOL

Hi Kevin
I got quite excited when I found the linked sites just by Google searches. Although a railway site on a massive scale I just loved the part the canal played in the history of the area.
Les