"Health is the greatest gift, contentment the greatest wealth, faithfulness the best relationship." -- Buddha
Les caught the bus to Crewe train station early on Wednesday to begin his journey down to Watford and his physician's appointment. Before leaving my husband thoughtfully moored the boat in a safe and fairly quiet part of Middlewich near the town center for my convenience; he tuned in the satellite for TV, and switched out the toilet cassette so it wouldn't hit FULL in the middle of the night.
Les left carrying a large blue IKEA bag full of wrapped birthday gifts for the grandchildren. I needed to stay with the boat so I sent my love along in the form of packages of freshly baked chocolate chunk cookies for everyone.
While down south Les had a few errands to run and our mail to retrieve from family. He spent the night at his daughter-in-law's and visited with family Thursday morning before catching a series of trains and buses to come home that evening.
I felt strange after Dear Sir left. I came to the realization that months of functioning as a couple had caused a subtle alteration in me. I'd gotten used to letting Les do certain things such as putting up wind genny and tuning in the satellite TV.
I decided it was time to make my first vertical ascent of the boat roof to set up the wind genny on my own. I stepped out onto the stern and sat a awhile looking at the roof. I have a fear of heights combined with really short arms and legs which makes me a great candidate for accidents. 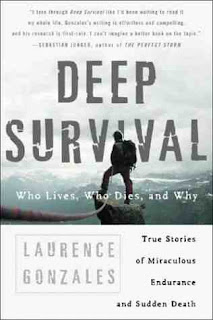 Some years back I read Laurence Gonzlales' book Deep Survival: Who Lives, Who Dies and Why. Gonzales makes a very convincing argument that most human disasters are pre-planned. He deconstructed several very well known events and illustrated his point perfectly. Out of hubris, haste, greed, anger, or fear so many disasters take place when humility, patience, thoughtfulness, accompanied by a calm demeanor while reviewing the situation can remove one's fear and allow success to occur.
Ever since finishing Laurence's book It has stayed with me and whenever I attempt something which stretches any of my personal boundaries I think of that book and I slow down, take stock of the situation, and my actions and behavior. This is my human behavioral version of that old carpenter's maxim, "Measure twice and cut once."
Using the stool Dear Sir made for me to stand on while steering, I climbed up  slowly and carefully staying in the middle of the roof whenever possible. The turbine and blades were heavier than I expected. An audience of young teenage boys playing football in the adjacent park kept watch to see if the little old lady on the boat roof managed to fall in the canal! No joy there.
Slowly, surely I lifted the genny on its post, slipped the lynch pin in place, and took my time attaching each of the guide wires to the roof. I climbed gingerly back down, and hit the ON button. I did it--all by myself!
Why, you might ask??? Simples!! It is important that Les knows I can take of myself and our floating home in a crisis; I need him because I love him--I don't love him because I need him.
As the day moved forward I found myself reverting to the tough, determined single woman I have been for many decades. It was great to know she is still alive inside, underneath all the loving care Les lavishes on me as my partner. 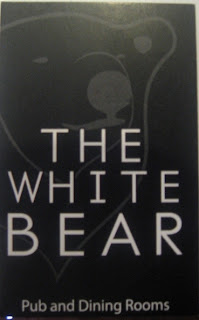 I washed two loads of laundry and hung it to dry, then took a walk into the town center for a few bits and bobs and stopped at The White Bear pub for dinner. If you are ever in Middlewich make sure and take the opportunity to eat at The White Bear. If you enjoy fine food, well prepared and reasonably priced you won't be disappointed.
The chef sources his vegetables from a local organic farmer and purchases all meat from a local butcher. The chefs are professionally trained and the wait staff are friendly and fun. This isn't a traditional boater's pub but one with a young attitude--Indy rock music plays on the sound system--but not too loud--and the atmosphere is one of youthful energy.
We seldom eat out as it is difficult to find places with food prepared better than I can cook myself. I don't mind paying a few bob for a really good meal but I detest spending one pound or dollar for crap food. So it was a joy to tuck into my meal at The White Bear (Wheelock Street, Middlewich, Cheshire; 0606 837666; hello@thewhitebearmiddlewich.co.uk.) The owner has a web site up at www.thewhitebearmiddlewich.co.uk however it is not fully functional yet. ﻿﻿
Thursday morning dawned bright and amazingly without rain!! I spent three and half hours cleaning the boat from top to bottom, bow to stern while rocking out to a two DVD mix I made called Flashback. (The play list is available at the very bottom of this post.﻿﻿﻿﻿﻿﻿﻿﻿﻿
I made the bed with clean sheets. Wrestling with with the thick inner spring mattress in such a small space made more it difficult to do than putting up the wind genny!  I aired the down comforter (duvet) outside in the rare English sun, and washed all the windows--inside and out.

In the afternoon I baked a fresh cherry almond custard tart for dessert and caught up on work related issues online. I was thrilled the Writing Center wanted me to continue instructing ENGL 102 and UCOLL 302 for fall.
When Les came home Thursday night his freshly groomed wife greeted him with a dinner of boiled bacon, Champ, and glazed carrots. He was thoroughly chuffed I put up the wind genny; Dear Sir was full of admiration  for my "if he can do it, I can do it" spirit--to quote him directly. 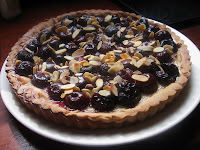 Today we finished up our charging station which Les began building over the past month as we cruised along. Les picked up parts along the way from Nantwich to Chester.
We originally sat down together and I drew up a model of what I thought might work for us. Les and I tweaked it as we went along, he doing most of the work with a few basic tools, great determination, and an in depth understanding of electronics wiring and gadgetry of which I know nothing. ﻿﻿

The idea was to have a central cupboard from which to charge our laptops, phones, the Internet pointer and other items needing a good electrical charge. It was my hope this cupboard would stop the insanity of cables plugged in everywhere around the dinette which imprisoned one in a cat's cradle of criss-crossed wires.

Les picked up a laptop power supply for his Lenovo laptop in Chester, and we ordered one online for my Toshiba. These are permanently in place in the cupboard, plugged in to 12 volt cigarette lighter sockets wired to a simple on/off switch on the outside. ﻿﻿﻿﻿﻿﻿
These are basically mini inverters with the capability of increasing voltage  from 12 to 24, according to the power requirements of the item one is charging.
The charging station is compact in order to fit tucked under the boat gunnel at the end of one of the dinette benches close by where we sit with our computers but not impeding the use of the dinette for seating or breaking it down into a bed for guests. 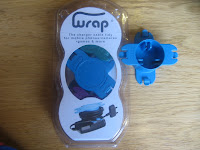 I found charger cable tidys online at Moore Industries, which led us to a supplier: Lakeland online store. We ordered and paid for them online and  selected the 2Click and Collect at Your Local Store" option. Les picked them up at Lakeland in Watford. These little beauties work perfectly to keep the cords and plugs under control--and they are made in England!
The rain has found us once more, pouring all day to a greater or lesser degree. Tomorrow we will make one last foray into the town for some DIY bits and a Daily Mail TV magazine, fill up our water tank and be on our way down the Trent & Mersey toward Wheelock and Sandach. 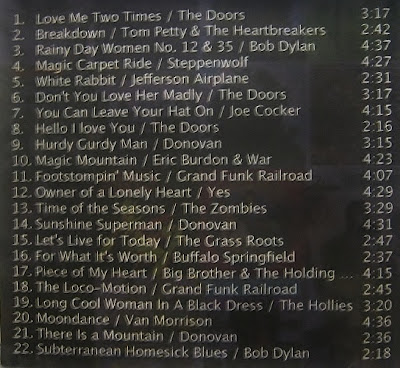 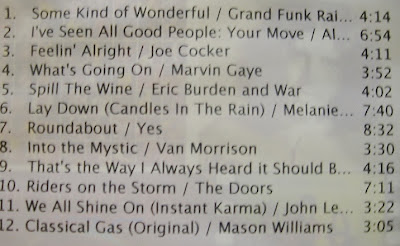 Jaq and Les - I may not comment often but I ALWAYS greatly enjoy both of your postings. Glad all will be okay with you Les. Love the idea of your charging station. Well done! Glad you're still working for WSU Jaq. Really appreciate all the photos and comments of the views along the way. What a life!!!!!!
Karen in Pullman

Hi Karen! It is great to hear from you! I was missing you! So glad you are still following along with us and still enjoying the blog.
Love Jaq and Les