Market Drayton in Shropshire could be called the 3 counties town with Cheshire & Staffordshire being close neighbours.
1245 it was granted a market charter.
1651 a fire destroyed most of the towns half timbered and mostly thatched roof buildings.
1725 Robert Clive( Clive of India) was born just outside the town.
1823 the Buttercross Market shelter was built.
1830`s the canal arrived.
1860`s the railway arrived. 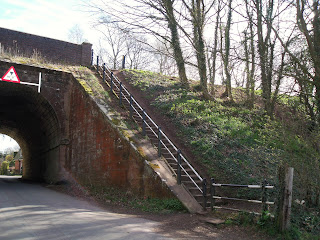 This shows how high the embankments were that Telford built to carry the canal across low ground. I was moored up there and this was an easy route into town. 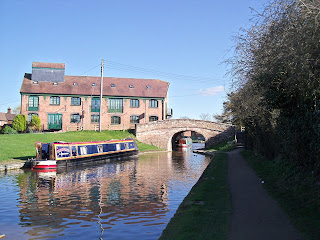 Below the Buttercross Market shelter from where farmers wives sold their produce still houses a bell to be rung in case of fire. The building behind and to the left was the Cheshire Cheese an Inn during the 1800`s that was used for the prosecution of felons, what we call courts although i bet a few modern day felons wished they could get a pint while waiting the verdict. 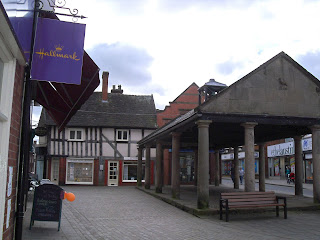 This is the Tudor House built 1653 after the fire of 1651 destroyed much of Market Drayton town centre. Over the years it`s been a fishmongers, bank and restaurant also a stream runs below it. 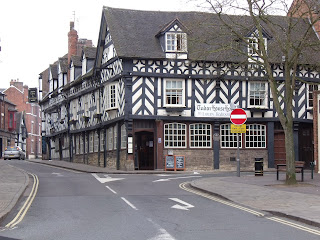 Below leaving Market Drayton passing on the right what was in the 1960/80`s the Ladyline hire base now housing but the stern end moorings still remain. 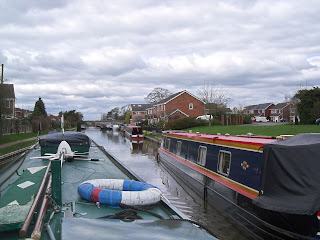