As it`s half term there has been a marked increase in the number of hire boats on the water and as i am going onto what is thought to be one of the busiest canals, the Llangollen, i decided to spend a couple of days on the Middlewich Arm that connects the Shroppie with the Trent and Mersey. The reason was that as i passed Hurleston junction i observed a queue of 4 boats waiting to enter the Llangollen at the locks which didn`t surprise me and only confirmed my belief that it would be chaotic on the Llangollen till the half term finished Friday. 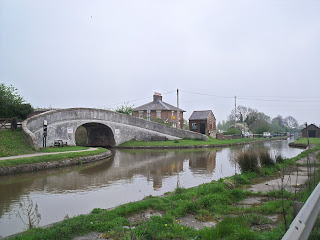 So under the bridge above and just 30 mins cruise to find a nice quiet spot that gave me a chance to change the gearbox oil and although it wasn`t quite due i changed the engine oil as well. 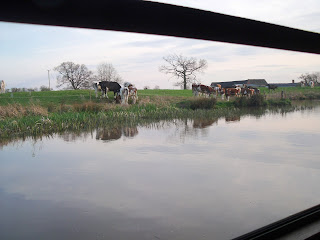 All i had for company were the cows pictured through the galley window. Four ex working boats 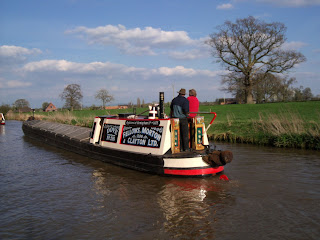 came by on their way back from the boat gathering at Ellesmere Port Boat Museum. They must have added to the queue at the lock some mile or so ahead as i had just returned from a walk that way and there were 4 holiday boats waiting to go down the lock and 2 waiting to come up. 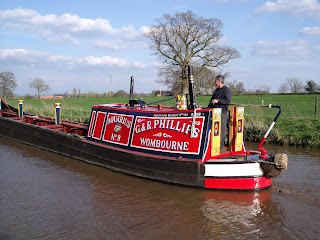 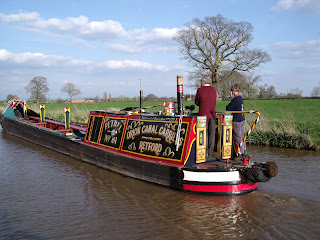 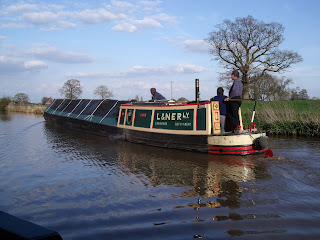 After a couple of days i went down through this same busy lock, but only after noting a gap of an hour with no boats passing me which told me i wouldn`t be in a queue, to re- fuel the boat at Venetian Marina because i knew from past experience that the price of fuel tends to be higher on the Llanglollen as the marinas` have a monopoly with the canal being one way in and out.
With the boat turned i went back through the lock to spend a night at the junction so that i could jump on a bus into Nantwich for a few bags of grub from good old Morrison's.
I have now come up the 4 locks onto the Llangollen but have only gone a short distance and will wait till Friday afternoon to move again by which time some of the hire boats will be back at base with the Saturday finishers moored near their bases ready to hand back at 9am.
Post to collect at Wrenbury post office ( thanks Bev) and then enjoy the Journey in and out of Wales until finally finishing in Wales at Llangollen. Might just ride the steam train this time as the last time i did was with Valerie, the boys and Tammy our Golden Retriever some 15 years ago. Happy days.............
Well i think i will throw a few logs into the fire as it`s raining and a bit chilly here and then settle down to watch the footie.
Posted by Les Biggs at Thursday, April 16, 2009

Soooooooooooo jealous - wish we were there with you - one of my favourite places. Enjoy the trip and look forward to seeing your pics - don't forget Horseshoe Falls!!!!

Hello darling Antinady
Wish you were both here,it was fun while it lasted.
Horseshoe falls was a bit of a let down but the rest of the Lanigolly made up for it.

You were at one of the few places that I could say I've seen that.Even though it was just a glimps as we passed by.Certian remembery Nantwich & Wrenbury. The one carriage train to get there if I remember correctly.
Look forwards to your pics as ever. Take care. Sandra

Hi Sandra
Yes i remember you arriving at Wrenbury and leaving at Nantwich but can`t remember where else we went.
Keep well and we might just meet up again one day.