SHORE LEAVE IN ``CITY of YORK``

It`s been 5yrs since I last visited York by train but this time arriving in York on water instead of rails was so much better.
All the following pictures are just a small sample of the many places to see and visit in this fine city and were within a 10min walk from the Museum Gardens moorings run by York council on a 48hr max stay. When I phoned the relevant council dept. about the 48hr being too short a time to visit the many attractions i was told the moorings were not policed, welcome to York, enjoy your stay. A bit different to the replies i got when phoning my local council when i lived on the land. Well done York council. So if you stay a little over the 48hrs.........enjoy!

Well i suppose the first picture had to be the famous York Minster 250yrs (1220-1472) in the building with it`s central tower 197` high. The religious aspect of the Minster does nothing for me personally but the stonework both inside and out has to be admired and the many magnificent stained glass windows all this work with the minimum of tools.......breathtaking.
My £8 concessions ticket gave me access not only to the minster itself but the Undercroft, Treasury&Crypt and the Tower, still puffing now following the climb. 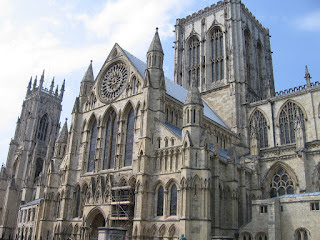 This is the best picture i could take of the Minster as its close proximity to the streets of York makes it hard to picture the whole building at ground level. 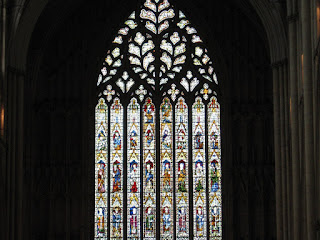 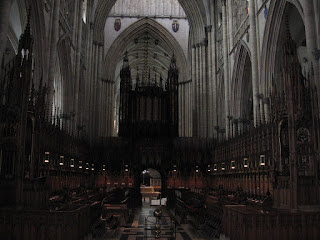 Above and below shows just part of the inside of the Minster. 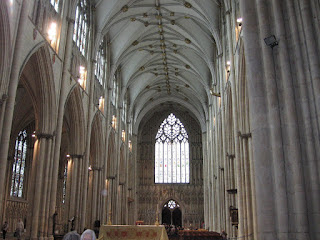 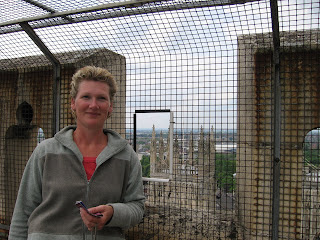 Above and below shows Beauty & The Beast, ok it`s Tina and Yours truly on top of the Minster Tower having climbed 275 spiral stone steps to get there. 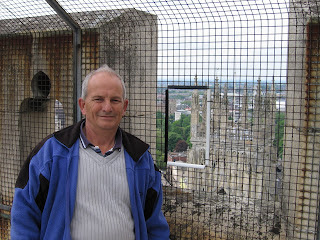 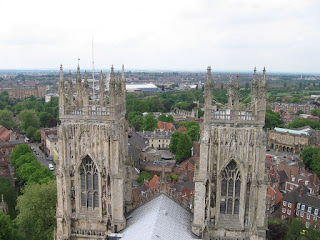 Above one of the all round views from the Tower. 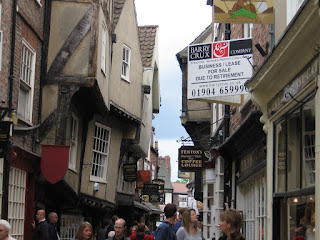 Above and below the Shambles where in 1872 26 butchers shops were located and a lot of the shops still have the hooks from when the meat was hung outside. Not much in the way of Health & Hygiene laws in those days. 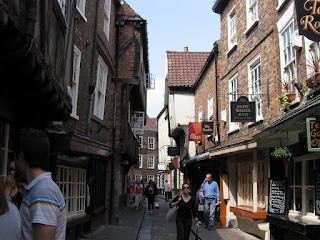 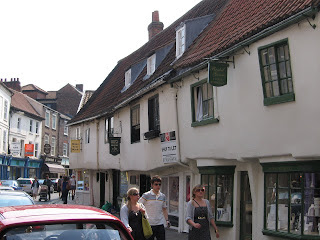 Above the oldest surviving row of houses in York, built 1316 in the churchyard of Holy Trinity that stands to the rear. Below one of the many alleys to be found in York. 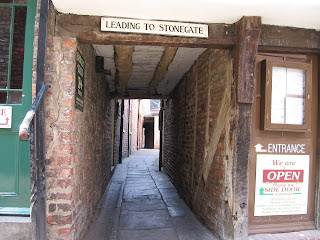 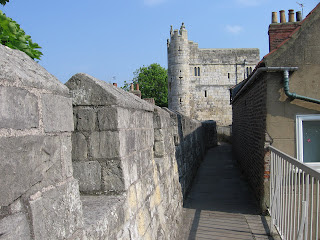 Part of the 4 kilometres of city walls that can be walked to get another view of York and below one of the gateways to York some have a portcullis gate in them. 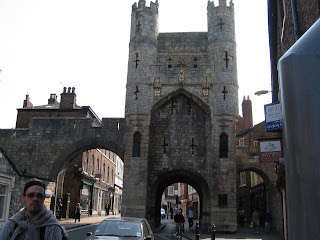 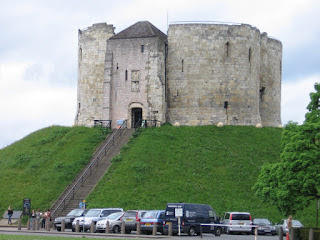 Above Clifford`s Tower once the stronghold of York Castle. 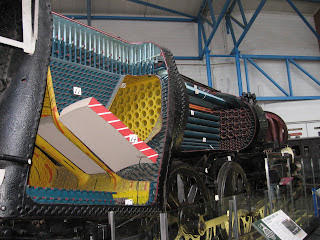 Above and below how could I being a steam train lover not visit York Railway Museum opened in 1975 and contains not only steam engines and Japan`s Bullet train but a warehouse full of railway artifacts saved from stations and lines now closed. I liked the display above where the museum has cut a loco down the middle and numbered each part to correspond with a detailed explanation on the display boards.
Also in the museum can be found Royal Trains with eye level viewing platforms so you can share the luxury our Royals travelled in. The Museum is Free!!! Hi Bill hope you liked the pics, say hello on the comments. 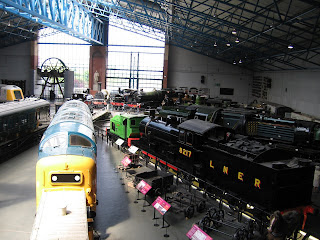 So that`s just a snapshot of what York has to offer. Far to many to picture.
The Castle museum housed in the city`s former prison where Dick Turpin spent his last night before being hanged in 1739.
Ghost walks with a knowledgeable guide to point out and tell about some of the interesting happenings in York past.
Or if your feet won`t stand the walk hop on one of the tour buses where an all day ticket allows you to get on and off as you please.
The Jorvic centre that became established when building of a multi-storey car park revealed a Viking city in layers of mud whilst the foundations where being dug.
The list can be endless so come to York and see for yourselves.
Posted by Les Biggs at Thursday, June 05, 2008

Hi Les
If you haven't seen it yet DO go to the Castle Museum - it is BRILLIANT, much better than the Jorvic. York is such a splendid place perhaps Joe and I can head there next year in NB Caxton
regards
Lesley K

Hi Lesley
I did go to the Castle museum when I visited by train some years ago and i agree it`s good.
I have added a link to your blog on my `Other boaters sites`.
The stress of selling up is worth it this life afloat is wonderful.
See you on the road soon.
LES