Well here we are in Llangollen after a very pleasent cruise from the Ponty Aqueduct with some stunning views. This is the main street through the town with just small shops selling all your basic needs, no big names here and it reminded me of a seaside town with it`s many gift shops. 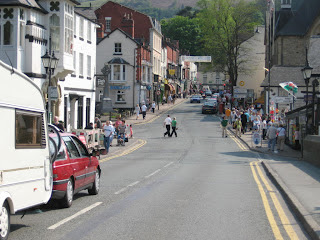 The marina owned and run by BW holds about 35 boats each having electric & water points and the mooring fee is £5 per night although you can moor free for 4hrs upto 4pm. The marina has only recently opened to ease the congestion because of this being end of navigation and as you saw in the last blog the narrow approach to Llangollen the moorings were very limited. You can just see our three boats in the top left corner. 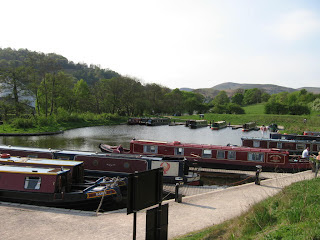 Under the bridge that leads upto the high st. flows the River Dee and it`s a very popular with canoeists fighting the force of the river as it crashes over the rocks many ending upside 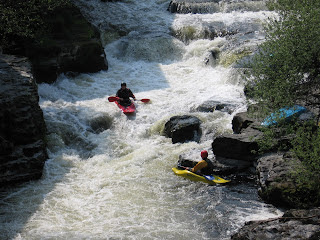 down and having to fight against the current to right themselves. This is the view from the bridge looking up river towards Berwyn. 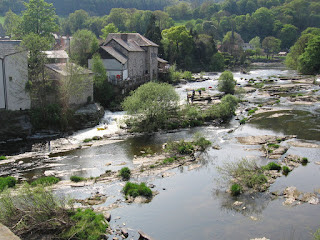 The railway came to Llangollen in the early 1800`s and was part of the Gt. Western Railway when it closed in the mid 1960`s. In 1975 a group of railway enthusiasts set about re opening 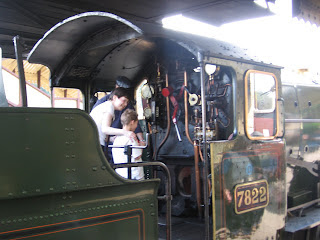 the line and from having just 60` of track then the line now stretches almost 8 miles to Carrog. 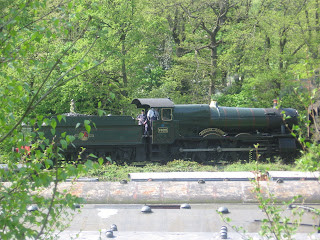 On the day we were there 7822 Foxcote Manor was in steam and was doing good business with many people filling the carriages. Tina/Andy below enjoying their new trainspotting hobby. 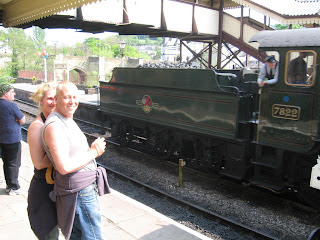 Walking along the towpath towards the source of the canal the Chainbridge hotel is passed and it gets it`s name from this bridge built in 1814 to transfer coal and lime across the river from nearby mines. It was re-furbished in 1870 by Sir Henry Robertson but in 1928 flooding caused the bridge to collapse. In 1929 Sir Henry organised the retrival of the original hand made chains from the river and re-built the bridge to a stronger design.
Also along the towpath can be found a motor museum containing amongst it`s many exhibits Ford, Austin, Vauxhall and Citreon cars and BSA, Norton and Triumph motorcycles. 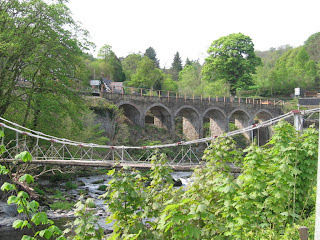 The Horseshoe Falls is a weir stretching across the River Dee that Telford built so that he could use the diverted water to feed his canal. 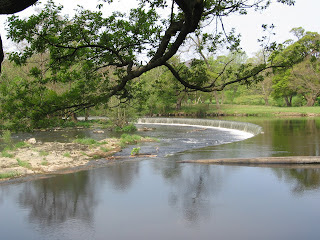 Below is pictured Berwyn station the first stop on the steam train ride from Llangollen. I took this from the towpath looking across the R. Dee. 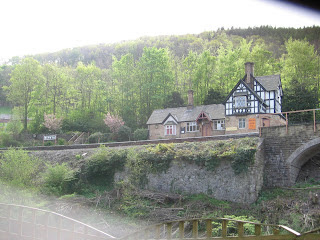 In Victorian 1884 a captain Jones started the first horse drawn boat service at Llangollen. Today the journey can still be made in somewhat more modern with wheelchair access and fully enclosed boats. The 45 min trip now costs a fiver, wonder what it was on Captain Jones boat. 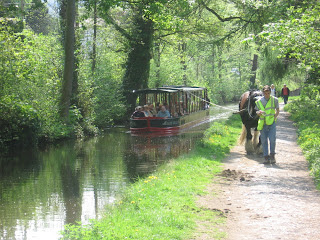