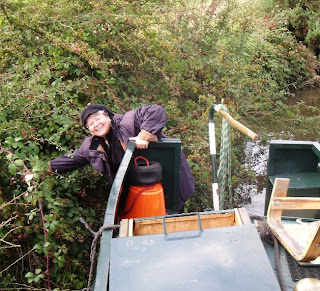 She smiles Blackberry picking on the offside as we cruise along 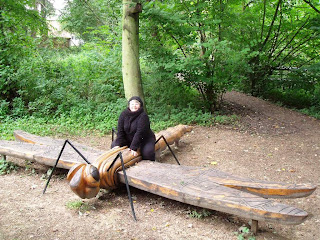 And again she smiles as once again that childhood surfaces 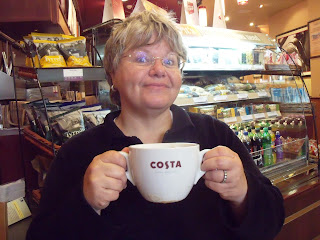 but none of it would be possible unless the American has her coffee fix. 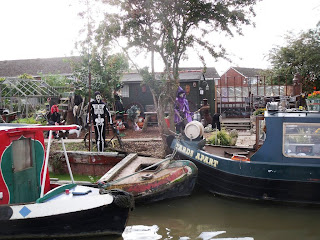 Off the Ashby canal we pass Charity dock moorings plenty to make the eye sparkle as long as you don`t look to much at the many sunken boats. 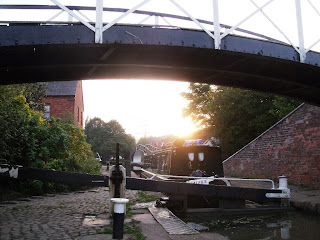 Through Hawkesbury Junction we join the Oxford canal as the sun starts to set. Our toilet packed up completely so a trip into Coventry for a Porta Potti to stop us crossing our legs has made us late.
Late for what? Nothing really just later finding a mooring than usual. We are looking at getting a marine composting loo but more on that another time. 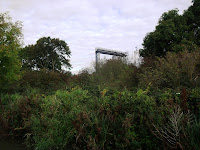 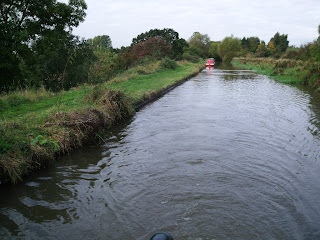 This is our mooring the morning after and looking across we could see how close we were to the trains. As we moored up in the fading light a barn Owl flew out from that tall tree on the left of the mooring picture. In the morning as we set off a Grasshopper tried to hitch a ride. 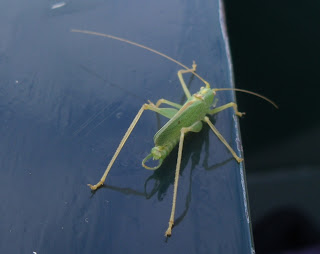 He must have known we would only be going 200yards but as to why will be told next time..........dinner awaits.