The Upper Peak Forest canal was constructed in 1794/6 and such was the slope here that substantial stone buttresses were built to support the towpath. Many of the buttresses can still be seen 200years on, such was the quality of the work.
In 1897 the Midland railway company were looking to build a line from Heaton Mersey to Sheffield and the route would pass lower down the slope. Although the canal had given no problems in the 100 years it had been at this location the railway company were troubled. They believed the canal could burst it`s bank and wash the railway line away.
In 1903 the Midland and Great Central railway owners of the canal agreed to move about 328 yards of the canal to the south. This was so the canal would sit on more stable ground but I think looking at the site today the railway company were worrying about nothing. 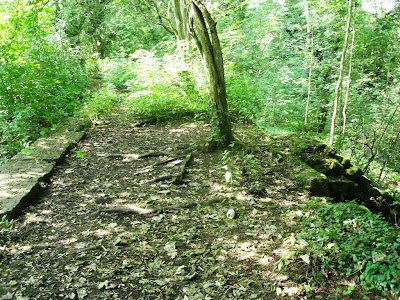 To the left the towpath edging stones. Centre is the towpath and to the right one of the buttresses. 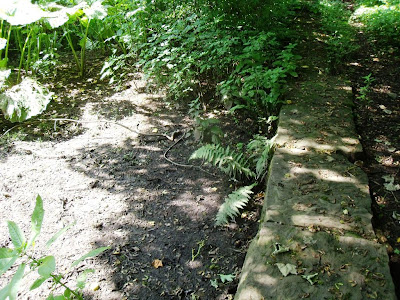 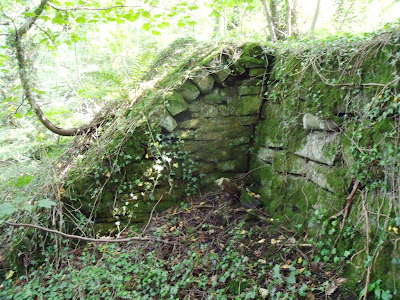 One of  several buttresses. 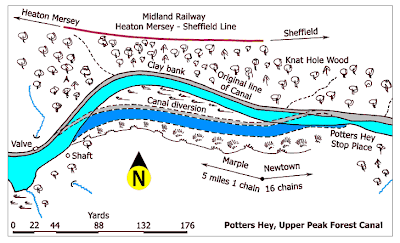 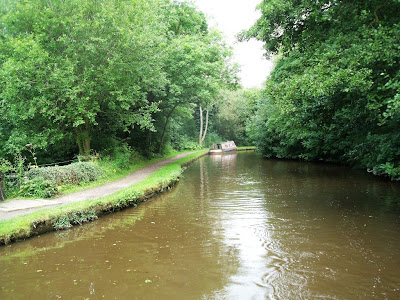 The location today looking from the winding(turning point) hole. This is after bridge 27 heading towards Buxworth. If you go looking force a path through the greenery just about where the boat is moored. You can see the new route bends to the right.

Hi Les, this is most interesting. We have cruised this canal many times and not realised this part of the history of the route.
Anton