On Friday we travelled down by train from Rugby to Watford and stayed in a hotel overnight to make the journey to Heathrow easier on the Saturday. The hotel room including fruit chocs and Champagne was a gift by my friend Amanda, thank you so much. Also included was access to the Sauna, Spa and Swimming pool which we made use of. 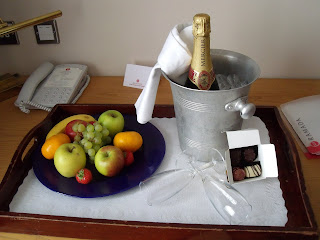 Saturday morning having awoken refreshed and indulged in an excellent hotel breakfast we were picked up by d-in-law Bev and spent some time at her mum & dads before being dropped off outside Terminal 5, thanks 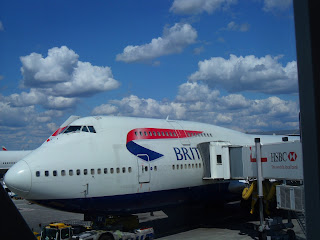 Alan & Tina,where this huge beast was being fed before our 9hr flight across the pond. It`s a 747 with 467 seats and can be a maximum of  442,000kg on take off. After climbing to 35,000ft it will reach speeds of 610 mph. I know how it gets off the ground but still sit there at each take off saying to myself  `how`.  It must have reached it`s top speed for most of the journey as we left late after a passenger was off loaded by a medical team plus the patients  luggage and we arrived about 10mins late having made up 40mins. 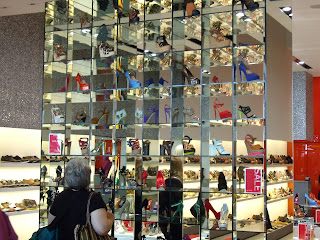 Now every girl likes to browse the shops and Jaq is no exception so with plenty of time before take off we
strolled around T5. 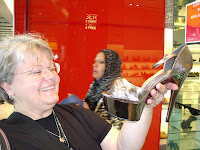 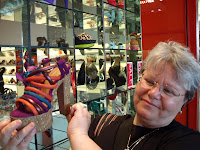 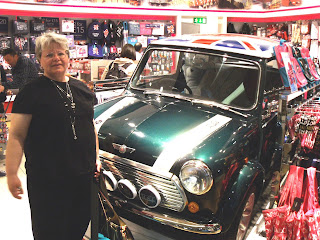 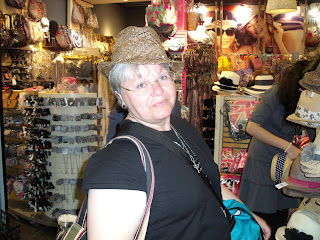 Wedding Hat?
The only thing we needed was the license issued by the Whitman County Auditor at Colfax court house in Washington State. As you can see it gives permission for Jaq and I to be wed  by a person legally able to 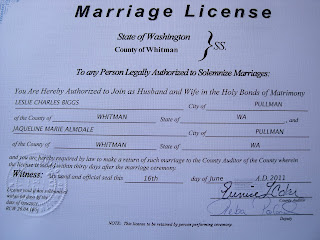 Solemnize the marriage. The cost was $58 and it is valid after 3days and expires after 60 days. On the Monday following the marriage we will be back at the Court house to get certified copies of the certificate to start off the paper chase involved in getting Jaq a spouse visa to enter the UK. More of that little game as we play it.
Posted by Les Biggs at Tuesday, June 14, 2011

Not long now.. just make sure you tick the right boxes you two! xx

Good on the two of yer! Many, Many Happy Days!

Hi Grandad and Jaqueline!!! Hope you feel better soon grandad and you have a very nice wonderful, fabulous wedding. Hope you and Jaqueline have a lovely, lovely outstanding day.

Lots of Love from

p.s when you get back can you let me stay on the boat and can i stay overnight and do some wonderfall fishing love you lots jack again.

Best wishes to the both of you, see you back in good old blighty as a married couple!!
Lesley

Good luck and Blessings from wb Pippin and crew....

By the way, Les, have you introduced Jaq to Marmite yet?....

Best wishes on your 'special day' and for the rest of your lives together. See you on your return.
Loves and hugs
Tina & Andy
xx

Glad you liked the hotel, you both deserved it.

All the best on your wedding day, Cant wait for you guys to come back Mr & Mrs Biggs.