This is Braunston Tunnel and i was pleased to see some work being done on the landslip that has
been causing problems for boats entering/exiting the tunnel for some considerable time.

Fate is a funny old thing eh!, there i am waiting to start the Braunston flight of double locks hoping for someone to follow along and make the journey easier when just as i had entered the first lock along comes a boat. And here started the most enjoyable 2 days for a while because the boat that will remain nameless was crewed by a solo lady who will remain nameless for reasons of her privacy, well you know what the towpath telegraph is like and as she was so nice i wouldn`t want to cause any embarrassment.

After the Braunston flight we stopped for a cuppa and after doing just the top lock at Buckby we retired to the New Inn for a drink and so comfortable was i in her company offered to cook dinner and to my delight she accepted. Sadly we parted company at Weedon so if you read this my new found friend please e mail from the "my profile" bit over on the right. 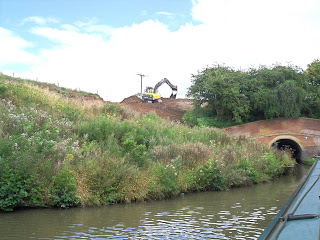 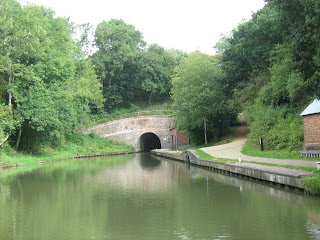 show the following pics taken from up front where the tunnel light lit up the tunnel. 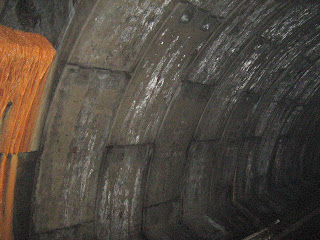 above the picture clearly shows the concrete segments used back in the 1980s to reline the near collapsed middle section. It is in fact today the 25th anniversary of the tunnel re-opening and i am at Stoke Bruerne for the celebrations but more on that next time. 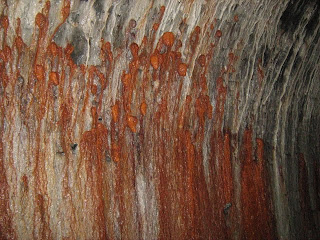 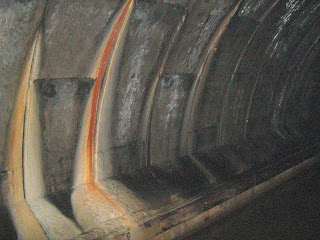 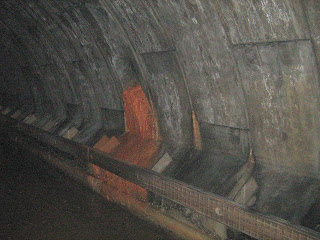