Looking through the bridge at Hartshill towards Nuneaton the hill in distance is man made of rock and spoil from the stone quarries. Granite was a common product in this area and the spoil was piled high to limit the amount of land taken up. From Hartshill Quarrymans walk is a series of signposted walks that take you past the now mostly un-worked quarry`s although as you get nearer Nuneaton some are still working. 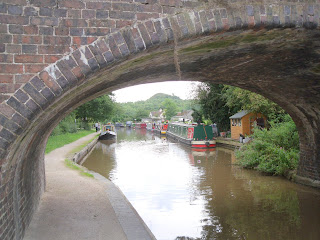 Another attraction in Hartshill is the 13c Castle or what remains of it. 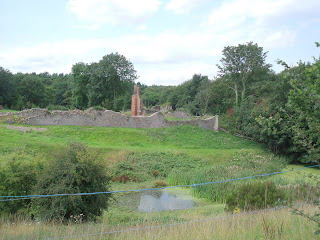 and not so old or big are these miniature horses that passed Nb Valerie on their daily walk. 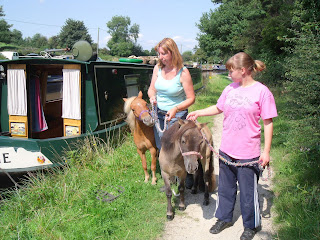 Below is the old entrance to the Griff Arm and as is usual with me i had a `Google` and was amazed to learn that this didn`t just go off to service Griff colliery but in fact joined a network of canals built by Sir Roger Newdigate between 1769 & 1796 to transport coal and produce around the Arbury Hall estate. The canals were fed by streams and pools in the grounds and stretched for 6 miles with 13 locks of 40`x6`.

These canals and tramways and in later years an amazing complex of railways served collieries, brickyards and quarries. 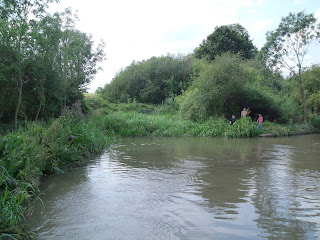 There were 2 connections to the Coventry canal, the Griff Hollows canal (Griff Arm) in use until 1961 when the pit closed and the Coventry communications canal near Bedworth Mill more towards Bedworth. Must try in the future to locate this as the only other arm i have found is the Newdigate arm by brdg 13 but i`m thinking this might be to far down.

Click the images below to see the map enlarged and the text bottom of map. 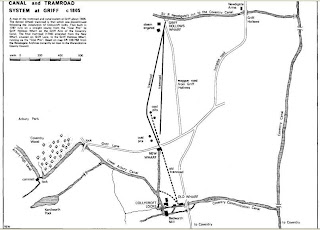 Amazing what you pass by as you cruise who would have thought behind this overgrown corner existed such a complex system and i have made a mental note to get the walking boots out next time i pass and see what remains of it all.

Below is the Turnover bridge that enabled horse drawn boats to enter the arm. The existing towpath is on the left and the horse could walk over the bridge without un-hitching the towline to the towpath that can still be seen leading into the arm behind my position taking the pic. 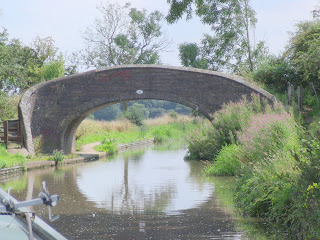 Congrats on teh post. It is very interesting. I have ancestors from the area and this is so significant to me!