I should have put boat in that title. Yes i could have changed it. But you didn`t really think the post was about.......did you!
Just sitting here thinking about the past month or so and noting we haven`t traveled great distances. We set off north from Milton Keynes some time back and on the map that would be through Weedon Bec.
The end of the first week in July we entered Braunston waiting for post that should have been there within two days, to this day it has never appeared either at it`s destination or returned back to sender.

Royal Mail suggests something grand, it sends out vibes of the Queens mail will get there this is the service to beat all. What a load of tosh. Now sold off to be another national institute that is making money for financiers.
Oliver Cromwell in 1654 granted a monopoly of the mail service to the Office of Postage. I wonder what he would think of my letter not arriving, heads would have literally rolled.

One of the most tragic happenings in the Royal Mail, other than the sell off, was the allowing of private courier company`s to collect mail and sort it and re enter it into the system for postmen to deliver. I have seen this happen and personally dropped mail sacks into postal sorting depots.
Let me explain briefly what happens. A private parcel courier company collects say ten sacks of mail from Boots head office. The mail is sorted into destinations across the UK and travels overnight on the parcel company`s trucks. At each delivery area the sorted mail for that area goes into the local delivery office and the postmen deliver it. Not sure quite how the fees charged stack up but for sure Boots got a better deal and the parcel company made a profit. How much Royal Mail received is not known but it must eat into their profit not doing the full job. Jaq says back home the likes of Fedex or UPS would not be touching United States Postal Service mail.
Anyway the missing letters, just paper with writing on, seem years back so lets move out of Braunston and get on with life. We moved halfway to Napton and worked on the boat painting and relaxed. Onto Napton visiting friends then back to Braunston and a bus for a few supplies in Daventry. 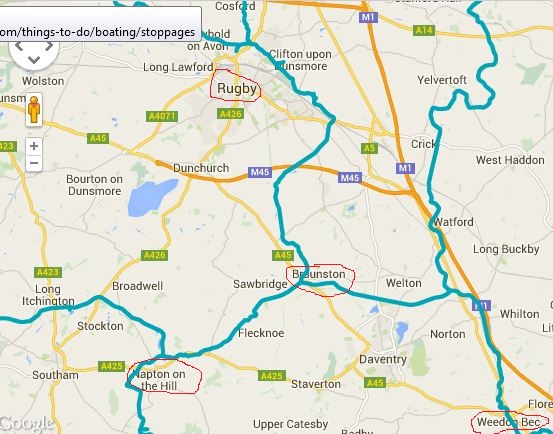 Now a slow journey towards Rugby stopping off to do more work on the boat. Clifton Dunsmore would be home for a while as the nearby Rugby train station is handy for the journey into London and the latest surgery on the 29th. So following the surgery a rest and move into Rugby itself. That was when the tree came down and a couple of days more rest and I managed to follow part of the old Oxford canal route and find the aqueduct or the remains that crossed the Avon river. I`ve started that blog post but it needs finishing. 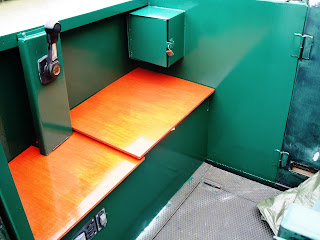 locker lids that after six years were beginning to give up. Now need to construct a storage box /seat. The  Morse control has been moved forward about 4 inches and this will give a bigger seat. For the record the lids are exterior ply with edges sealed by four coats of PVA and three coats of exterior gloss varnish. All this over a coating of wodd preserver the same colour as the woodbox on the roof.
On the way we had a shout from NB Tricia Helen who enjoyed the blog, thanks. While at Onley Tom and Jan on Nb Waiouru stopped for a chat and tea taken on the tow path in the sunshine. Just about the same time Arthur on Nb Dabchick stopped to say hello as he passed.

Now we are back at Napton visiting friends and will in the next few days set off up the Grand Union towards Stockton and onto Warwick and possibly Birmingham.

A lot of coming and going but we now have some cruising time with just  scan and clinic appointments in September that trains from Warwick and thereabouts will used to attend.

Just leaves a few pictures taken in this short distance over a longer time frame. 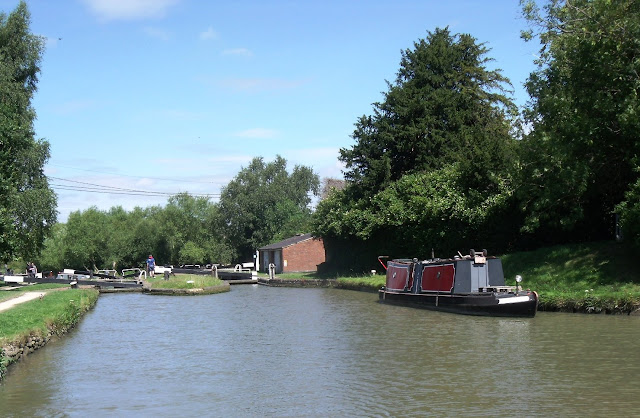 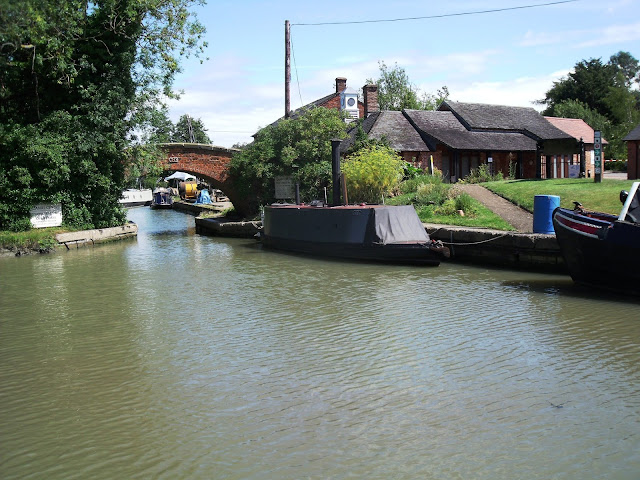 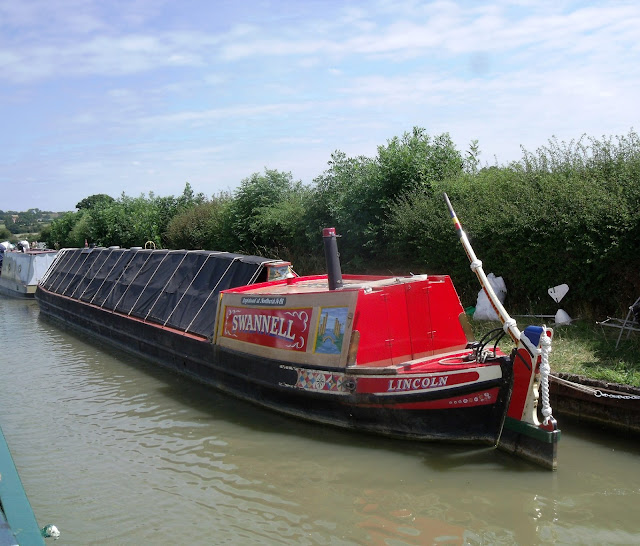 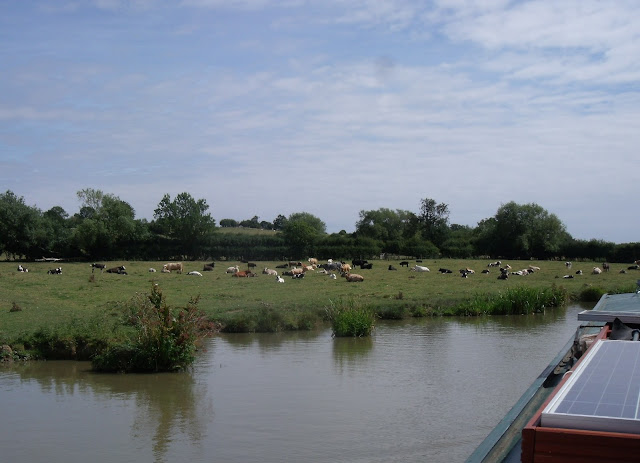 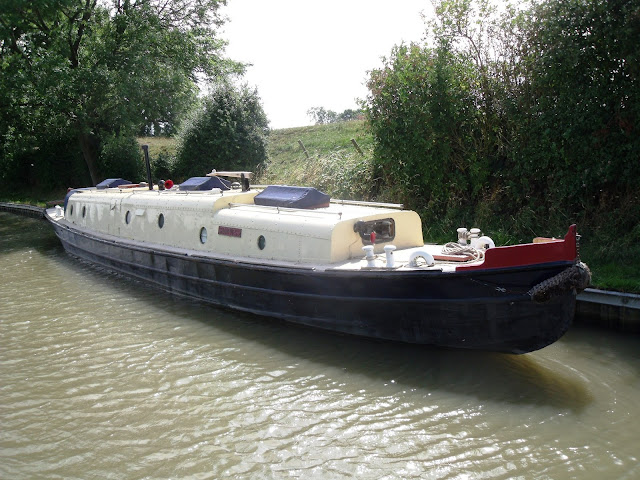 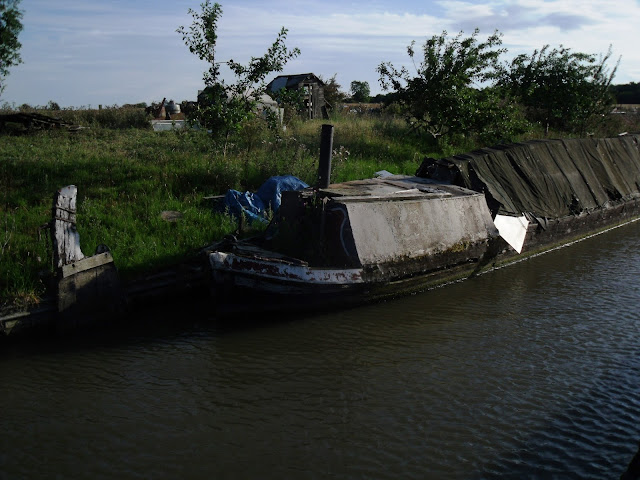 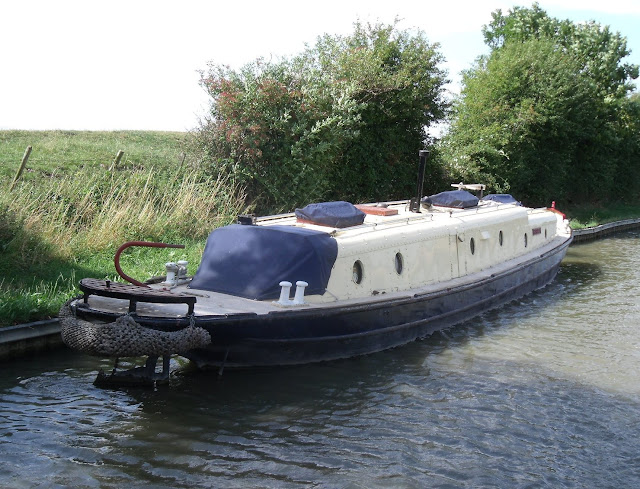 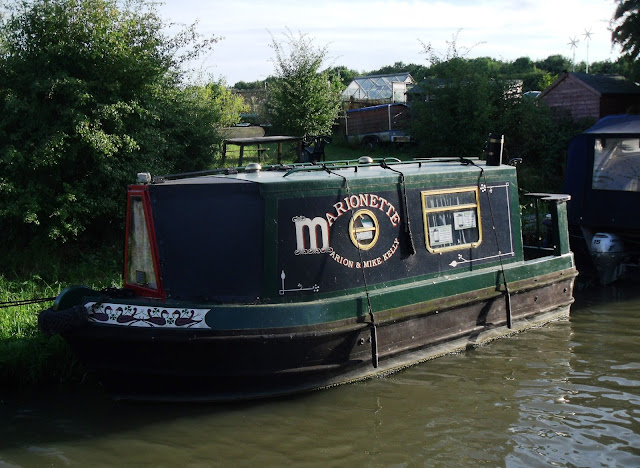 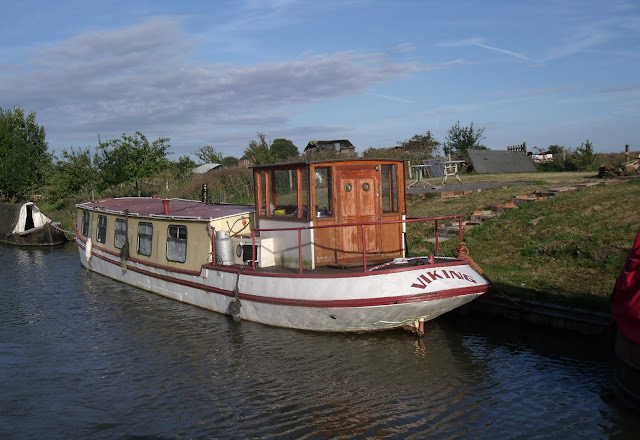 Have a nice weekend everyone hopefully the rain will pass and I can get some more coats of paint on the boat. Took a chance Thursday morning and gave the first coat on the Port side. Rain was forecast for the afternoon but by the time it came the paint had dried.

It was such a lovely surprise seeing you this morning! We are now moored at Braunston and the rain has stopped.
Biggs hugs to you both, M&Dxox

Love the pictures of the boats as I notice how many variations in design and (ah ha) presentation/condition there are. When we were cruisers there didn't seem to be so much variety ... but then maybe having to be rough sea worthy had something to do with that.

Smokey from fires here in Pullman...otherwise both of us are well.