The Swan that met his match 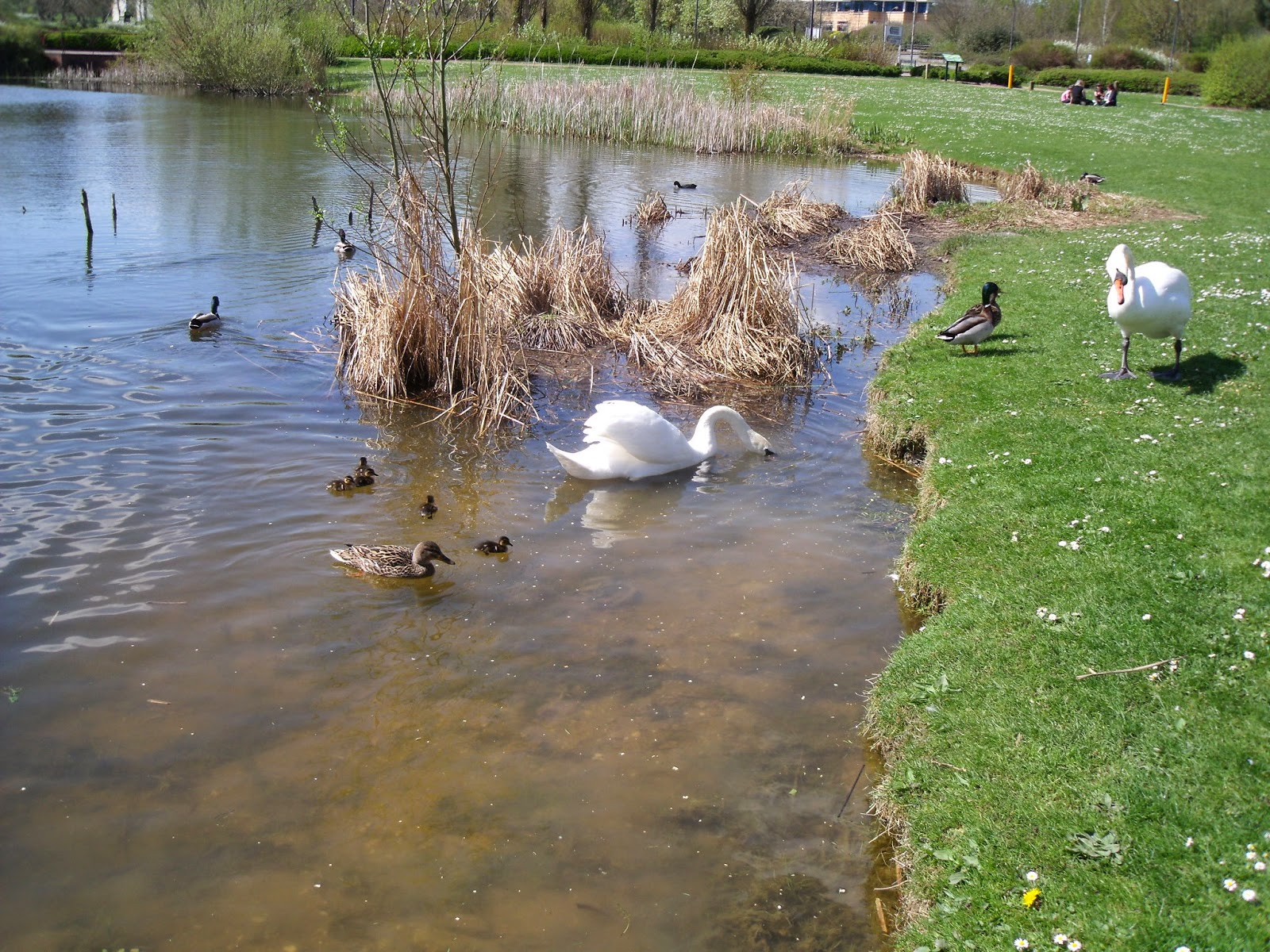 Over a couple of days this pair of swans have occupied the pond canal side at Milton Keynes. The male on the bank has in this time chased off several swans that had come off the canal or heaven forbid landed on the pond. 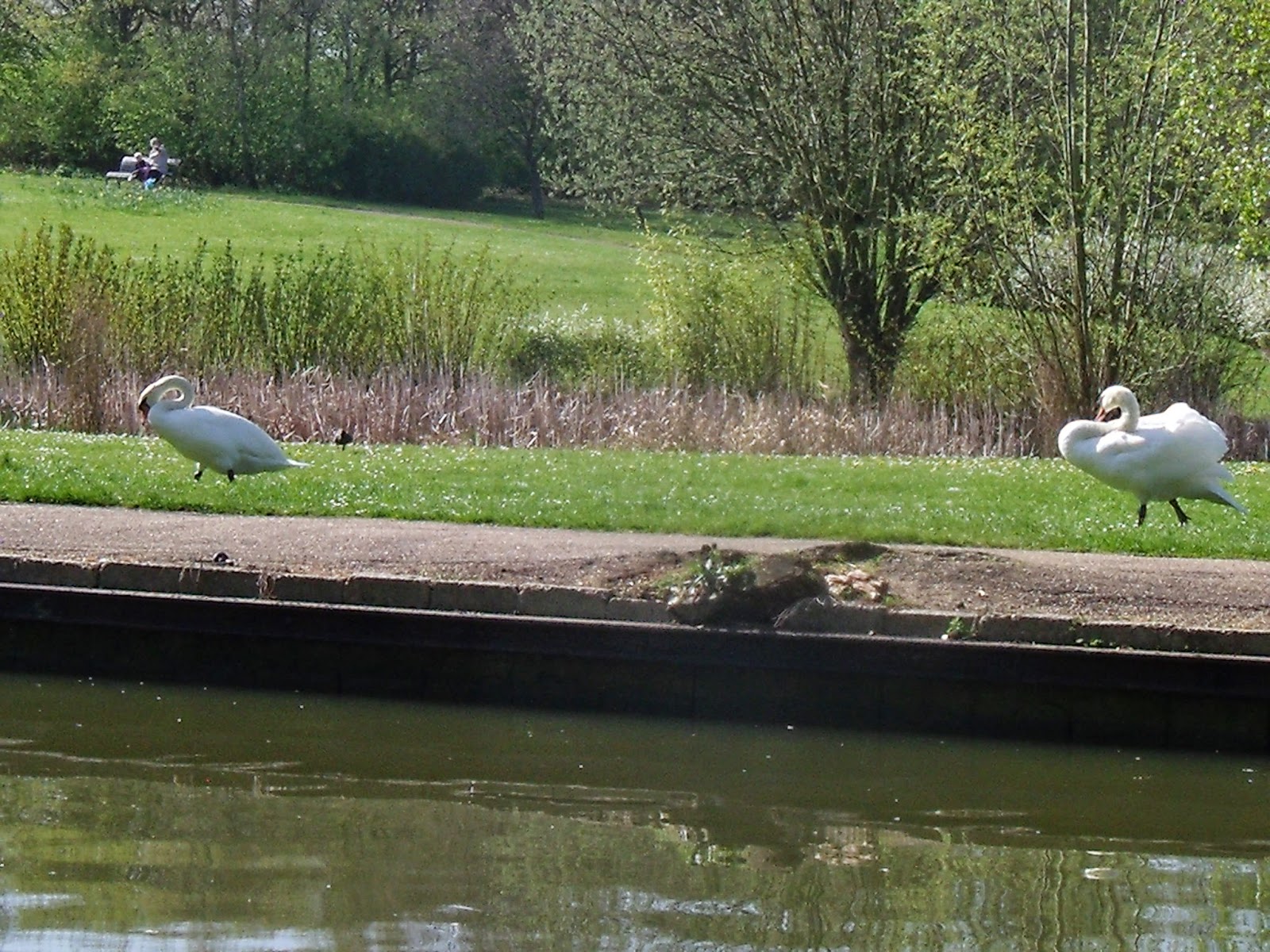 Now he has seen another intruder, or perhaps it`s been the same one all along. How can we humans tell, they all look the same. 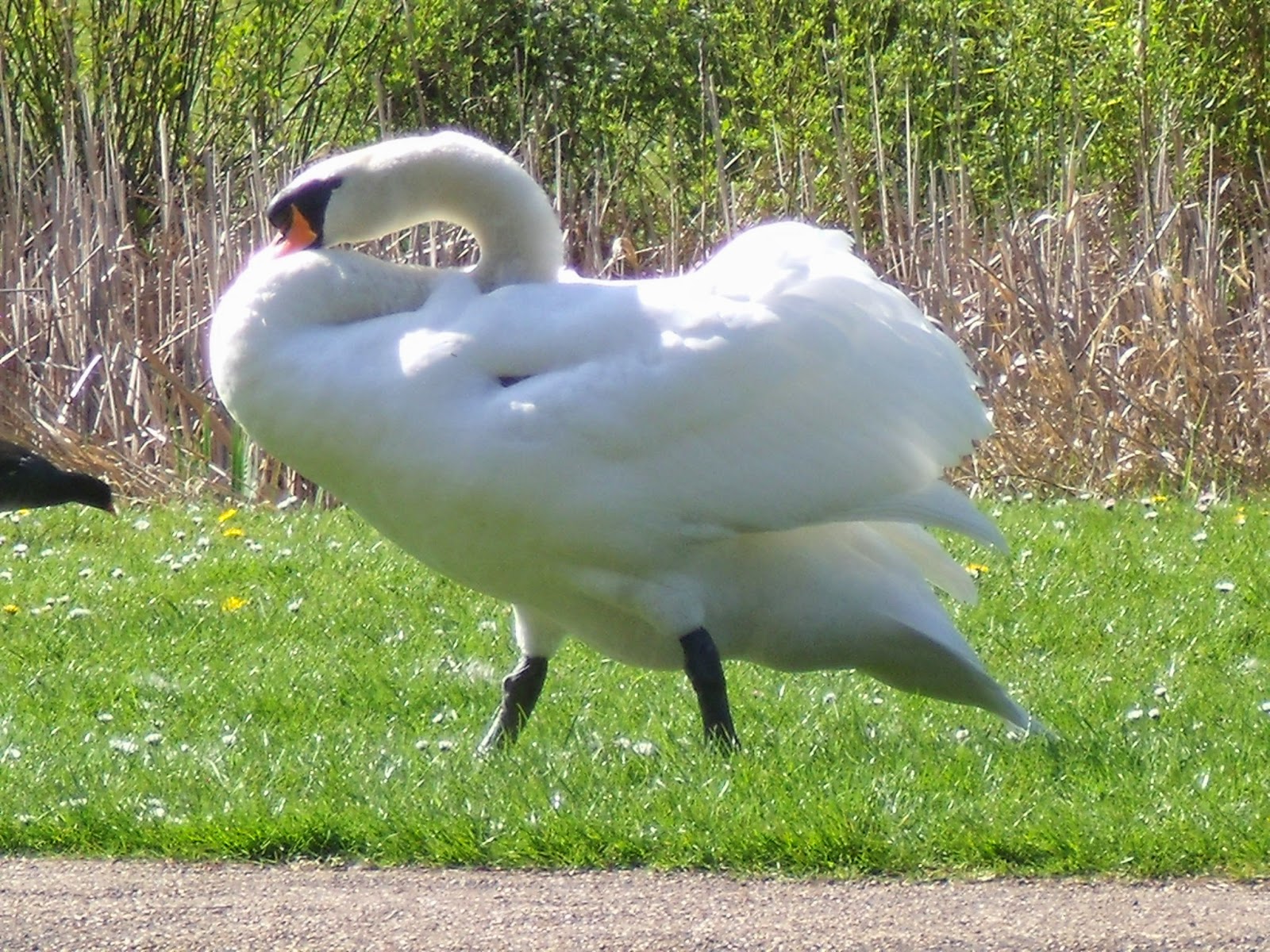 All puffed up and head down in attack mode all I can do is watch. Previous attacks have been quite heavy with the pursuer pecking at the neck of the intruder all during a part flying part walking chase across the water surface. 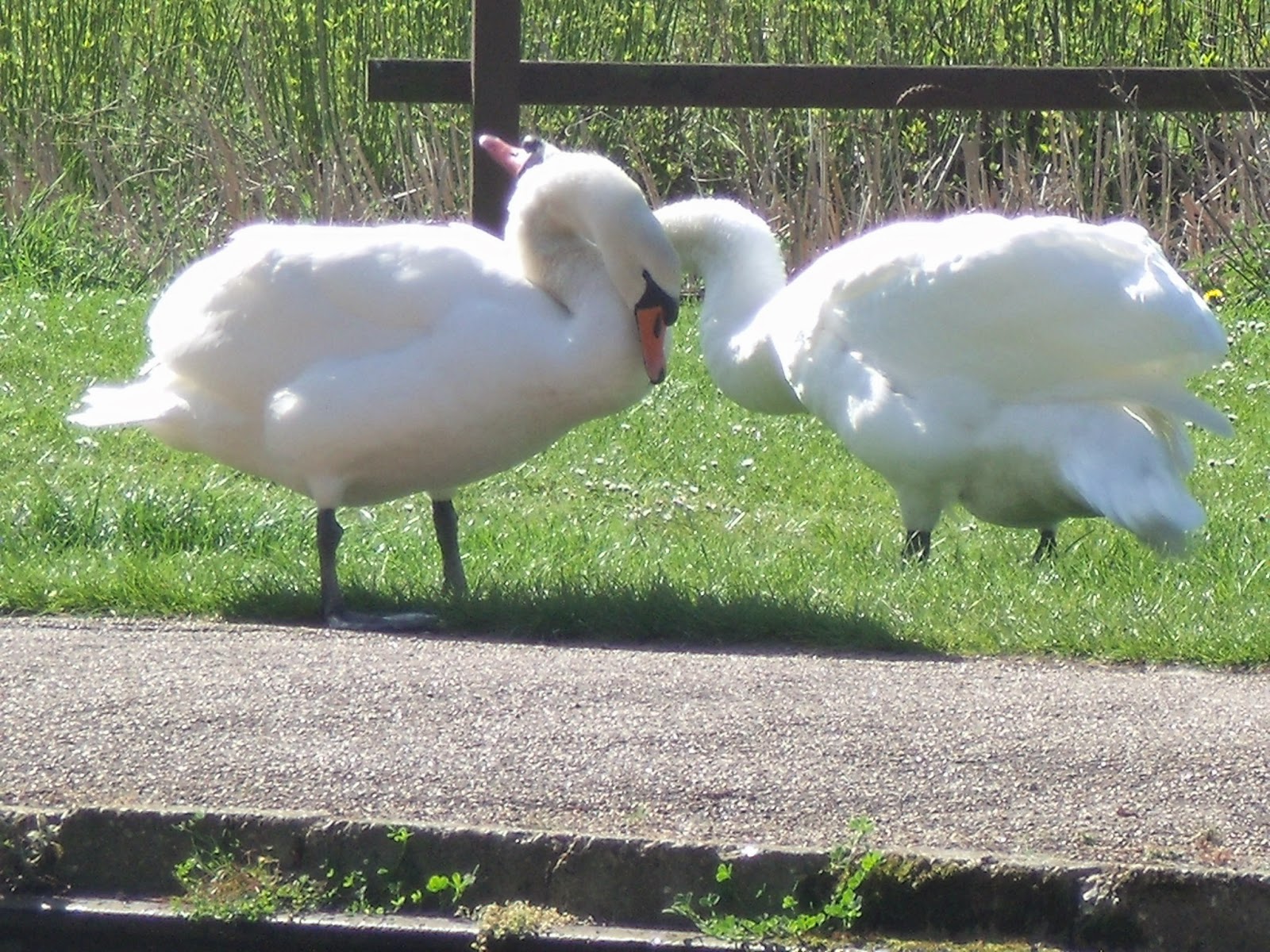 Seems the intruder has stood his ground, turned to face the attacker,  puffed up and assumed the head down pose. Nothing! It seems as though a few threats were made and listened to then rebuffed with a deal being made that the visitor can stay for lunch. 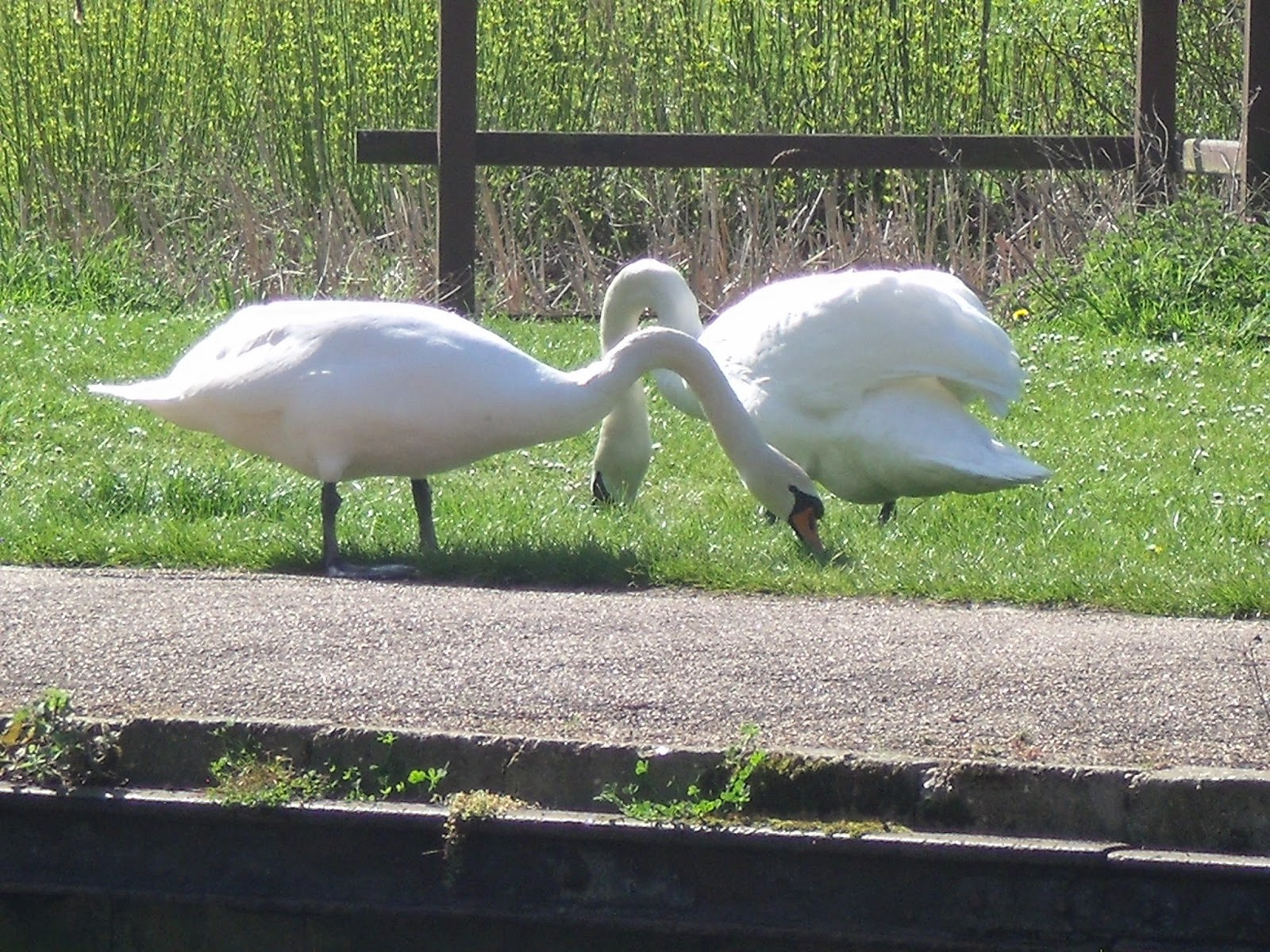 That`s how it finished and eventually the male went back to the pond probably telling his mate it was just a distant cousin. I suppose he could hardly tell her he backed down.
Posted by Les Biggs at Monday, April 27, 2015