The fish and boat horse blog

I think it was back in late October I had to go the the Royal Free hospital for a pre-op check. Having arrived at Euston station I took the bus as far as Camden and had a walk through the tourist attraction of Camden market. The market is situated in the old horse stables that were part of the railway goods yard built by the London North Western Railway (LNWR) in the period 1845-1902. It was in the latter part of this period that  the Interchange building was opened. It spanned the canal basin and enabled goods to be taken from boat to train and vice versa through trap doors in the floor. 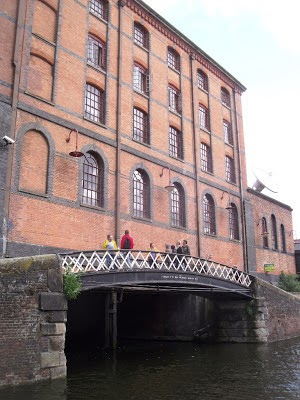 Tunnels were built so that horses and goods could be taken under the railway tracks from one yard to another. In it`s heyday 600 horses worked on this site. Although mostly railway horses there were a lot of boat horses stabled here and when needed would be treated in the horse hospital building that had stabling on two floors for in excess of 150 horses.
The site was chosen because the canal was here in 1820 and gave access to the London docks. Goods could be loaded onto horse drawn carts and delivered to an ever expanding capital.
On the left is the Interchange building that spans the canal basin.
There are plans afoot to bring the basin beneath the Interchange building back into public use. 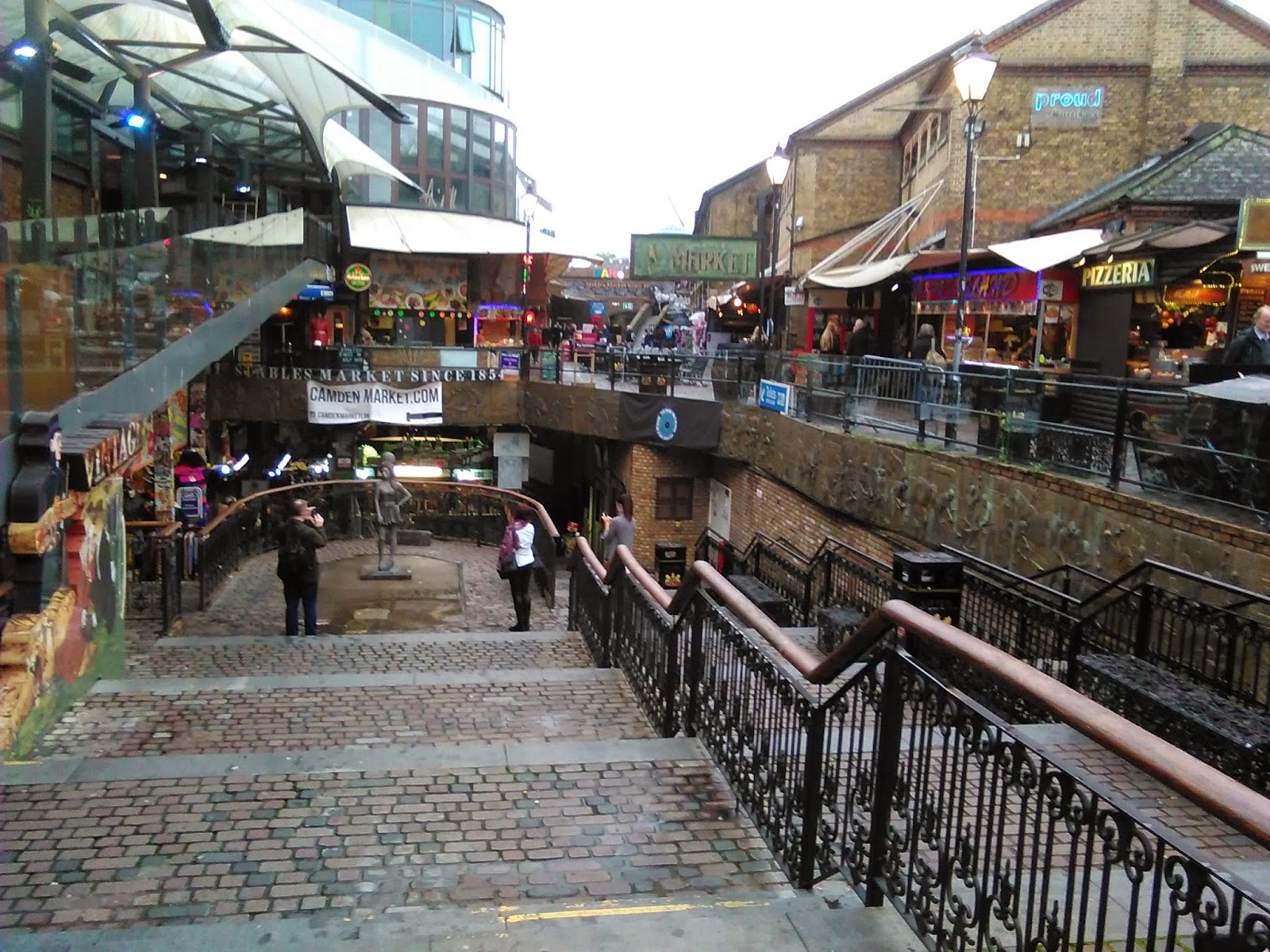 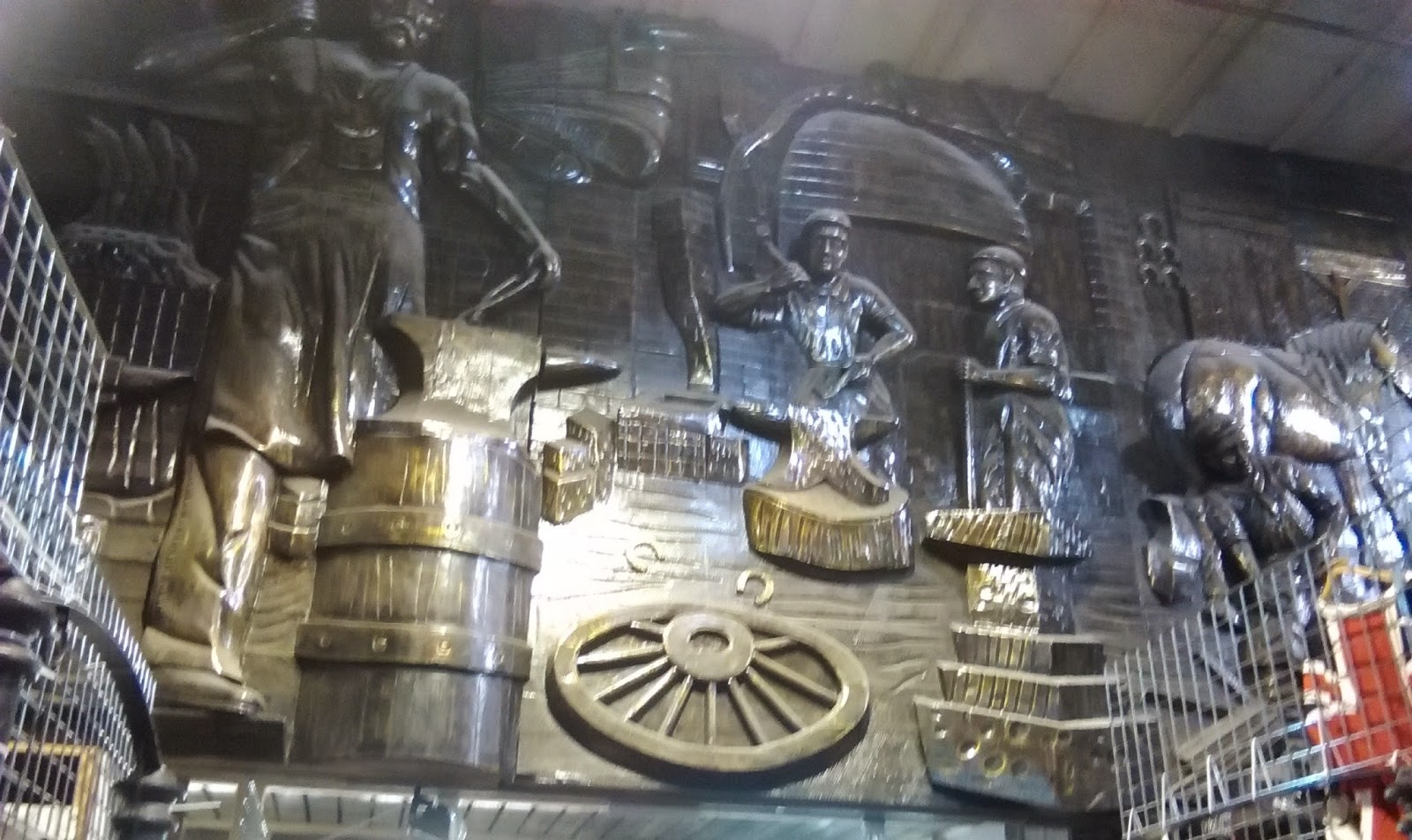 Everywhere you walk in the market are reminders of it`s past. 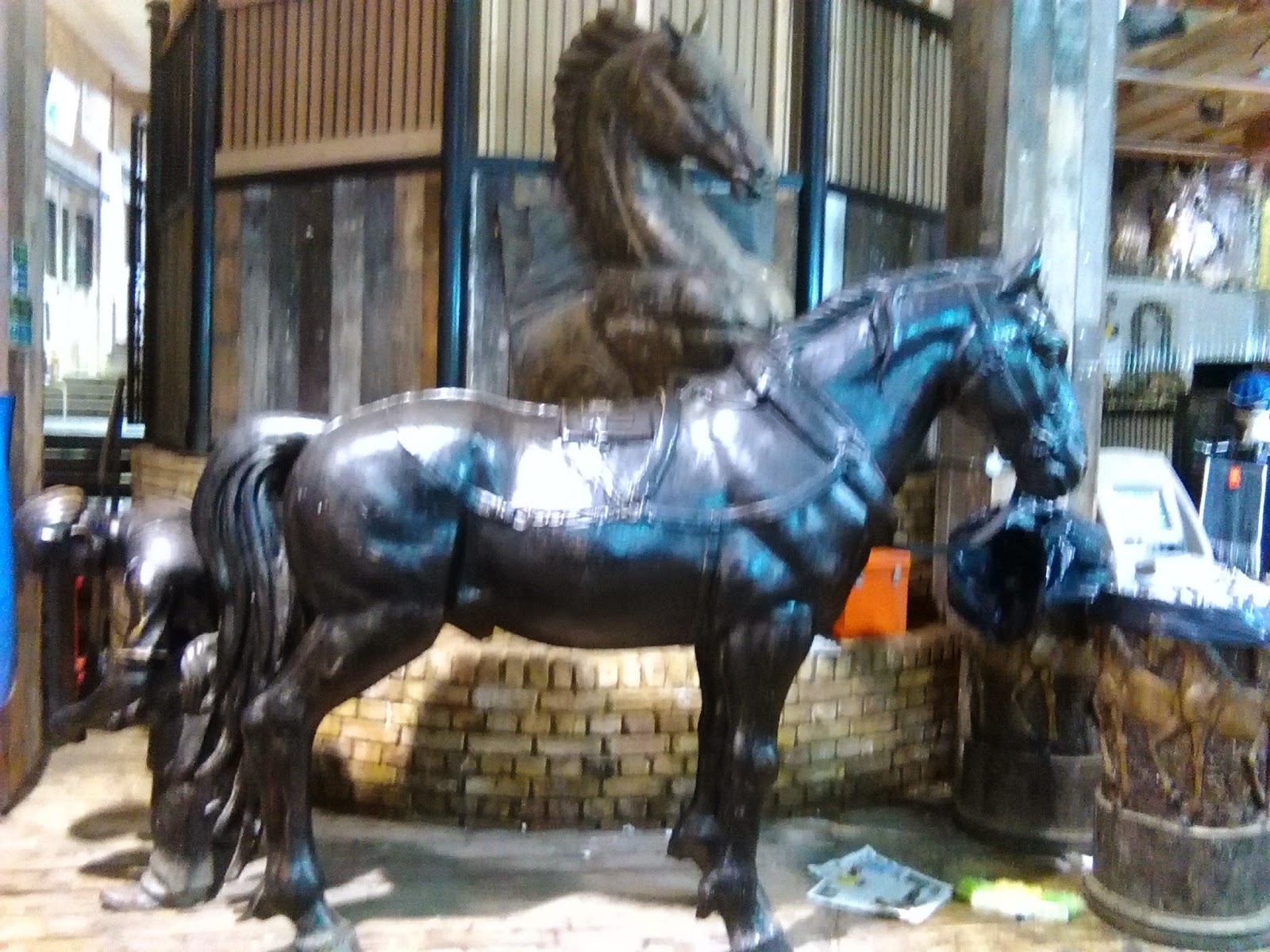 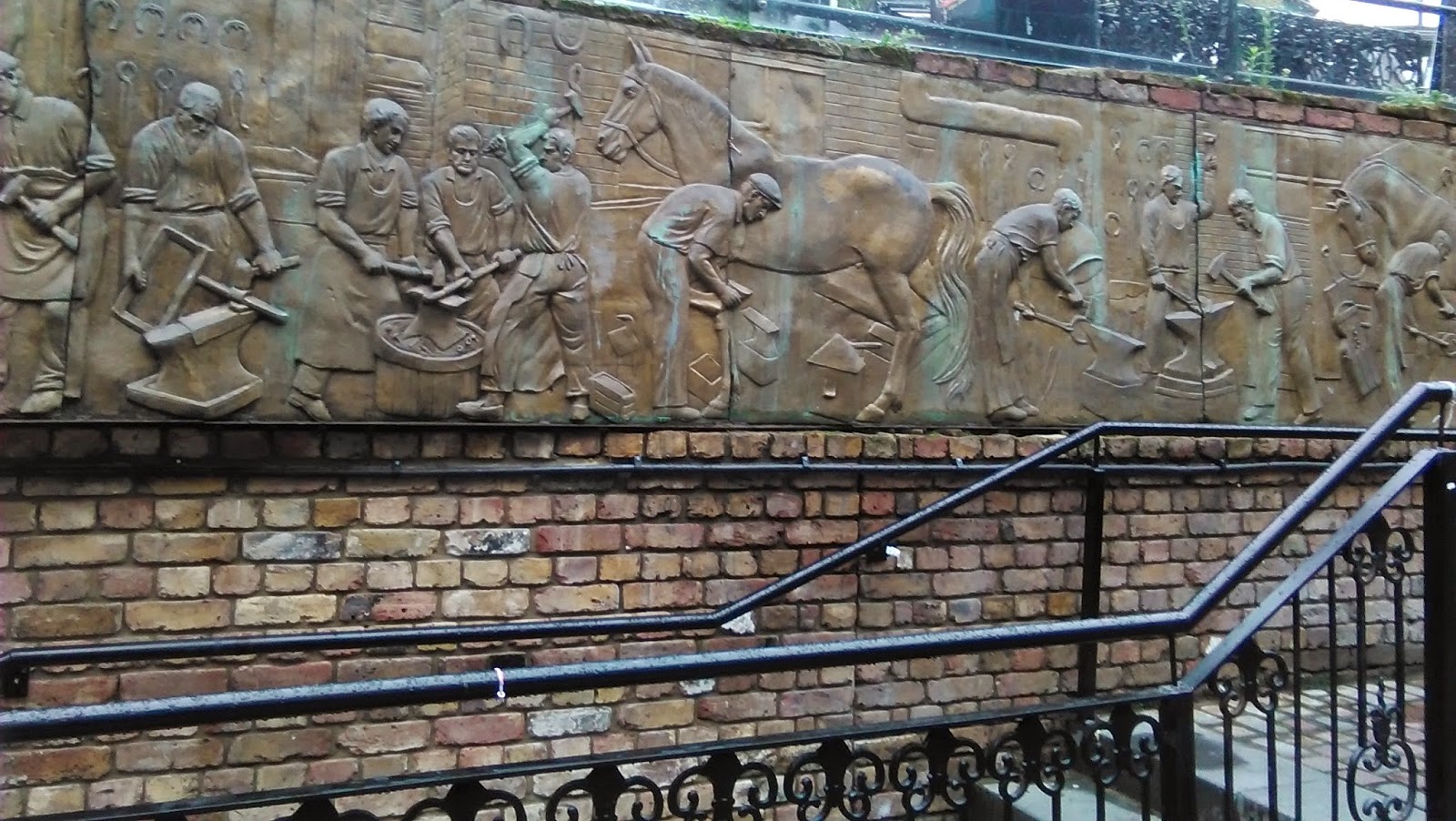 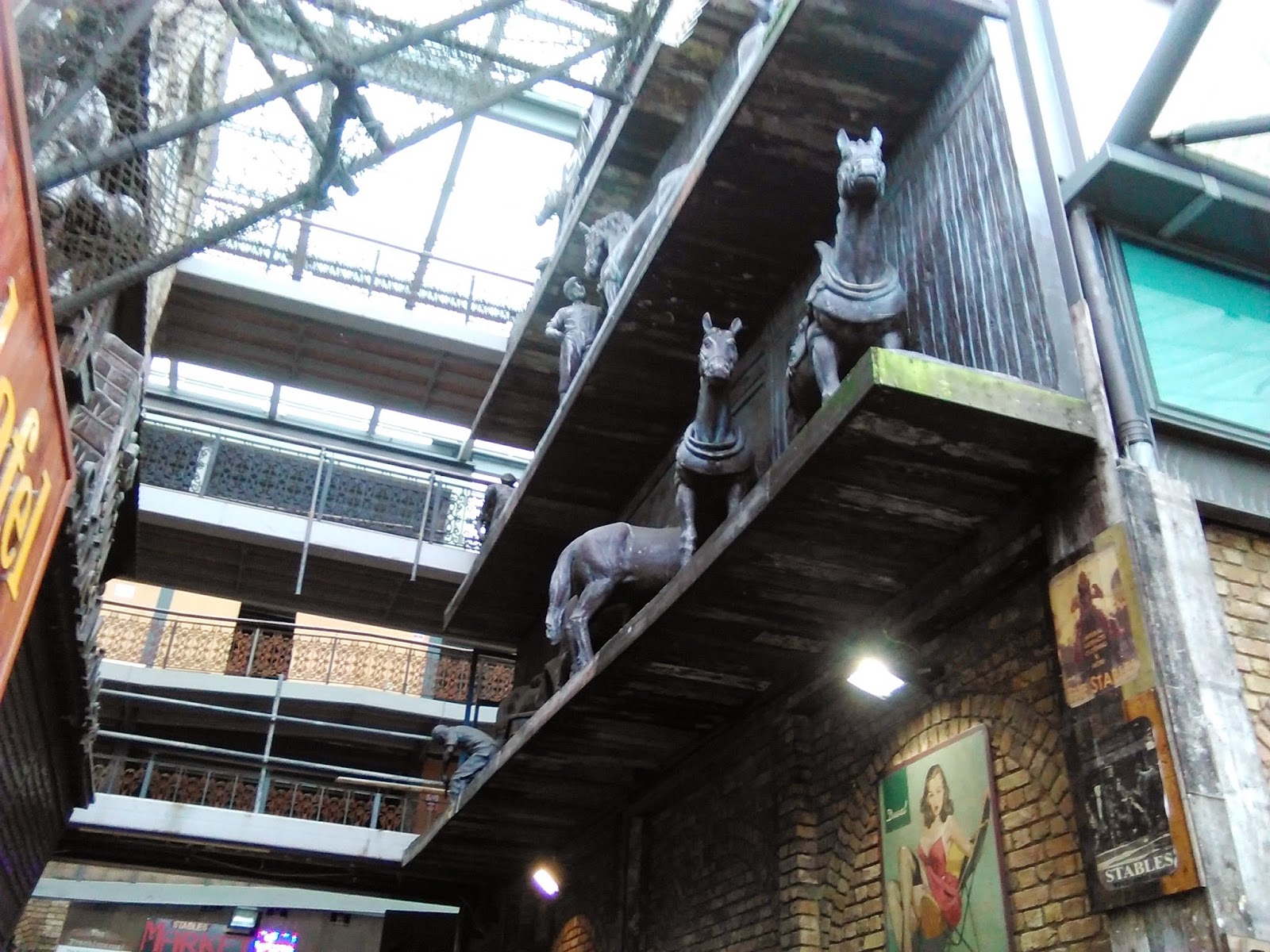 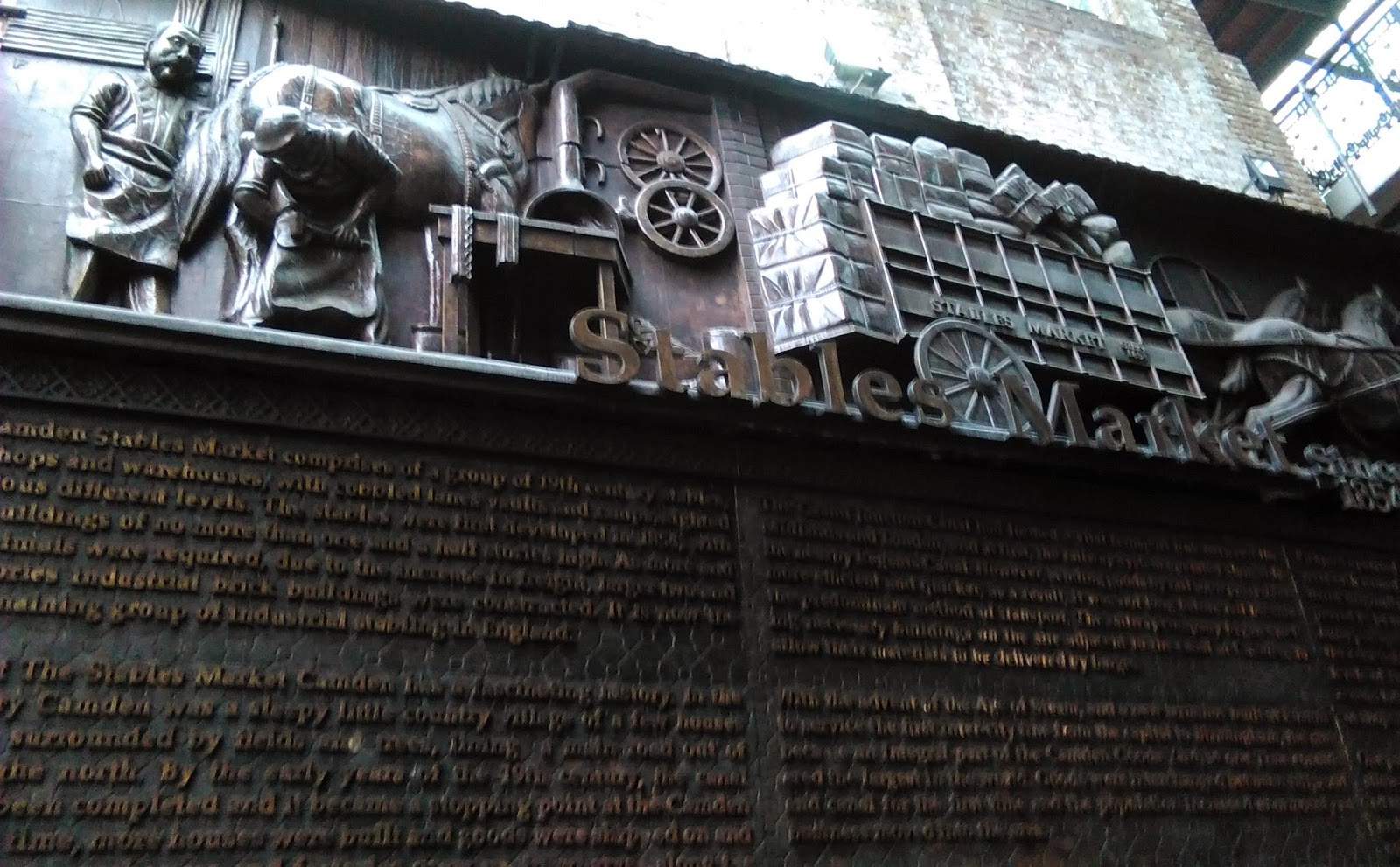 A big site that has become one of the tourists must visit sites although I doubt most of them have little idea of just what went on here.
If you walk outside the market and stand looking at the hustle and bustle going on around it is hard to imagine that when the canal came through here it was just fields. It was a coaching route from London and highway men were common. Now if you ask me the highwaymen have become stall holders each selling mostly the same cheap rubbish as each other.

The blog title mentions fish so to save being sued under the boaters blog description act we will finish off with.... 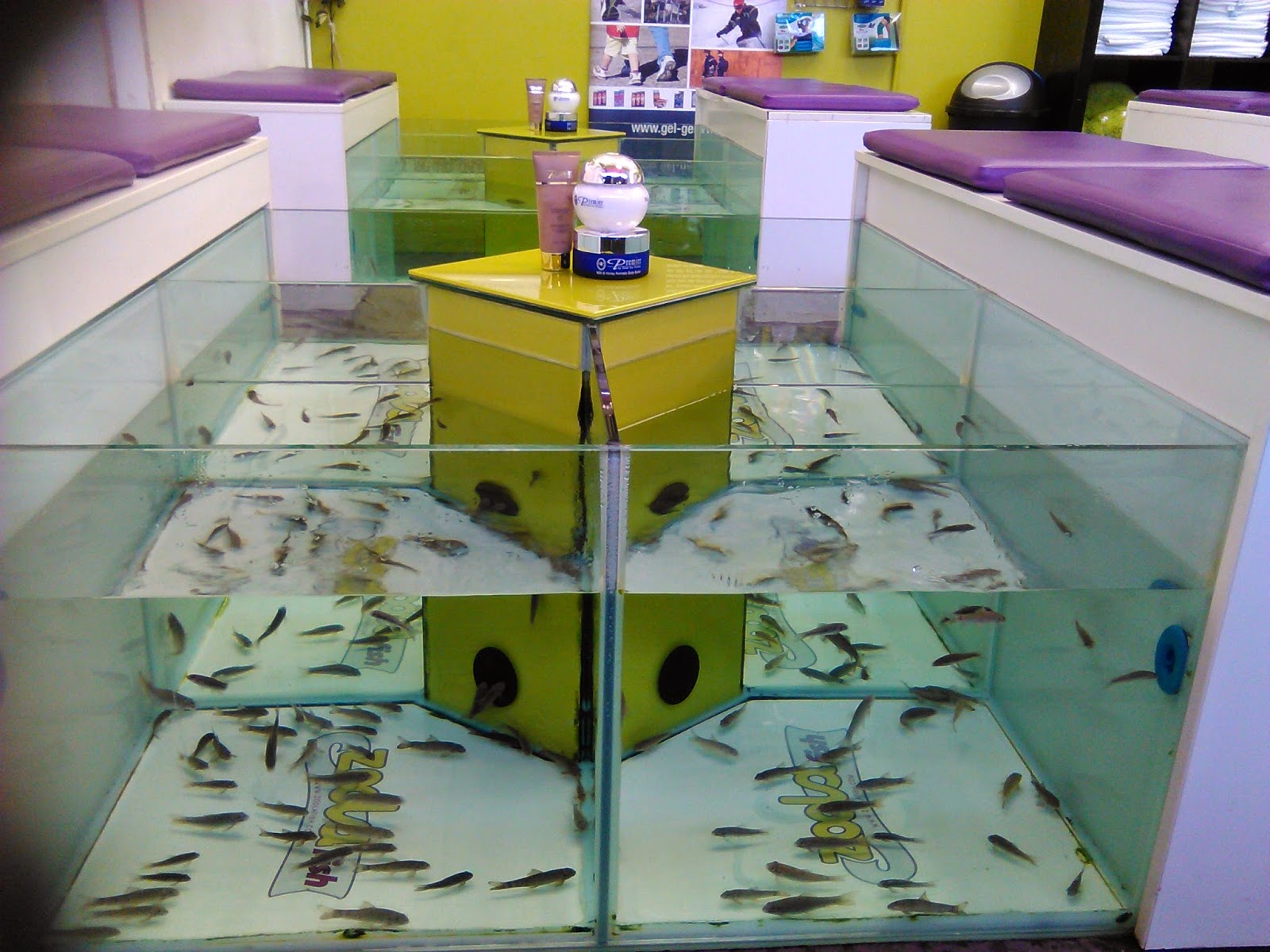 some fish therapy. Available in the market you can have a foot pedigree. For £10 ($15) you can sit for 15 minutes and let the Gara Ruffa fish nibble away your dead skin.
Just how hygienic  can this be, even with filters would you like to dip where others have dipped before you.
Pumice Stones or a Dr. Scholl foot file were in the past I`m sure the choice of folk to do what these fish do.
At least the stall was exclusive whilst the others sold the same goods as each other. The site is still worth a look around from a boaters point of view but just keep your money in your pocket there are better places to spend a bob or two.

See www.crht1837.org/history/camdengoodsdepot. Looks as if they map you show is a little later eg 1845

Hi Mike
Always glad when a mistake is spotted as a lot of these maps are similar.
having checked your link the year 1845 is not mentioned other than a collision of two trains. However looking closer it seems I have in fact attached the wrong date to the map.
It should be the reconstruction of 1854-6.
Thanks for the comment it`s always nice that readers take an interest.

I am interested in a foot pedigree, please, Mr Biggs. How do I go about getting my foot assessed for its pedigree? I am unclear about the hygiene requirement for a foot pedigree - can you elucidate, please? Mxox

Marilyn behave I have not been well and sometimes the brain is not in sync with the fingers as they dance across the keyboard.
See you soon Kiwi.
Les xx

Just to put you off, the Interchange Basin is known to boaters as Dead Dog Tunnel