Life in the Fast Lane

All righty then! The staff at The Royal Free Hospital are totally on top of things. When we met with Professor D and his assistant on October 7th, we were told that Les needed to come in the following week for a pre-op appointment after which surgery would be scheduled sometime between then and November 2nd.
Les was called by phone last week and an appointment was booked for pre-op and fitness assessment on Tuesday the 14th of October--yesterday. Off he went on the train down to London. My phone rang an hour and half after Les' scheduled appointment time. It was Dear Sir whose quavery voice informed me that he passed his pre-op and fitness exam with flying colors and his surgery was scheduled for Monday October 20th. That is next Monday!!! 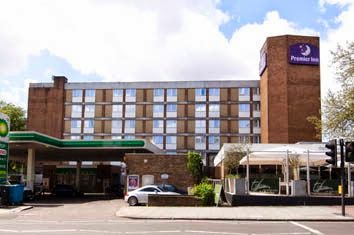 Since we live on a boat and have to travel from so far away to get down to London, Les was told the RFH would book us a room at the nearby Premier Inn for Sunday the 19th, and someone would follow up with the details. Sure enough my phone rang this afternoon about 1 p.m. and the staff person on the line said the room had been booked and she gave us a reservation number. Job done!!
The difference between this experience and our previous horror show mis-adventure last year at Watford General Hospital is like the difference between margarine and butter. This folks is the real deal--quick and efficient service such as one could get in the States which places the needs of the patient front and center, which begs the question: if the Royal Free Hospital--which is a part of the NHS--can operate with 21st century efficiency (not one single letter has been mailed; all appointments had been made over the phone or in person--imagine!!!) why can't the rest of the bloody surgeons, doctors, nurses, clinics, tests, hospitals, etc. etc. etc. which are also a part of the NHS bring their daily operations into the 21st century and begin functioning efficiently as well? It seems the true answer is "because we don't want to; we don't like change."
While Les was in London I was at home trying not to stew and keeping busy. I washed two loads of clothes, changed the bed linens, defrosted the freezer, cleaned out the cupboards, brought out winter clothes and put away summer duds, prepped an online Tesco order for delivery tomorrow, graded student coursework and answered emails.

I also took some time to enjoy nature. Slapton is a lovely quiet place at this time of year. Ours was the only boat moored below the lock. I saw a blond Mink swimming, and three Cormorants fishing together; two adults and a juvenile. 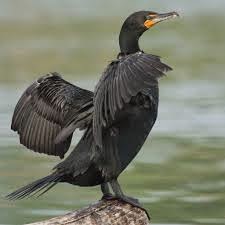 Les arrived back home last night in a total tizzy. He's nervous and edgy about this next operation and who could blame him given the debacle that occurred last time? My tizzy concerns being a mountain woman traveling alone in and out of London. We made a dry run of it last week to meet the surgeon. I will purchase a weekly rail pass and my Oyster bus pass is topped up. I'm sure I'll figure it all out and be just fine. It's just a huge jump for someone who was born in the Alaskan Territories and grew up pretty much in the sticks. I'm trying to view it as Jaq's big adventure.
We have a list of things that need doing before Sunday so we are people on a mission--which is great because it leaves little time for ruminating on the future.
Each day has its specific goals which will see us preparing the boat and stove for winter, registering as a temporary patient at Rothschild Surgery in Tring, making a trip to Watford to pick up some packages and mail from our daughter-in-law, getting a Tesco delivery-check, filling up with diesel and coal-check, and moving the boat each day until we reach Berko where we will moor while Les is in hospital. From there the rail station is a five  minute walk with service pretty much all day and night.  It takes about 40 minutes from there to Euston Station and a quick 20 minute trip by bus to hospital.
The day before Les is released from hospital I will move the boat up to to where we were last year this time, so he comes home to some place quiet, dark, and peaceful where he will begin recovery and we will have easy access to visiting nurses, Tesco deliveries, water and rubbish.
In our new food habits, we have made the acquaintance of Quorn vegetarian meat fee products made from mycoprotein. The chicken flavored products are delicious and we are working them into our menu which includes lots of veg, fresh homemade bread and yogurt and a raft of supplements.  I'm adjusting old favorite recipes to meet our new dietary habits which is challenging and fun. As they say over here, "A dog is not just for Christmas--it's for life." Just so with our new eating habits.
Posted by Mrs. Jaqueline Biggs at Wednesday, October 15, 2014

So so good to hear that this experience with the hospital and doctors is so different. It's about time you got the service you, and everyone, deserves. Jaq ... your ...your what? spirit, energy, soul are soooo amazing. You turn everything you possibly can into a wonderful learning and teaching experience ... thank you and good speed.

Good Luck, Look forward to seeing you at CR.
Quorn products good, but to get best results (ie. Some flavour in the meal, it's best to cook it and eat after a thorough re-heat.

Hope all goes well, Prem hotels brill, I use them a lot.

Hope we can help - now about that cake.

You realize of course that with my black sense of humour I immediately thought there were plenty of available staff and resources at The Royal Free Hospital because they had cancelled all the surgery for important patients in anticipation of their first ebola case. Still, as long as Les doesn't breath, touch or eat anything whilst in the hospital he should be fine :-)

On a more serious note...... Best wishes for everything going to plan!

Yikes! that's quick but good!! We are headed to Mexico Friday AM and will be gone for 11 days. Hopefully we will have good Internet connection in Puerto Vallarta. Sent you a birthday package today guaranteed delivery no later than the 21st (just so you are aware). Don't know how well it will fit with your new diet strategy, but you did ask . . .

I'm glad you have a busy agenda - that will keep your minds occupied. No reason to expect anything but organization and success cuz' you got all the shyte out of the way last time!!

We'll be thinking of you and sending love and healthy vibes every day.

Hi darlings, So good to read that things are moving at the speed of light this time. And isn't it great that the two of you are in such good shape going into this operation that you can think, plan, do with such energy and precision. As they say in NZ: sweet as!
Any luck on spotting wood for the winter yet? If you don't find any, will you have ready access to coal while Les's recovery is underway? I have no doubt that squillions of your blog readers and fellow boaters will be gathering and sawing wood as we speak, ready to offload it on to nbVal when they get to you.
Love and biggs health-giving hugs to you both, you know we will be thinking of you constantly and with constancy, M&D xox

Great news! Just make sure you take care of yourself, Jaq - Les will be in the best of hands. Need not say it but will -if you need anything - shout out! Lots of us about to give a hand when you need it.
All our love and best wishes

Hello to you both, It's Saturday morning here in a Sunny South Africa, although a little cool. I have away followed your writings with much interest It is good to hear something positive about the NHS. My Very Best Wishes to you both over the next few days, I sure your strengths and positive attitude's with your Love for life, and each other will see you come out of this long dark tunnel. stay strong and safe. Tony

Great news - as I write this you'll probably be heading for London. Thinking of you both.

Sorry, but I can't help smiling at Jaq's "bloody surgeons" quote... You'd have hoped they'd have scrubbed all the red stuff off!