The Watford flight of 7 locks opened in 1814 and is on the Leicester arm of the Grand Union canal. It rises, or lowers, the canal 53 feet through 7 locks. These consist from the bottom of 2 single locks followed by a staircase of 4 finishing with a single lock.

It is said a past lockeeper many years back painted the extra ground paddles Red with the standard paddles left White. The Red paddles are linked to side ponds so water can be taken from or given to the lock in use and not lost down the flight to the lower canal.

So important is it to operate the paddles correctly a little verse will help you;
"Red afore white and you'll be alright, white afore red and you'll wish you were dead!"

The locks are in the control of a lockeeper and you must register your boat with him and not just operate the locks on your own. The staircase 4 is not the place to meet another boat coming in the opposite direction.
During winter a few years back I remember operating the locks with friends Andy and Tina as a notice declared the locks un-supervised and to check no boats were using the flight before you moved off. 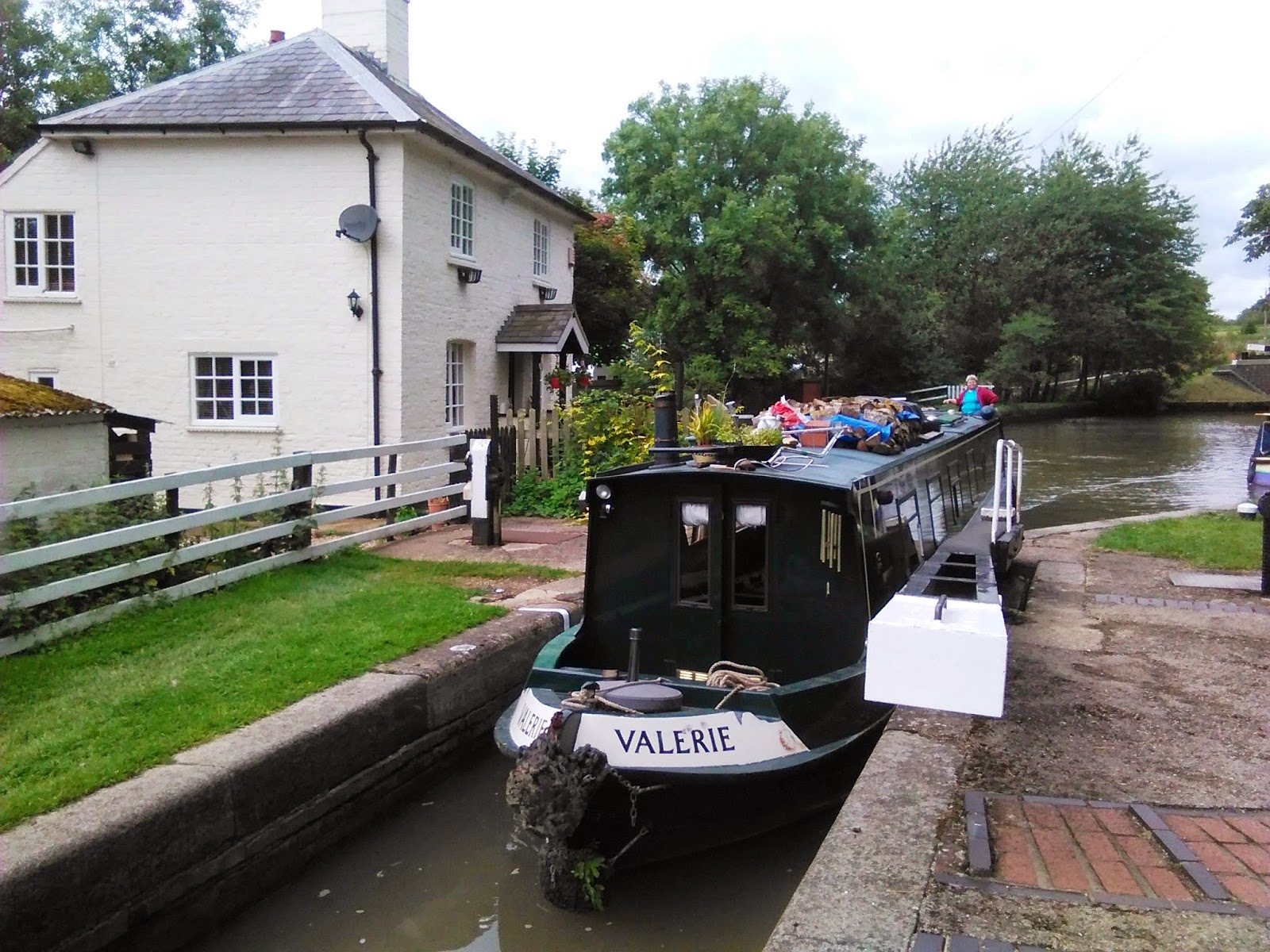 Jaq enters the last lock and so far it has taken 50 miutes to complete the flight. The boat just about visible on the right has been waiting an hour to start going up so our timing was purely by luck just right as we started the flight as soon as we arrived.


A piece of old 1950`s film HERE of commercial carrying. Just found it while doing this post. It is 39 minutes long so a link is best if you have limited internet.

Hi both
Looks like we've missed you again, you must have gone through Crick at the weekend while we were in the marina. Another time, eh.

Hi G and M
Shame but that`s boating. Sitting here I can think of others I have not seen for 3 years.
Never mind perhaps another day.
Les