We left Braunston and made our way up the locks and through the tunnel as we needed to pass down the Buckby flight of locks before they close. The maintenance stoppage was due to start on the 7th for 3 weeks.

This is the old toll house at Norton Junction where the Leicester branch of the grand Union leaves the main line at the top of the Buckby flight. At the moment it is having an extension built at the rear which perhaps has something to do with the `Toll house boat sales` notice displayed on the front lawn. 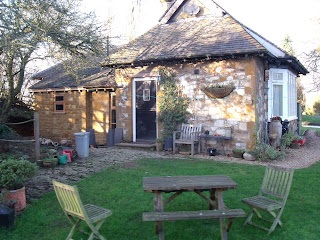 Back in 1950 the Salvation Army purchased an old butty and having fitted an engine they cruised the canals helping the working boatmen and eventually had a mooring at Hawkesbury junction.  They also took over the toll house and it was eventually the retirement home of the Fieldings who had manned the boat.
The bridge behind the building was once a swing bridge it can just be seen in the picture below. 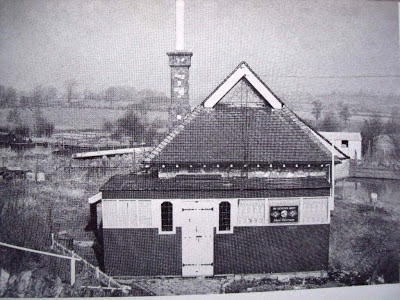 The toll house as it was circa 1970. Sally army Brigadier Fielding is believed to have died here in the 1990`s. Some information here.


Nev Wells is selling `Waterlilly` as he is now the proud owner of Percy. Link for the boat sale is below.
http://narrowboats.apolloduck.co.uk/feature.phtml?id=284510


Fellow blogger Ross aka Bert the Gnome came to visit today. Sorry Ross forgot to take a pic. Anyway Ross has sold his house and is now looking at boats with the intention of being a live aboard.

One Thing After Another said...

Great blog guys and loving the fans from the post the other day! They look really space agey too!!

I think the lights in them are a bonus - added lights for some "Accent lighting" . Haha.

Hope you are both well, following with interest. I have to say your boat looks familiar too!

All the best
Lewis

Thanks for the plug for the boat sale. Tony Heathcote has the old Toll house and he runs Tollhouse boat sales, who did the brokerage for Percy. He runs the brokerage from the old horse drawn caravan in the garden.... some office !

Thank you so much for a great day yesterday. Thoroughly enjoyed it. The advice and tips are lodged in my head too.

Hi Lewis
thanks for the comment. Yes they do look nice but most important, they work.

Hi Nev
Perhaps the extension will replace the caravan. BBC had a programme recently and the caravans were used by Shepherds in days gone by.

Hi Ross
You are welcome to stop for a cuppa if you happen by. Remember if you can`t see in the boat we might still be asleep. LOL