Lifting the bridge to Marbury 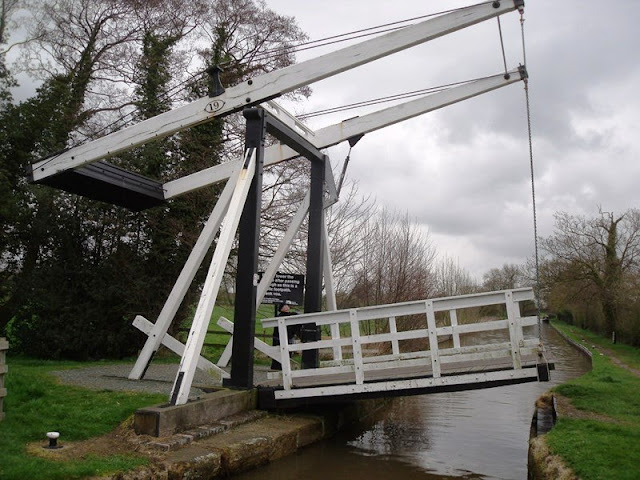 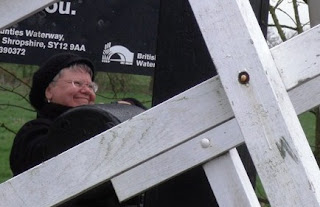 This is Wrenbury Church lift bridge and the first one Jaq has raised since her life on the canals began. I kind of hoped she would enjoy the experience as there are a few more before we reach Llangollen and the same on the return journey.
All is well as I zoom in on her lovely face, the camera tells all, look at that grin. That my friends is the face of a happy woman. The next bridge just a short distance further carries a road across the canal and is electrically operated. Jaq has already conquered this type down south. 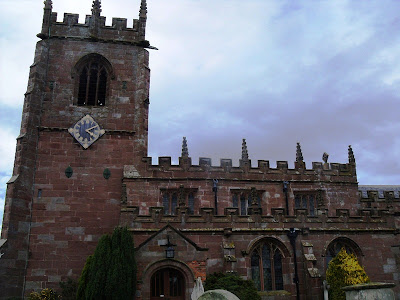 This is the parish church of St. Michael and All Angels at Marbury village and can be accessed via the lane from Marbury lock. The church is mentioned back in 1292 but at this time had no tower.                The tower was added in the 1500`s and if you think the tower looks odd in the picture it`s because it is 25" out of vertical. Back in the late 1990`s bore holes were made around the church to a depth of  between 30 and 80 feet. It was found the church sat on mainly sand of different types some being loose and compressible resulting in the subsidence below the church. 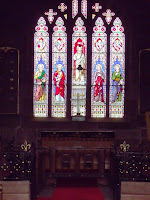 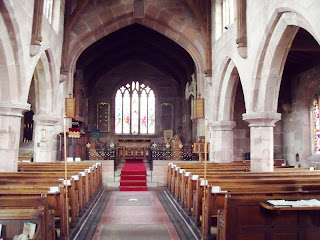 For those in the U.S.
we are able to take pictures inside these village churches as they are quite often left open and un-supervised. Recently lead to the value of £10.000 ($15.000) was removed from the
roof during the night. This theft could result in higher security and churches being locked at times that services are not taking place. This would be a great shame for those of us who like to sit and wonder at the craftsmanship that went into the creation of these buildings.
. 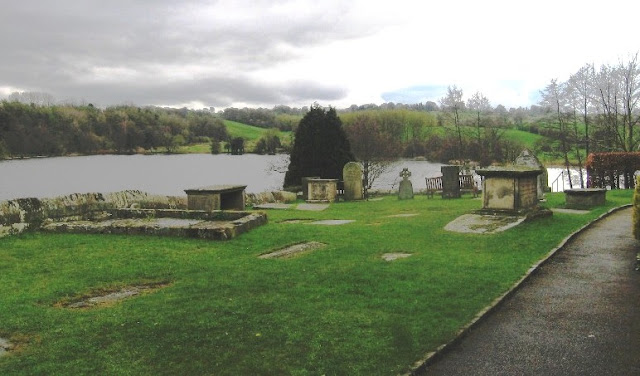 At the rear the church looks down across one of many Meres in this area that were formed 10-15,000 years ago at the end of the ice age. The field that leads down to the Mere from the church is in mid May to be the site of the Marbury Merry Days. Having attended the event some 3yrs ago I can tell you it is quite a fantastic show.Link to my post at the time is HERE.

Isn't Marbury lovely - we were there about 10 days ago.
Andy

It is truly a Britsh gem. We certainly have beuty in the States but nothing similar to Marbury's beauty.
Les says we will keep an eye out for you and Belle if we are in the same general area.
Jaq

That could also be a grimace of pain of Jaq's face!

Les, can you give us a heads up when you post on the blog, like Jaq does? I usually miss yours until I'm there reading one of Jaq's. Not a big deal, but it would help :)

Sally
that is the face of a happy woman in love.
Jaq will help me sort the notification for our US readers, i will maybe use her mail list.
LesXX

Thank you Les (and Jaq) I just got notified of your latest.