Out of sight-out of mind. or A watery grave

It was March 2010 when I first read about sunken boats at Harefield and only now 20months later have I managed to stop, Jaq had called a lunch break, to have a look.

The link to a post on Canal Forum is some 11 pages but is well worth a read if like me history of the canals is your forte.

The water level is down and some of the boats are showing. If I had spent more time searching the whole area I would for sure have found more but you do not let Jaq`s lovely lunches go cold.

It seems the boats were floated in via what is now Harefield marina through a man made gap into the old Quarry. The gap was then filled in and the large number of boats have remained there since the early 1960`s. This page on the forum gives an idea of how many boats are there, SCROLL down to the aerial picture that has the overlay as I can`t get a direct link to the piece. 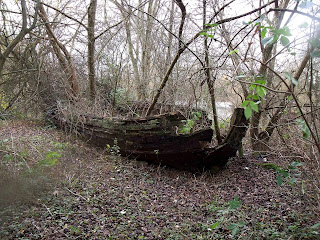 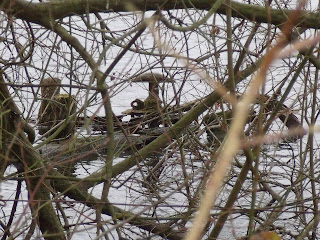 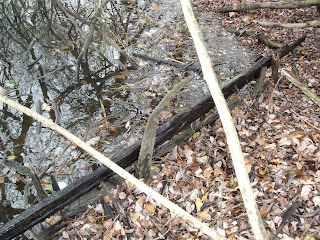 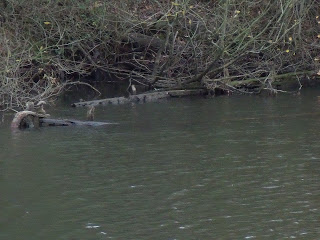 So maybe this is the answer to un-licenced boats, into one of the many old flooded quarries  for say 1 month then sunk if no licence is obtained.
This post reminds me of the old work boats dumped half way down the Marsworth flight. Give me a shout if you want details as I can`t find the post i did at the time.﻿
Posted by Les Biggs at Friday, January 06, 2012

Dear both
not sure how far you have got, or planning to get, but you may not have heard that they are closing Tring summit on Tuesday. Water problems - see Canalworld Forum for details, due to be closed for 2 months. Hope you can make it past in time- if you want to.
Kath (nb Herbie)

Sue
You are brill. XXXXXXXX

Kath
Thanks for the tip but we have managed to get way past the summit.
The journey will be on the blog soon. Not at all surprised at the closure decision.

Ah.That's good. I thought you might be but wasn't sure. Will be interested to see your pictures.
Kath

Les, pictures of the scenes with some of the boats afloat were what kindled my interest in canals many years ago. I wonder, how many other canal side pits are graveyards?

Mike
Good question. Up on the Trent & Mersey north of Middlewich in the salt mining area there are some boats sunk but still showing a lot above the surface.