When ice is melted by increasing its temperature, the open cage structure starts collapsing due to partial break down of the hydrogen bonds. H2O molecules start to come closer; also the water molecules separated from ice structure fill the vacant spaces in open-cage structure. This results into concentration of volume. Hence, the density of water starts increasing on heating above the melting point of ice and becomes maximum at 4°C.

On further rise in temperature, the kinetic energy of molecules increases and they once again start moving away from one another. This causes expansion, which is much more than the concentration caused by breaking of hydrogen bonds. Therefore, above 4°C the density of water once again starts decreasing. Thus, the maximum density of water is at 4°C.

There now you know what happened to all the ice that stopped all the boating the last few weeks. It`s no good just saying the ice has melted you need to know what is happening so i`ve delved into my scientific brain( the internet) and now you know.


So nice to be cruising after being iced in and even though the southern Gd. Union Canal has

become so familiar over the years today it all seemed like virgin territory. Under the fancy stone bridge the Earl of Essex insisted was built before he would allow the canal to pass through his land. 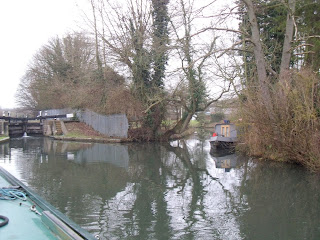 On through Lady Capels lock alongside the wharf entrance of the same name. Lady capels wharf came about because of coal duties imposed by the Corporation of London on coal shipped by sea and when the canal was born a clause in the act that was granted to the canal company prohibited coal being transported into London. The wharf was set up to off load coal for shipment by horse and cart untill later when coal was allowed into London upon payment of fee`s paid on tonnage. 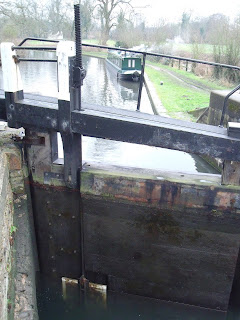 I took this through the gate at Lady Capel lock because i was so happy to see NB Valerie with no ice imprisoning her. You can see how the gate paddle has been wound up allowing the water to empty from the lock in case any non boaters are interested. The white plate that covers the hole is plastic as opposed to the originals that were wood. 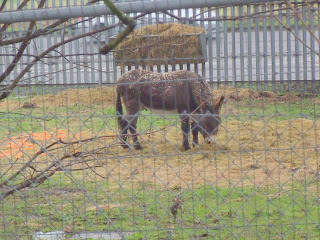 On through Hunton Bridge locks and the old beast has been there for.....donkeys years....sorry. 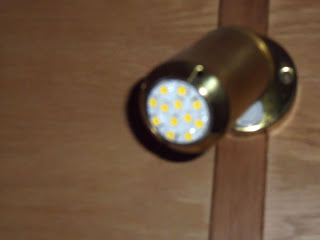 a lot of searching on the webbernet came across a fellow boater running a cottage type industry from her boat. When sourcing led bulbs you will find some that seem cheap but be wary these tend to be only rated at 12v and as we boaters know when running the engine to charge our batteries voltages above 12v can be running through the wiring. In fact i have just put a meter on one of my sockets and got a 14.6 reading that could cause these cheaper bulbs to fail. The ones i have purchased are rated at 10-30v so this problem is avoided.
The picture above shows my spotlight above the dinette that has 12 LEDs and below the ceiling lights have 9LEDs. 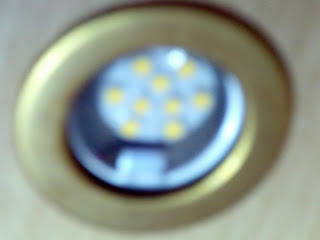 The site you need if interested is HERE ask for Sarah and say Les sent you. I`m not on any commission and only give this link because of the 1st class service i recieved.
The 1.8w and 2.4w power of these bulbs is far less than the 10w Halogens i replaced with just one section of 4 ceiling lights amounting to 7.2w against the original 40w of the Halogens so you can see a lot less demand on your batteries.
Posted by Les Biggs at Friday, January 22, 2010

Sun Jan 24, 11:00:00 AM
grey wolf said...
the change of density of water from ice to water also explains why you get burst pipes.At 4 degrees water reaches it minimum volume so the pipes at this temp contain more water,in making ice at zero degrees it expands in a form that of a solid splinting a sealed container,we only notice the split when the solid once again becomes a liquid.If water reached it's minimum volume at zero or the point it becomes a solid we would not get burst pipes.NOW not a lot of people know that. Glad you are able to move again enjoy your journeys.

4 tangerine`s in an orange,
how many apples in a pear?