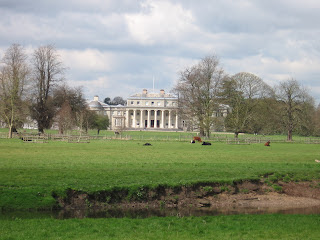 This is Shugborough Hall which was the ancestral home of Thomas Patrick John Anson 5th Earl of Litchfield better known perhaps as Patrick Litchfield (1939-2005) the well known photographer of royalty. Mainly because of death duties it is now owned by the National Trust and run by Staffordshire county council.
Today it cosists of 900acres but back in 1624 William Anson purchased 8acres and a manor house. In 1693 the grandson also called William demolished it and built a 3 storey house that forms the basis of the hall today
George Anson(1697-1762) a decendant of William joined the navy at 14 and became an Admiral. During his famouse circumnavigation of the globe he captured a Spanish treasure Galleon that netted him £400.000 pounds part of which helped to develope Shugborough and buy more land.
It`s very interesting to read especially as we can relate it to Parick Litchfield take time to read the history by clicking here. 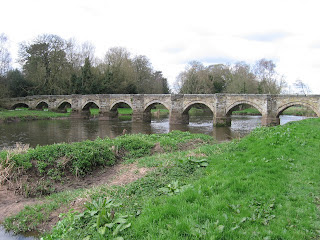 Above and below are pictures of Essex Bridge Grade one listed and built in 1550 for Queen Elizabeth 1 so she could hunt in woodland around the village. Only 14 of the original 40 span arches remain. Couldn`t get a horse & coach over there.......read on. 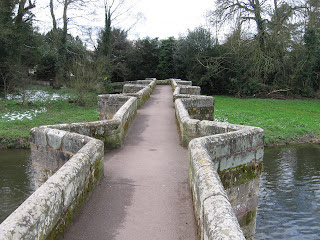 Below standing on Essex Bridge the rivers Trent&Sow join. 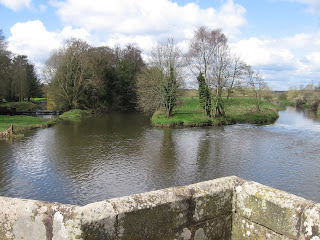 The bridge below was built by the Anson family of Shugborough Hall but quite when i have not discovered, it was one of 2 bridges that enabled the family to drive to church in their horse drawn carriage that would not fit over the Essex Bridge pictured above. If anyone finds any info as to when these bridges were built please let me know. The Trent&Mersey canal that flows 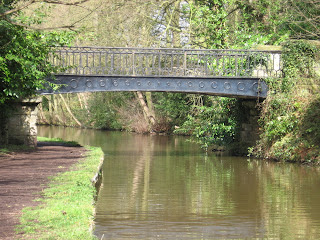 under this iron bridge was completed in 1777 so it is safe to assume it came later but i would love to know. It`s strange that when you are working these things don`t form part of your life but when retired and travelling with time to spare you have time to investigate.
Anyway the 2 pictures below show all that remains of the second bridge that spanned the River
Trent and made this epic journey to church possible for the Anson family.
The story goes on in as much as when his lordship had a disagreement with the vicar at the village church he built a roadway to the next village Little Haywood so he could attend church.
So if you venture this way walk across the iron bridge and bear right and you can follow through the woods what was his road to the second church. 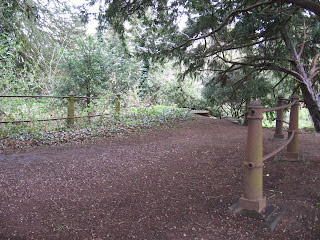 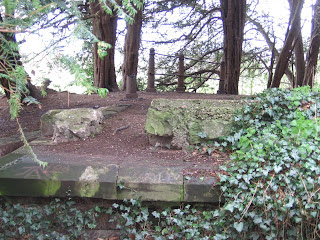 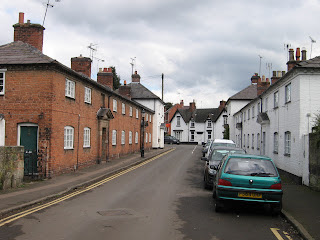 to close to the hall and they wanted more privacy so the village was moved. So if you`ve rotten neighbours build them a house somewhere and when they get back from work tell them they`ve moved and their demolished house is now part of your estate. 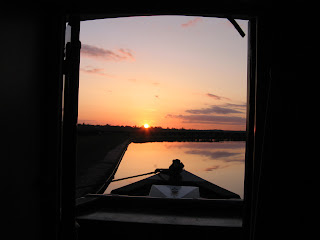 Just the time now to say goodnight with the sun setting as i sit in the boat and the one below is because i could be bothered to stand on the front deck so you could have a better view. 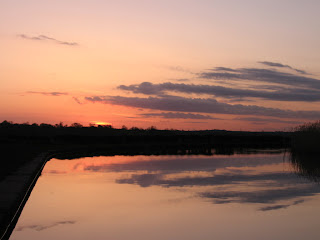