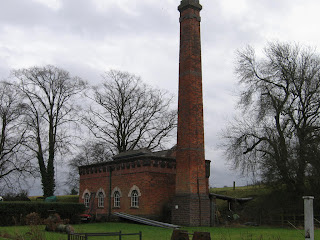 After exiting the tunnel and descending the flight of 6 locks the first building to be seen is the old water pumping station. 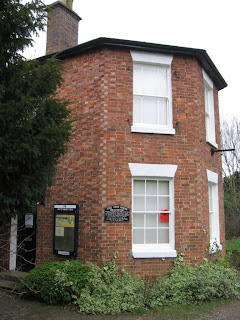 Just past the entrance to Braunston Marina stands the Stop House now a BW office but when built in 1796 by the Oxford canal company it was a main office and was where tolls were collected from boats using the companys routes. 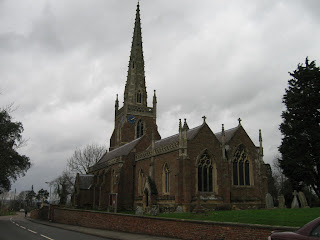 Braunston village sits upon a hill overlooking the canal and like all villages it has a fine looking church. Braunston has had a church on this site since Norman times. The present church was built in 1848 at a cost of £6ooo and parts of the previous church that had stood for 500 yrs were used in its construction. The church was known as the boatmens Cathedral and many boat people are buried here. The name Nurser rang a bell as i walked around the graves as the Nurser family had a yard in Braunston. So many headstones were un-readable but i did see one dated 1672, as they say your a long time dead so make the most of life. 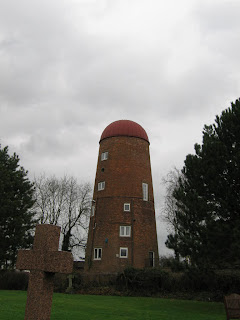 Next to the church is this old Windmill now a private residence. 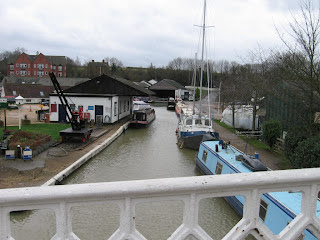 If you stand on the bridge -built by Telford in 1834- next to the Stop House the view is the original line of the Oxford Canal that arrived in Braunston around 1774. At the far end a boat builders shed covers the last part of the canal. Standing here it`s hard to imagine the activity of boats loading and transhipping cargoes, Pickfords, Barlowes and Willow Wren being just some of the canal carriers who had premises here. Now the warehouses have given way to flats. Just behind the block of flats on the left horizon stood Braunston rail station now sadly no more although i did walk the trackbed to a point where it crossed another train line because at one time Braunston had 2 stations although the second was closer to Willoughby than Braunston 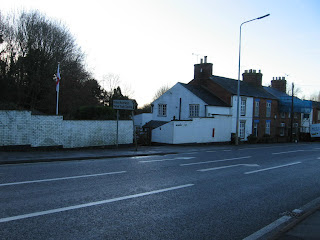 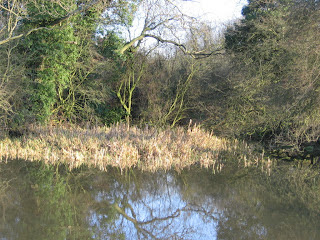 Going behind the houses all that remains here is a large pond where once the Oxford flowed.
As it was a bright sunny day, what i hear you say, well it was a couple of weeks ago when i was here i spent 3 hours walking through fields tracing the old route still visable in places right upto the point it became the present route of the canal. It actually turned away from Braunston its twisting route coming back across the present line and ending up at the pond. 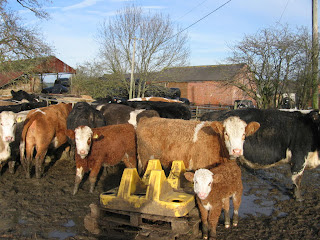 When you are trying to trace an old canal route it`s best to ask anyone you meet along the way if they can help but this lot either didn`t know or wouldn`t say. 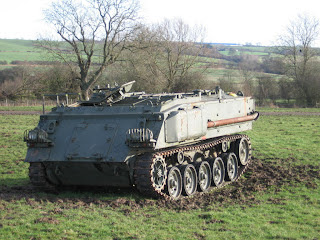 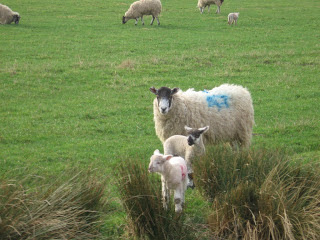 Ahh! a chance here but all she said was "I`m to busy looking after the little ones to help you"
Born the last week of January i hope they stay close to mum for warmth.