Well here they are my new crew for a week, Jordan and brother Jack seen here on one of our walks at the top of Cracks Hill in Crick. They arrived with mum&dad (Andy/Bev) at Braunston 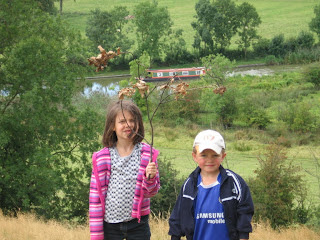 with enough clothes for a week and a half (wise mum) plus computer games, DS i think there called but then gramps is old, isn`t he Jordan!, and so they might be make up cases for all i know. So below we have Jack helping move the boat along to a gap in the hedge where they can get into the field and old grandad can watch them while they bravely venture to within 1/2 mile of some cows. Wish i was young and brave. 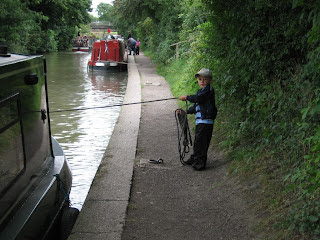 The picture below came about when grandad told them about boats being pulled by horses but nowadays the boats had engines, my big mouth, so what do they want to see?, the engine and then what? yes to get in the engine bay. 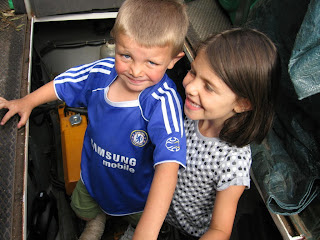 I told Jack boats had to be washed every week, cruel i hear you say, rubbish he couldn`t get the bucket filled quick enough. 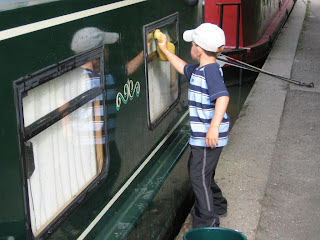 Now this thing about female drivers, i can tell you this young lady was a lot better than her brother. Jack tended to push the tiller one way or the other there didn`t seem to be an in between position but Jordan had that gentle bit at a time touch. 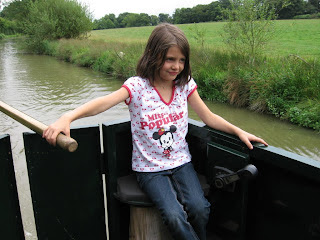 So off we went up the Braunston flight and through the tunnell heading for Crick. Jack loved the tunnell but Jordan after showing her face briefly went and played on her game machine inside. Anyway after stops on the way of our months of cruising, well at the end it felt like months ok i was just plain tired and as Jordan said old we arrived at Foxton where i was due to be relieved of duty by mum & dad well in about 24 hrs time. 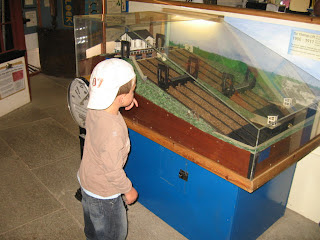 So off we went to the canal museum that sensibly only charges adults and lets 3 children in for nowt. Jack enjoyed operating the model of the inclined boat lift and they both had fun on the 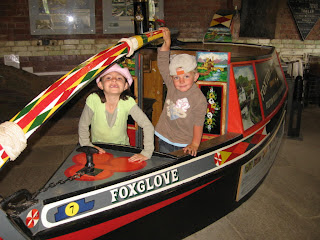 mock up of a butty boat and after the pair had run around the museum and had a go at getting the boat through the model lock we had lunch at the top of the flight in the old lockeepers cottage that has been turned into a cafe.

Hi Les,
Those are great pix.