Andy/Tina posing outside the Bull Ring shopping centre. The city centre of Birmingham is noticebly litter free but that`s probably because all the rubbish goes in the canal but seriously well done Brummies nice clean streets. 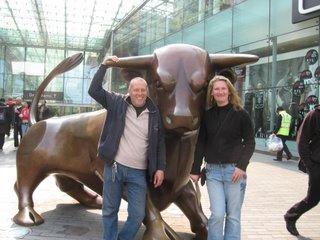 British Waterways doing their daily run clearing the floating rubbish in and around Gas St. Basin Pity they can`t do the same on the canals entering and leaving Brum as i think this is the worst city i`ve visited for rubbish. On our way in we even saw a 3 piece suite floating over a half mile stretch plus all the shopping trolleys and general rubbish. 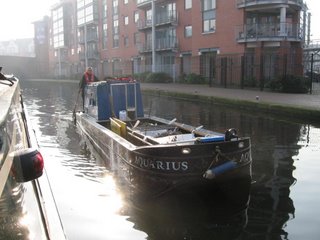 After the built up area of Birmingham it`s so nice to see some open countryside. 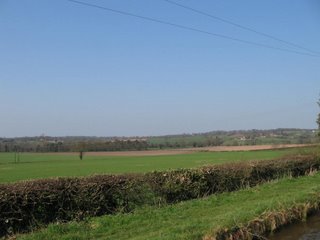 First chance i`ve had to get a pic of the lambs although they have been appearing in the fields for the last month. 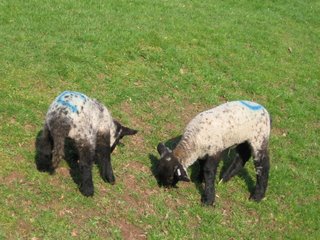