Well now we head back south for christmas. I say we in that i am still in the company of John and his boat TUI.
As we head south we will be going back over old ground as far as Barbridge Jct where we came in from Middlewich, but lets have a look at a few things as we go. We stopped off at Chester again for a few days because if you have visited you will appreciate just how much there is to see in the city.
We are heading back via Birmingham so John can see his daughter who is at Birminham Uni and besides Birmingham is the heart of the system where so many canals converge and so much has changed since the days of the working boat.
So sit back and enjoy the trip as we head back to the grandchildren and lots of christmas hugs. 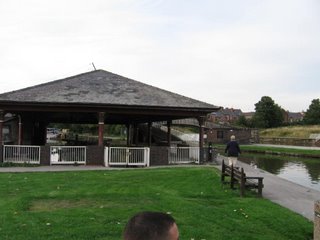 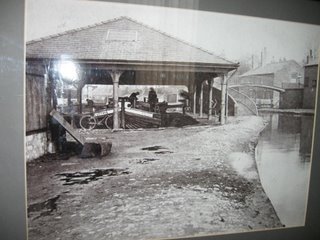 Here`s a then and now shot. I took a pic of a pic in the museum and the top picture is from the mooring in Chester. Passing back through Chester reminded me so there you are. See all the buildings have been pulled down to the right. The basin is still there and in water, a swing bridge carries the towpath across the access channel. 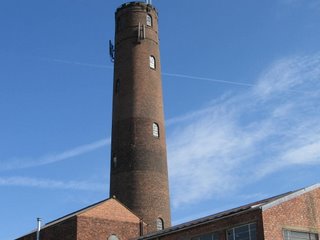 LEAD SHOT TOWER. Built in 1800`s for production of lead shot. The molten lead was poured in a sieve at the top and fell down into a water tank as it fell the lead becme round in shape and solid finaly hardening in the water. 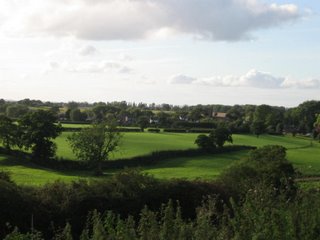 Just one of many nice views along the way 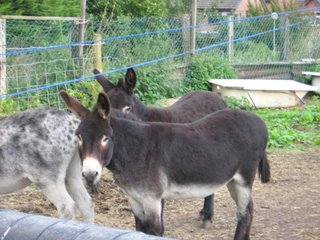 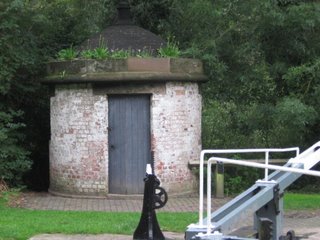 A lengthsman`s hut. The lengthsman was responsible for a stretch of canal and in the hut he would keep tools etc to maintain his length. Inside he could light a fire in winter but other than that they offered no comforts.
Posted by Les Biggs at Wednesday, September 27, 2006

Absolutely wonderful with the history of it all. You should write a book.

Had an e-mail recently from New Statesman asking me to do a blog for them, but i just don`t want to be tied down in any way whatsoever.
LES

deepjoy les thanks for the trip.
give john my regards barry.