Fenny and Old Linslade and into Leighton Buzzard

We spent a few days at Fenny Stratford but decided to move on and fill the water tank as the weather forcast mentioned plunging temperatures. 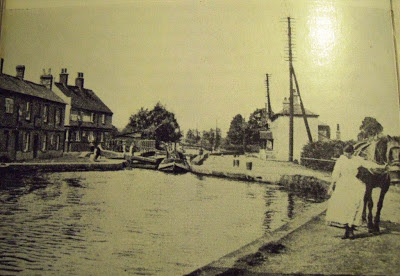 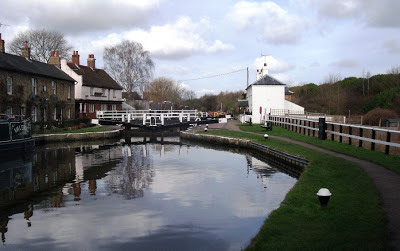 The pictures are the same scene with perhaps a good many years between shots. The lady holding the horse with her long ankle length dress might date back to 1920/30 but i`m just guessing. 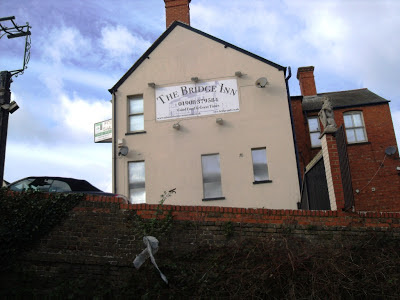 Leaving Fenny the Bridge Inn is closed with the windows boarded over. The sign on the front says for sale but I would imagine it will never be a pub again instead perhaps a block of apartments. 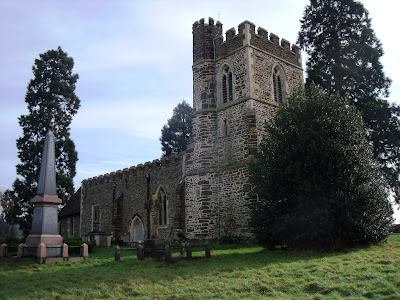 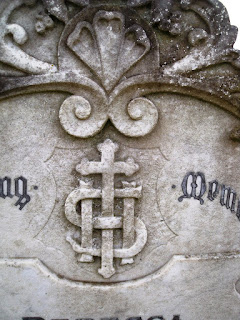 A few days at Old Linslade with a nice quiet mooring. The church of St. Mary`s is about a thousand years old  and was once part of Linslade village. Leighton Buzzard station is actually in Linslade and it was to this station the village moved and now the two have flowed into each other to become Leighton Buzzard.

The gravestone on the left has a symbol that appeared on many other stones in the churchyard. We are thinking it might be a stonemason`s mark. It has the cross and the letters S H. Anyone any idea? 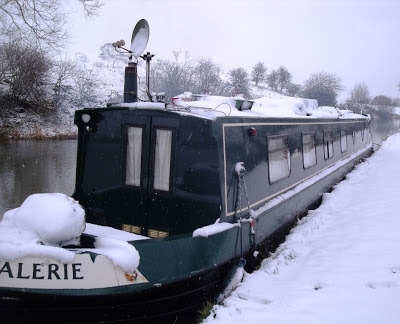 This was Nb Valerie after a night of snow at old Linslade. The satellite dish had so much snow that the picture faded. We moved into Leighton Buzzard town centre to food shop and visit the 7 or so charity(thrift) shops looking for books. Nine books have found a new temporary home on the boat including Jaq`s find, Keith Richards(rolling stone fame) autobiography. So now out of town to find a quiet mooring.

The IHS is a symbolic monogram of Christ used by the Roman Catholic Church. This monogram consists of the Greek letters iota, eta, and sigma, the first three letters of the name Iesous (Greek for Jesus), the letters of which are also used to spell out the Latin phrase “Iesous Hominem Salvator,” “Jesus, savior of man.”